Thursday, after working crazy work hours in order to leave work early, I took off to PA to see Hanson in Philly. I met up with my partners in crime for the night – Maribeth and Amber and the original plan was to take the train to the venue but last minute Maribeth decided she could probably drive it and find a parking garage nearby.  The GPS rerouted us at least 5 times and we ended up making it there just before the opening act, David Ryan Harris, was set to take the stage.  Once I made it up to the balcony the lights went out on me and it was time for David.  As much as I enjoy him, he is a bit too mellow and almost became the only artist to put me to sleep during a show – TWICE.  Great if I was trying to fall asleep. Not so great to hype me up before Hanson taking the stage.

The goal for this show was the same as all the rest – get a new song I had never heard live before.  Unfortunately that didn’t end up happening as the new cover “Ain’t Too Proud To Beg” was not put in the set and everything else I had heard before.  However, Isaac did do “More Than Anything” as his solo which is a rarer song and a treat. They also threw Sound of Light into the set which is on their Hanson.net Members EP that is not a common song either.  (I was in Tulsa for the recording of the Members EP though, so I heard that one before – actually twice before because they had to do it twice for recording purposes)  Zac also did a rarer solo song – Get So Low – that he had previously premiered in Jamaica and done only a couple other times as a solo on tour.

The lighting at the venue was also not the best for pictures, but overall I thought the setlist was strong and it was a solid show.  We ended up going to a closed ice cream shop to buy water after the show and headed back to Maribeth’s house before taking on round 2 the next day. 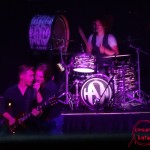 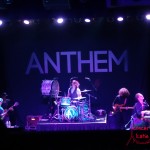 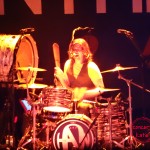 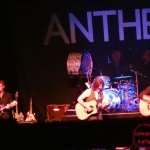 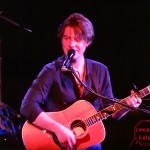 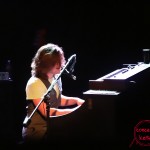 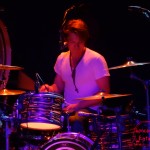 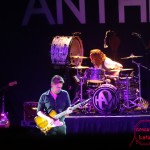 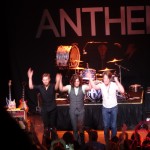