November 7, 2013 by ConcertKatie No Comments

While in Vegas, we went to see Recycled Percussion 4 times.  I’ve been debating if I wanted to do 4 separate posts or just one big one and decided on one big one.  I get asked a lot if the show is different every night – and while the basic idea of the show is the same, with audience participation you never really know what you’re going to get.  They were also switching out band members through the week which made for even more differences in the show. (And one night we were waiting for pictures and this guy came up and said “Is there like a rotating green member? It was the old guy and now it’s you and the other night it was a black guy…” Made for some laughs and we’re all pretty much cracking up in the picture too from right after that.) One night we did Hanson shirt night and then the next night we ended up getting Justin to mention Hanson while on stage.

For those of you who have never been to a show – while you’re waiting in line there are bins of “junk” and you get to pick what one you want to play during the show.  Each item has a spray painted color on it – green, red, black or blue and that is the “team” you are on for the night.  With going to 4 shows, we were able to be on a different team each night.

Each night there is also an older woman who gets chosen to throw drumsticks to Justin.  One of the nights the lady didn’t want to throw them and instead walked up on stage to hand them to him.  Hilarious.  You never know what you’re getting with audience participation.

There is also a time when about 8 people go on stage for “Training Zoo” and that is always hilarious because sometimes you get some real hams up on stage.  And sometimes you get people dressed as pirates who put their eye patch over their monkey mask…

My favorite part and I don’t know why is when Justin does the funny voices with the mic. I’m not sure what it is – and he basically says the same thing every night, but I will crack up EVERY time.

There is also the van part which I love, that they couldn’t do at the shows in NH.  The show from NH to NV is much different. Matt and Justin had asked me how I liked the Vegas show compared to New Hampshire and I said it was “way better” and they laughed.  There is just so much more they can do with the show in Vegas since they are there every night versus traveling from venue to venue for a week in New Hampshire. 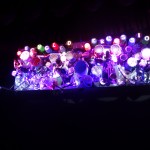 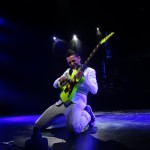 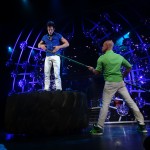 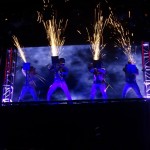 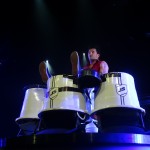 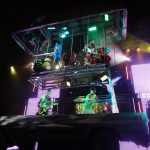 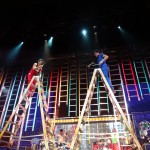 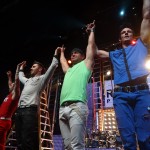 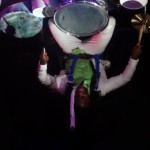 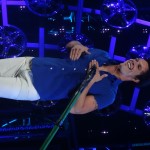 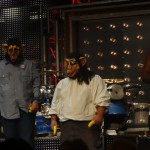 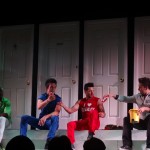 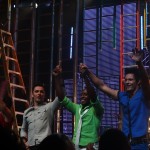 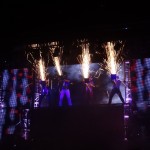 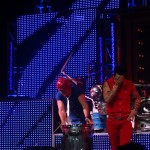 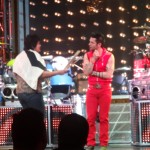 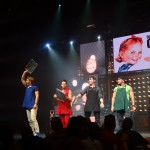 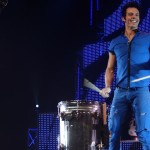 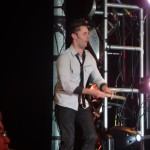 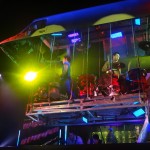 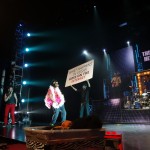