November 13, 2013 by ConcertKatie No Comments

Friday I had taken the day off of work because we had scored 3rd row tickets to the Pittsburgh show.  The Carnegie Music Hall Library is one of the best venues I have ever been to, ever.  It’s just a shame that it is 7 hours from me. (Fortunately, only about 3 hours from Maribeth).  Five of us were going to the show and we all packed in the car for the road trip. We ended up getting to the venue in time to catch the tail end of David Ryan Harris’ set and didn’t actually enter the theater until he was done.

The nice thing about this venue is that it was actually built for acoustics and performing without being amplified.  Hanson love this and usually do a completely acapella number with no mics.  Last time they did Change In My Life and it was absolutely incredible.  There was no doubt in my mind that they would be doing something like that again at this show.

The show started out almost the same as the night before – only with the addition of Penny and Me (a song I can do without – I think I ODed on it on the 2004 tour).  Even the acoustic set was going along the same way until they all were standing around mouthing things to each other.  I had thought Zac mouthed “Strong Enough To Break” to Taylor, but whatever it was, Taylor stuck his tongue out and said no.  They all walked to the front of the stage and Zac told us about how they liked the venue and were going to do something unamplified but we’d all have to be very quiet.  We all agreed and he said they were doing something by the “original 3 brothers band” and went in to an amazing rendition of The BeeGees “Too Much Heaven”. I freaked out (silently) in the beginning but then thought enough to get my camera recording.  For the most part the crowd stayed quiet but there was a bit of “ssshhh”ing going on and there was some phone that seemed to be talking as well – a guys voice. Not sure what that was all about.  And I’ve never heard so many phone notifications during a song in my life! 😉  But despite the minor interruptions the rendition was absolutely amazing – AND I got a new song – NEVER before performed to add to my list! (They’ve since added it into the set at the shows afterwards so I’m not feeling as special as I was – but all the other shows got it with a microphone!)

After that it was time for Isaac’s solo and he joked about how it would be hard to follow that.  He did For You Love… surprise surprise. (I’m 4 out of 6 with that as his solo).  Zac came out and did Go on the guitar and Taylor did Lost Without You – which was another rare one that they’ve done less than a handful of times.

We got the Happy Together cover as well – which Maribeth was excited about (we have been hounding them about covers every time we see them!) but I had previously seen in Vegas. (Still a great cover though!) And the encore was Already Home which was another rare one.

Overall this show was WAY better than Philly and I’m sure we will be trying very, very hard to go to shows in Pittsburgh from now on… Cmon shows on the weekends boys! 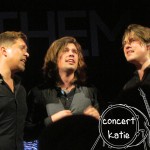 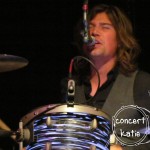 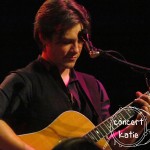 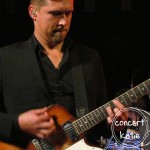 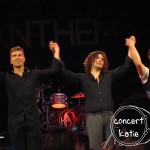 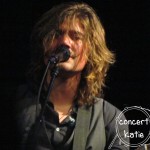 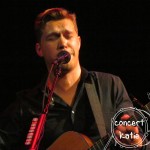 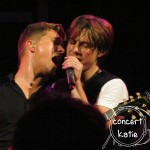 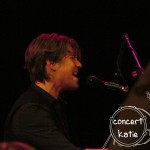