The Wanted at Foxwoods

October 26, 2013 by ConcertKatie No Comments

Friday night The Wanted brought their fall tour to Foxwoods.  Getting tickets to this one was a lot of fun.  And I’m being sarcastic, kind of.  First, there was a presale.  While Foxwoods emails me passwords for every OTHER presale they do at this venue, for some reason I never got one for The Wanted.  Then rather than tweet the password out to EVERYONE, they replied to only a few girls tweets and by the time I found that – all the decent seats were gone.  There were only a handful in the lower orchestra to begin with.  Then the public sale was when I was in PA for Mixtape Festival so Maribeth got recruited to help me and once again – NOTHING in the orchestra.  I ended up going to Foxwoods website (they sell tickets themselves AND sell them through ticketmaster – it’s crazy) and was able to find a seat in the orchestra on the side but on the aisle closest to the center.  I figured if someone better came up I’d sell it and buy another one – and then dummy me had it put at Will Call instead of print at home. (It’s the scrapbooker in me)

A couple of weeks later my friends gave me a heads up that there was 5th row on ticketmaster now and while I was debating buying a second ticket, 4th row popped up so I snagged it.  Then I had to take a trip to Foxwoods to pick up the Will Call ticket after selling it on StubHub. (Whew. At least I wasn’t stuck with it.)  I also ended up winning 2 tix but no one wanted them sooo… I am thinking a ticket scrapbook header is in my future. Ive never wanted to cut up my own tickets before but since these are extra…

All that effort absolutely ended up being worth it because I was the closest I had ever been at the venue! We were off to the side, but the guys are really good about going to the far ends so it was perfect.

Midnight Red opened up the night after their tour with Austin Mahone got canceled.  They did I think 4 original songs and a few covers which included Rihanna’s Diamond, Bruno Mars Treasure and an acapella version of Boyz II Men.  AND they dance.  They are no NSYNC, but a dancing boyband has been missing from my life.  I think the girls were really into them too – that or they were being murdered – based on the screams.

Then it was time for The Wanted!  Their band took the stage and played the intro music and one by one they appeared on the stage for All Time Low.  The shows was pretty much constant high energy and I didn’t sit down once – which is probably why today I feel like I’ve been hit by a bus. (Totally worth it though)  Nath was completely cracking me up the whole time when he was over by our side, kind of having miming conversations with the crowd while he wasn’t singing. He’s adorable.

For Heart Vacancy each guy gets a girl up on stage with him… well, usually.  Except last night Jay had a large and tattooed man that would absolutely HILARIOUS. (He didn’t get to pick for himself)  We met him after the show and he said that he was a friend of the drummers and when Jay hugged him he said “Please don’t kill me” and then he told him that he was Tucker’s friend and he was glad about that.  We were also told Jay smelled wonderful. haha.  It was seriously the best heart vacancy… person, probably ever.

And the encore was We Own The Night and Glad You Came – where they allowed the first 5 rows to run up front but no one else which was kind of nice.  Although I didn’t go up there, which was kind of neat because then I was kind of the only one left and got lots of eye contact!

After the show they had a stack of setlists to give out, and I ended up with one from one of the security guards pockets, I think, because it’s all folded up.  We couldn’t find any spot where they might be doing pics or autographs (there’s really no spots at these casinos and it stinks because the venues are nice!) even though we did a few laps of the casino and stopped at the pay with mobile slots section before retreating to the low stakes poker tables.  Oh well, I have VIP for April 🙂 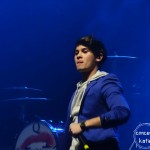 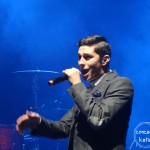 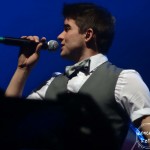 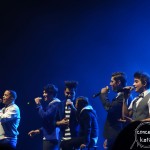 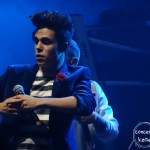 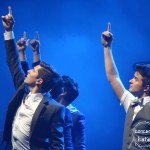 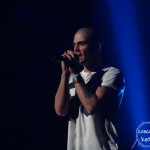 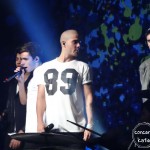 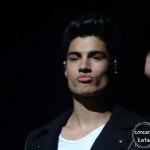 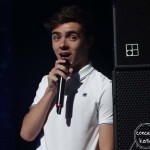 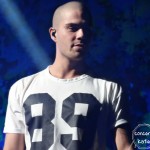 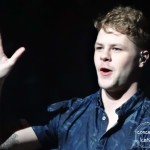 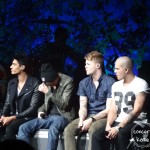 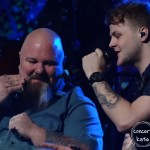 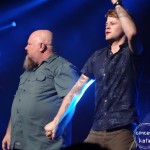 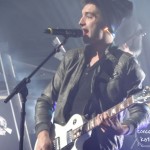 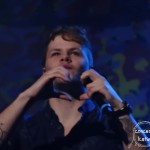 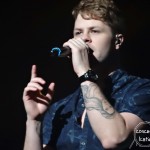 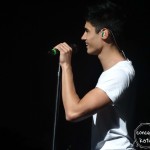 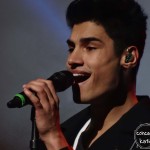 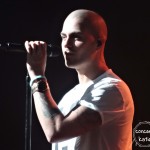 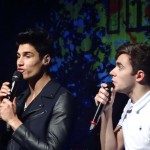 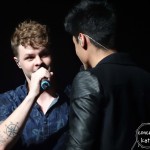 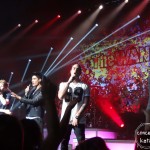 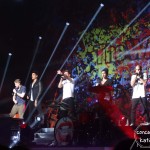 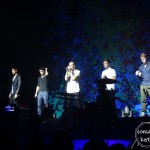 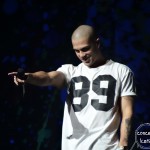 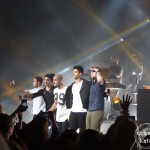 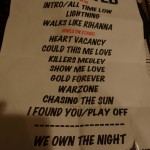