I Am Yours To Be Released October 8!

October 5, 2013 by ConcertKatie No Comments

Book 3 in the HEARTBEAT series

Adam is at a crossroads.

He has Katie on his mind and Jada in his bed.

Now with the ultimate choice before him, he must decide between fantasy and reality.

Katie’s his dream girl, but Jada’s his best friend, his partner. As a paramedic, he’s supposed to save lives, not wreck them. Yet his failure to commit leaves a trail of heartache in his wake.

Things come to a head at his brother’s wedding when a surprise announcement leaves Adam scrambling to pick up the pieces. Sure, women find his shaggy blond hair and aquamarine eyes irresistible. But to him, sex is nothing more than a means of escape … until it turns into a psychological trap.

His mind is telling him one thing, while his heart is beating another. He’s not sure what he wants when it comes to a serious relationship. Sorting out his feelings, he finally comes to a startling realization. He is capable of love.

But what if it’s too late?

His shaggy hair is falling in his eyes as water drips from the ends. The buttons of his shirt are undone and droplets cling to his bare chest. His lips are parted and his blue eyes radiate a mixture of elation and desire. He knows that he’s trespassing where he doesn’t belong, but he doesn’t feel the need to ask anyone’s permission to enter my bedroom either.

I tilt my head and gaze up at him, my hair tumbling over my shoulder. He advances toward me, looking somewhat guilty, bordering on apologetic. He realizes he shouldn’t be here, but he is. And I don’t want him to leave. I like the danger of having him so close.

He blinks and raindrops fall from his eyelashes before running down his face. And that’s all it takes for the sheer happiness of the moment to light up my face. I rush toward him as he greets my smile with one of his own. Its sincerity warms my heart as he looks at me like he’s just completed the longest journey of his life, filled with relief at finally reaching his destination. He’s come home. He’s where he’s supposed to be. And if I’m being honest with myself, I feel like I’ve been waiting for him all along.

The force pulling me to him is too strong to ignore. I don’t fight it. I give into it. I let it take me over. I stride up to him, reaching up on my toes, my fingers dancing across his neck as I take his lips with mine. Pressing myself into him, the front of my white t-shirt is soaked instantly. But instead of experiencing any kind of chill, I feel like I’m burning up.

The kiss is gentle this time, lasting only a few seconds before he draws me into a hug, laying his sopping head against my shoulder while wrapping his arms around my waist, drawing me as close as he possibly can to his body. He winces when I squeeze him back tightly, causing him to loosen his grip on me and step away. I reach up one hand at a time to examine his face as he tries to look down, refusing to meet my gaze. Finally, he gives me a mournful smile as I persist. Silencing my worries, he runs a hand lightly across my face before bringing me in for another kiss. He’s so careful with me, so tender. He breaks away to smile at me again, a look of wonderment in his eyes, before resuming our kiss.

Slowly releasing my lips, I allow my hands to roam down his chest as I start to tug on his shirt. He complies with my request, but he seems to be in pain as I help remove the sleeves from his arms. I glance up at him in concern, and he whispers, “My ribs. They were broken not too long ago. I don’t think they ever fully healed.”

He hangs his wet shirt on the bedpost as I run my hand gently over his chiseled abs. He bends his head to the side, closing his eyes. He doesn’t open them as I glide my fingers over the scar on his forehead, where undoubtedly he had stitches at one time. My heart contracts as I ponder what happened to him. He submits to my touch, moving his head along the path of my fingertips, yielding to my efforts to examine him. He doesn’t resist, but I can sense he doesn’t want me to linger on his injuries either.

His hair appears darker now that it’s wet, and I can’t help twisting my fingers through the strands at the back of his neck as he rests his forehead against mine. He’s so close to me. All I can see are his eyes. He leans back, pushing my hair away from my face. The way he is looking at me is like he’s taking in every part of me. It’s hard for him to keep his lips off mine as he brushes a featherweight kiss across them. It feels so intense. I have to look down for a minute.

When I’m ready to meet his eyes again, his hands travel up my sides, encouraging me to lift my arms. I do so, and within seconds, his fingers are at the hem of my shirt, pulling it up and over my head in one swift movement. I help him free my long hair from inside the collar, reaching behind me to hold it up, trying not to think about my bare breasts being visible. He drinks in every inch of me, and that smile is back on his face as his hands caress my back. This time, it’s Adam who lifts my hair away, entwining it through his fingers while resting his chin on my shoulder, allowing his free hand to roam the full expanse of my back from shoulder to hip. I slide my arms around his lean, muscular body as he buries his face against my neck. When he stands upright again, he nuzzles my ear as I extend a trail of kisses along his jaw. He sighs in contentment as his stubble bristles against my lips.

Books in this trilogy:
(linked to Goodreads)

About the Author:
Faith Sullivan is an author of New Adult contemporary romances including the HEARTBEAT trilogy, the TAKE ME NOW series and the 9/11 novel, UNEXPECTED.

Where to find Faith Sullivan: 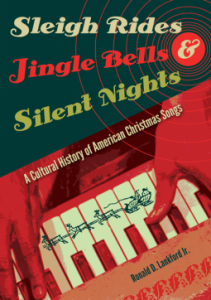 Sleigh Rides, Jingle Bells and Silent Nights is a Cultural History of American Christmas Songs.  For some reason, I always find myself drawn to these christmas song books.  While this post isn’t actually going live until October I am actually reading it in July during one of our many heatwaves.  Maybe wishing to be cold and have snow is what drew me to this book this time.

The first page of each chapter has the paragraphs/quotes arranged in such a way that it looks like there are 3 christmas ornaments on the page.  Definitely an interesting touch!

It focuses a bit on several different topics and mentions the songs that fit in to each such topic.  A lot of these songs were written a long, long times ago but have been re-recorded time and time again and continue to remain popular.   I never have really thought of these songs from a history stand point – they are just classics that we all know and love and sing around christmas time (or after thanksgiving or maybe even after halloween depending on how early they try to squeeze the holidays in stores now!)

Overall it is a very in depth read on a lot of the Christmas music that you know and love (if you celebrate Christmas, that is) and certainly interesting to read about!

When Bing Crosby’s “White Christmas” debuted in 1942, no one imagined that a holiday song would top the charts year after year. One of the best-selling singles ever released, it remains on rotation at tree lighting ceremonies across the country, in crowded shopping malls on Black Friday, and at warm diners on lonely Christmas Eve nights. Over the years, other favorites have been added to America’s annual playlist, including Elvis Presley’s “Blue Christmas,” the King Cole Trio’s “The Christmas Song,”  Gene Autry’s “Rudolph the Red-Nosed Reindeer,” Willie Nelson’s “Pretty Paper,” and, of course, Elmo & Patsy’s “Grandma Got Run Over by a Reindeer.”          Viewing American holiday values through the filter of familiar Christmas songs, Ronald Lankford examines popular culture, consumerism, and the dynamics of the traditional American family. He surveys more than seventy-five years of songs and reveals that the “modern American Christmas” has carried a complex and sometimes contradictory set of meanings. Interpreting tunes against the backdrop of the eras in which they were first released, he identifies the repeated themes of nostalgia, commerce, holiday blues, carnival, and travesty that underscore so much beloved music. This first full-length analysis of the lyrics, images, and commercial forces inextricably linked to Yuletide music hits the heart of what many Americans think Christmas is–or should be.  Ronald D. Lankford Jr. is a freelance writer on music and popular culture who lives in Appomattox, Virginia. He is the author of Women Singer-Songwriters in Rock: A Populist Rebellion in the 1990s and Folk Music USA: The Changing Voice of Protest.