Casey James at the Wolf’s Den

October 14, 2013 by ConcertKatie No Comments

Saturday night Casey James returned to the Wolf’s Den. Mohegan Sun had a giveaway for 4 reserved seats for the show (normally first come first serve) and a signed poster.  At first someone else had won but then Mohegan contacted me and said that the winner had declined the prize and that I was the next in line to win!  I obviously accepted the prize and was told that the poster needed to be picked up at the hotel concierge.  When I arrived I figured that I would grab the poster, roll it up and carry it with me to the show.  Except that when I picked it up… it was a LOT bigger than I was expecting (not that it was a bad thing!) and it was on posterboard so I couldn’t roll it.  It was one of the ads for Casey’s signing the last time he was at the casino last year that they hang up around the casino to promote it. Very cool!

I dropped it off at the car and waited for my friends to arrive and we headed inside.  We were one of the last tables in the back which gave us a nice view of the stage.  He said that he was working on a new album and hoped it would be out soon and that he was kind of growing tired of the old stuff – not in bad way but he was just looking forward to adding some new material into his sets and giving us something new to listen to!  He also kept teasing that we were asleep because the clapping and cheering was minimal at times.  But he got us doing a call and response and trying to beat out one side versus the other.  In the end, I think it was a tie 😉

He played just over an hour set and then said that he’d be signing and doing pics at merch which I was excited about.  I’d met Casey before but never got a photo with him! (Last year at the casino I couldn’t stay for his signing)  It seemed like it took FOREVER for him to come out (it probably was only 10 minutes) and he chatted signed and took pics with whoever waited.  We were near the front of the line, but it was pretty long when I had looked back to see how many people were behind us! He was nothing but sweet and asked if I had seen him before because he recognized my face.  I was surprised because it was a while ago when I had last met him – but he did tell me at that time I was the first person who told him I had pre-ordered his CD, so I guess I was memorable! 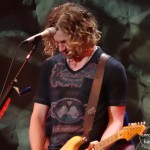 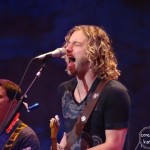 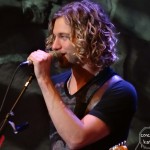 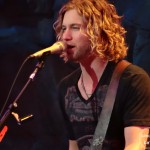 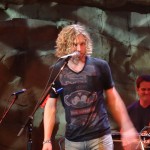 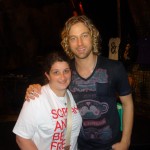 I’m not sure how accurate this setlist is w/ the new song titles (I guessed, mostly) but here goes nothing: