November 18, 2012 by ConcertKatie No Comments 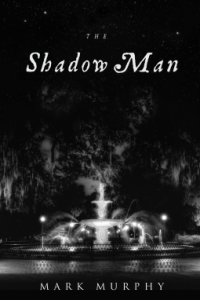 I’ve been on a bit of a murder mystery kick lately, though I really need to stop because they’ve been leading to some crazy nightmares!  Here’s hoping I don’t get another one tonight based on The Shadow Man, but there were some creepy moments so it is a definite possibility.

The story is about Malcolm King, a successful surgeon with a loving wife and daughter.  He goes to Miami for a meeting and that is when things start to get interesting.

He is hit by a car in the parking lot and speeds after it.  Unfortunately he gets pulled over by the cops and can not catch the guy that hit him.  Later this links him to a murder.

Fortunately for Mal, his best friend since childhood, Ben is a police officer.  Mal swears he is innocent, but the body was dismembered in such a way that it had to have been the work of a skilled surgeon.

More and more people are turning up murdered in the same fashion and it seems that all of them somehow have some link to Malcolm.  He swears he is innocent, and his family and police officer pal believe him, but unfortunately not many others do.

A man is creeping in the backyard at the Kings and Malcolm finds out that he is Billy Littlebear – one of the only people he thinks he can trust.  Billy’s brother was framed years earlier in a similar situation and Billy is convinced it is the same guy framing Malcolm.

Malcolm and Billy try to figure out how to clear Malcolm’s name and how to catch the killer.  Of course, it is all much easier said than done – which you will find out if you read The Shadow Man.

The book took me a little bit to get into in the beginning, but once I was about a quarter of the way through it, I didn’t want to put it down.  I never would have in a million years guessed who was doing the killing and I definitely picked up on a couple of the red herrings placed in there by the author and was all over the place with who I thought was doing it.  The book is definitely recommended but the verdict is still out on whether or not it’ll give me nightmares!

Savannah surgeon Malcolm King had a perfect life–a loving wife, devoted daughter, and a thriving medical practice. But when a random airport parking lot hit-and-run links him to a dead body in a Florida hotel and an acquaintance is found dismembered and stuffed into a garbage bag, Malcolm finds himself on the run as a suspected serial killer. But he’s no murderer. Or is he?

Who is the mysterious Thin Man who lurks at the edges of his vision? Are the ravens that crowd the skies overhead a warning of impending doom–or do they exist at all?

With the help of Seminole tracker Billy Littlebear, Malcolm tries to untangle the web of clues left behind by a mysterious chameleon-like killer known as the Shadow Man. But will he be too late? The Shadow Man is a complex, atmospheric thriller in the tradition of Stephen King. Darkly evocative and relentless in its twists and turns, it dares the reader to put it down–even for a minute.