November 30, 2012 by ConcertKatie No Comments

This is tonight’s setlist for 1d and is most likely also the set they’ll use tomorrow and at msg.

C’mon c’mon
What makes you beautiful

This weeks theme is #1 songs.  And our top 8 will perform for America’s votes.  Then we will have another double elimination that will make the Top 8 be a Top 6.  Who will be going home? I have my picks… let’s see if I’m right.

Diamond – I Want to Dance With Somebody – I got a bit nervous when she started that it was going to be another ballad.  But then when it picked up she seemed to be lacking something so I’m not really sure how I feel about this performance.  Somewhere in the middle, maybe. (Hard to say since she was first!)

Vino – You’ve Lost That Loving Feeling – Not my favorite performance from Vino, but I don’t think it was terrible either. But I’m sure Demi will diss him either way.

Paige – Never Gonna Give You Up – Did XFactor just Rick Roll me? I wasn’t too over the top into this performance… but LA seemed to think the opposite.  I’m not sure that she should be in the bottom with the performance, but it didn’t blow me away (although I don’t know that anyone does)

Fifth Harmony – Stronger – Their intro had me crying my eyes out. I also think they kicked this songs ass. Seriously amazing.

Carly Rose – Rolling in the Deep – I think she made this song her own and I think she did great with it – but you all know I love the girl.

Tate – Somebody Like You – Still not a fan. Didn’t like this performance much at all. It seemed rushed and off at parts. I don’t know if he did it on purpose, but I didn’t like it.

Cece – Lady Marmalade – I think it was an improvement from the last few weeks, but she’s still not that strong of a singer.

Results time! Simon says that he has a bad feeling about who will be going home and is praying it is not one of his two, but won’t name any names.

The act with the lowest number of votes and sent home immediately is Paige Thomas.

Five acts will go straight through to next weeks show – in no particular order – Fifth Harmony, CeCe (what!??), Emblem 3, Carly Rose, Tate

That means that Diamond and Vino will be singing for survival.  Wow. Wow. Wow.  I can see Diamond being in the bottom – but Vino? He had been so consistently on top!

From the two performances, I think that Diamond should be sent home.

And now the rankings: 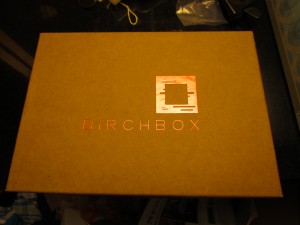 I recently signed up for the site Birchbox.  Birchbox is the best way to discover new grooming, beauty and lifestyle products. Sample top products from high-end brands, get expert advice, buy new favorites and earn points with every purchase.

For $10 I got October’s box to try it out.  There were 6 sample items in the box and the birchbox website allows you to purchase full sized items if you are interested in them after trying the samples. 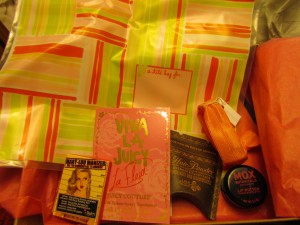 (The link above is my affiliate link. I get 50 points for each person I refer to the site and every 100 points I get $10 to use in the Birchbox store)

I haven’t had the chance to try everything out yet, but look for some product reviews in the future if I really like (or dislike) any of the products!