February 9, 2015 by ConcertKatie No Comments 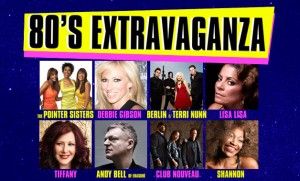 Friday night Mohegan Sun kicked off their 80s Weekend with the “80s Extravaganza” concert. My mom got free tickets through the casino and I really wanted to see Tiffany and Debbie Gibson – the other acts I wasn’t really that familiar with. (Although it turned out that almost all of them did have a song that I recognized.)

We weren’t sure what order things were going to go in – I thought it would start with Shannon and end with the Pointer Sisters based on the image they kept showing – but that wasn’t quite accurate.  We also thought the show would be ending by 10pm because Tiffany and Debbie were doing a signing at 10 – but when we got the tickets we were told it was a 3 and a half hour show starting at 8pm!! We had considered leaving after Debbie – but then decided we did want to see The Pointer Sisters so we stuck it out for the whole show.

Club Nouveau was up first they did about 3 songs including “Rumors” and “Lean on Me”.

Next up was Shannon – who did 3 or 4 songs including “Let the Music Play” and was even doing push ups at one point.

Andy Bell did his set next – which I think was also 4 songs ending with a song from Erasure. His outfit was quite interesting, to say the least.

Lisa Lisa was the next act – she really impressed me with her singing! Her set included several songs including “All Cried Out”, “Let The Beat Hit ‘Em”

Debbie’s set included “Only In My Dreams”, “Out of the Blue”, “Shake Your Love”, “Electric Youth” and a medley of 80s songs she enjoyed including Michael Jackson, Madonna, Tina Turner and more.

Terri Nunn and Berlin were up next – their set included a new track “Animal” as well as “No More Words” and “Take My Breath Away” and the set ended with Terri walking through the floor aisle and standing on chair in the crowd to sing.

The last performance of the night was The Pointer Sisters – and I was able to snap a photo of their setlist that was sitting on the sound board so I know that their set was “Happiness”, “Slow Hand”, “Automatic”, “I’m So Excited”, “Neutron Dance” and “Jump” 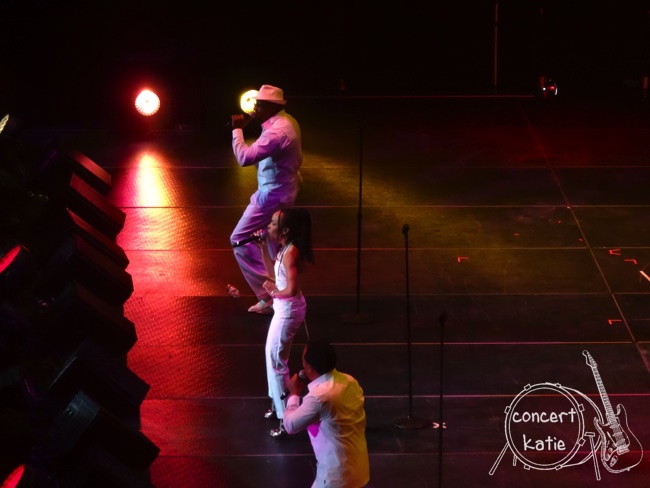 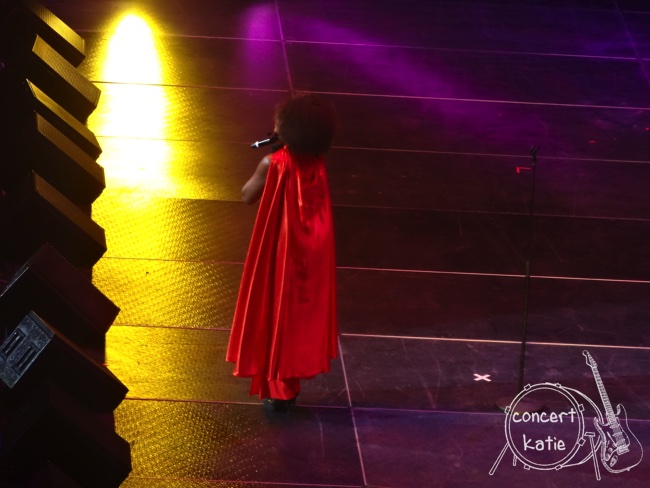 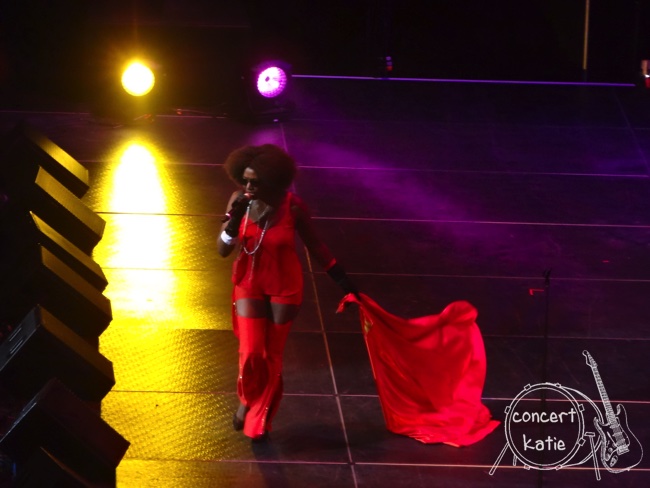 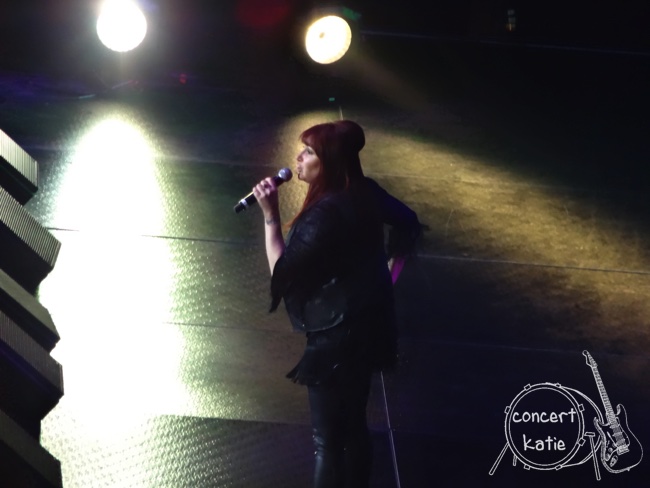 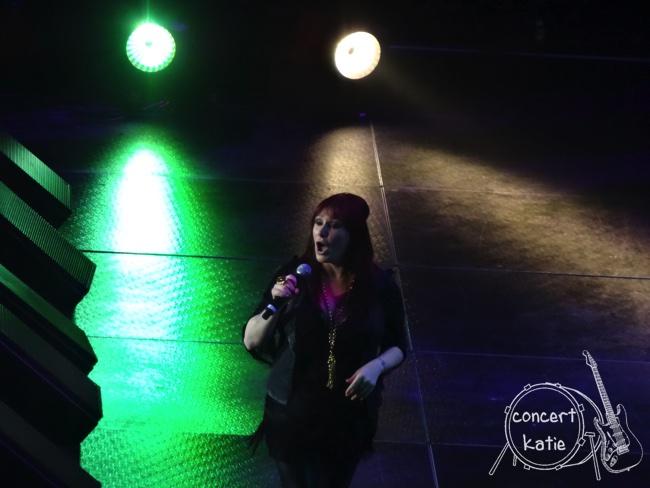 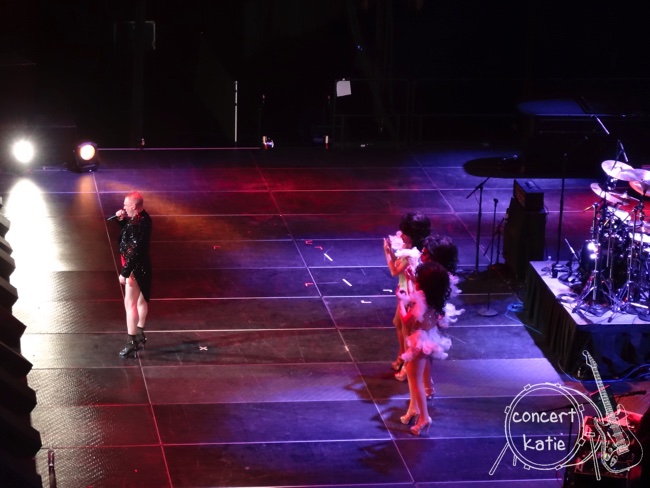 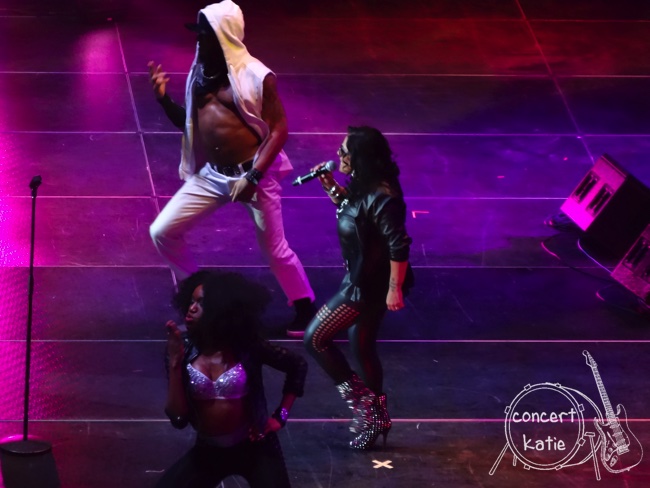 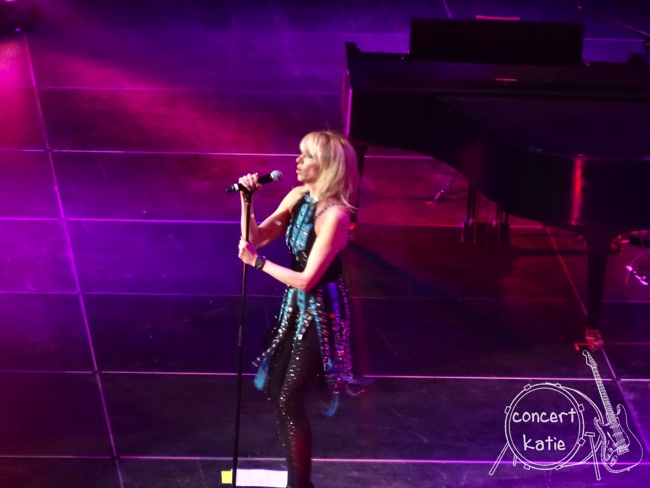 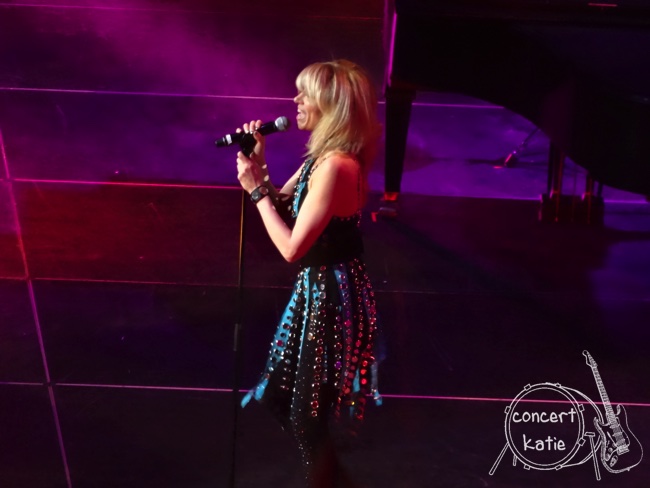 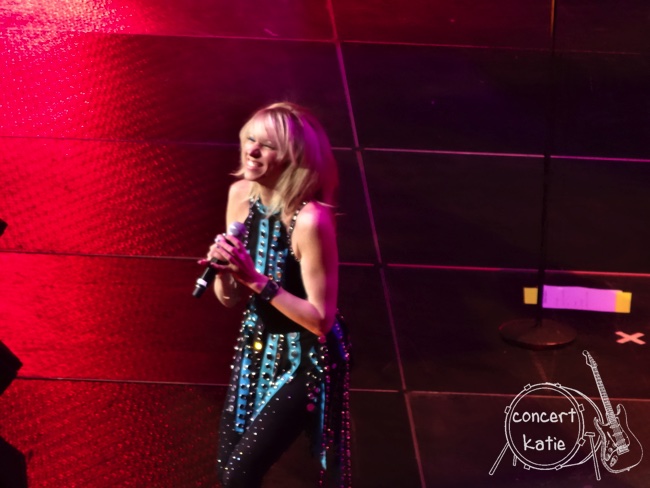 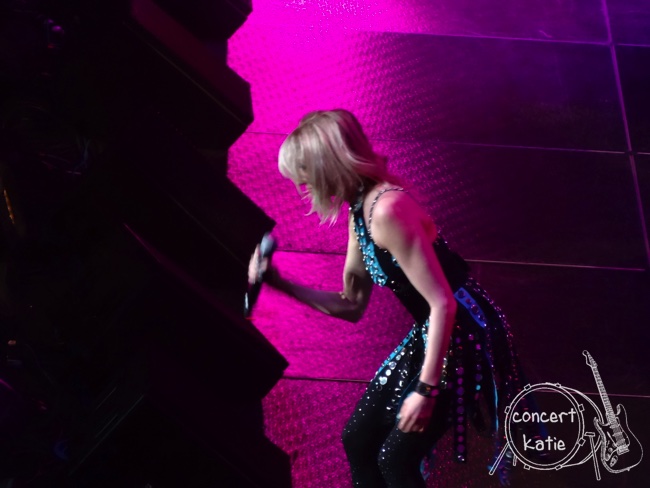 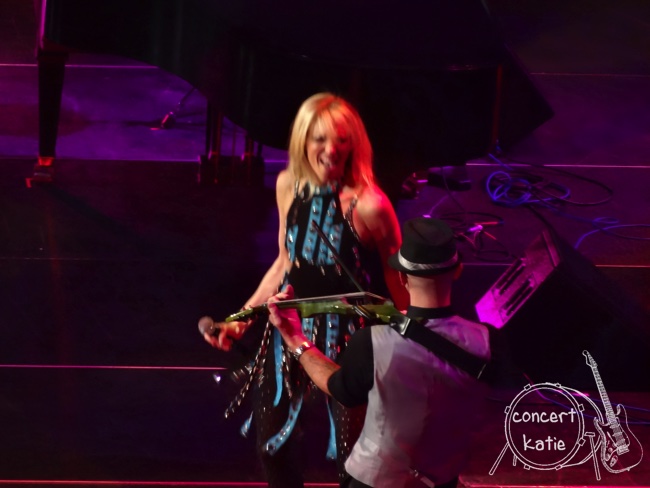 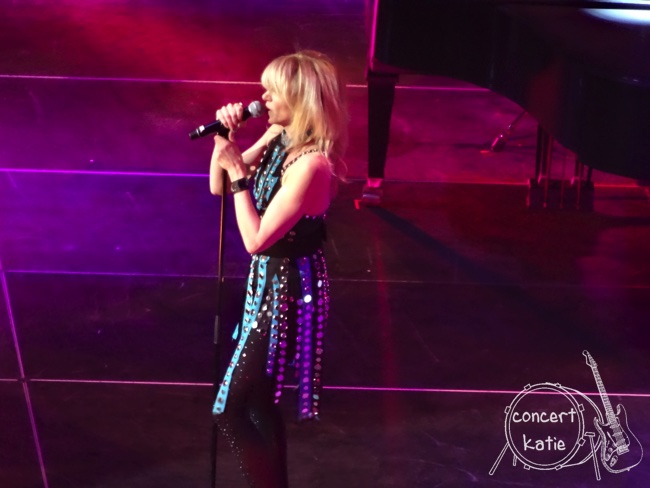 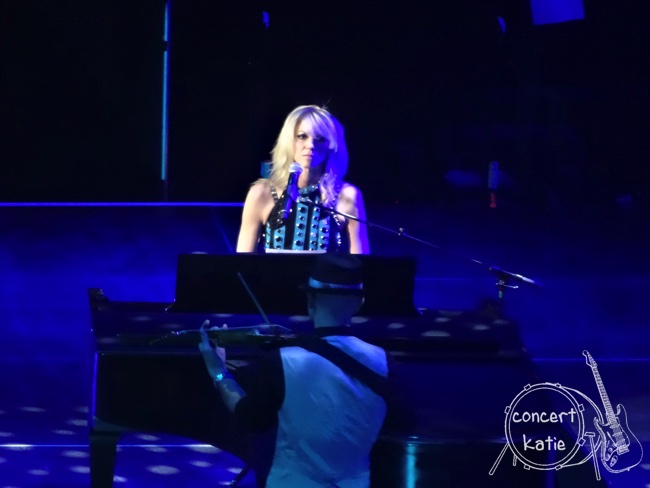 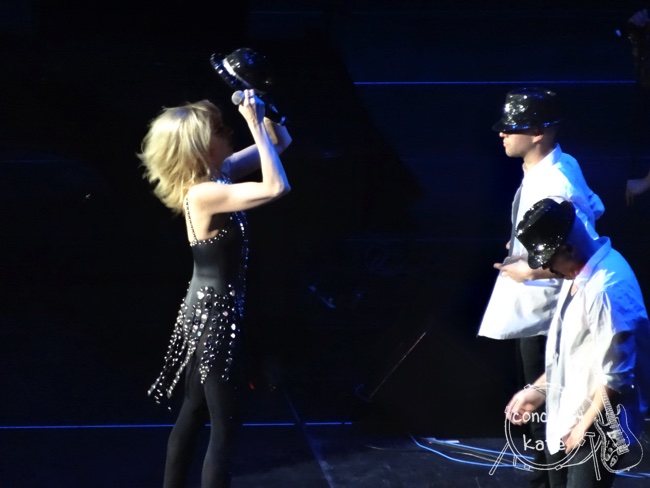 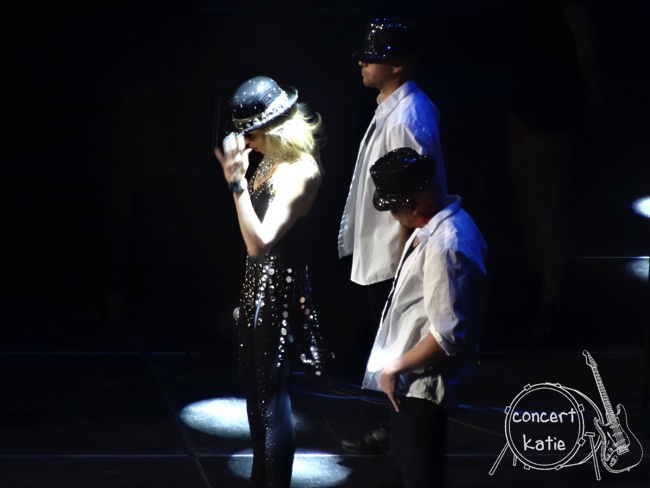 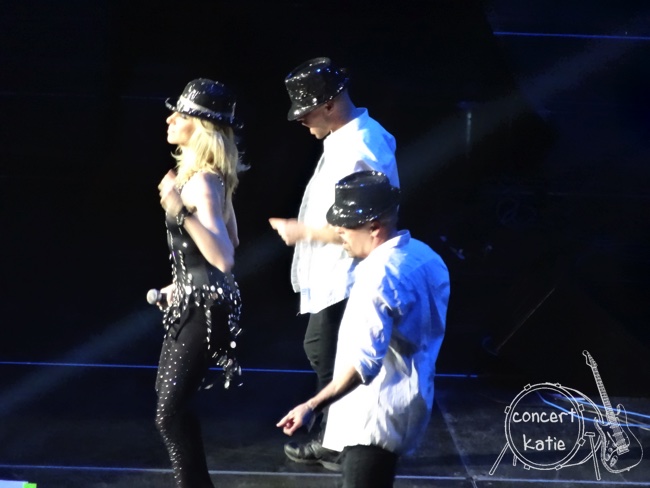 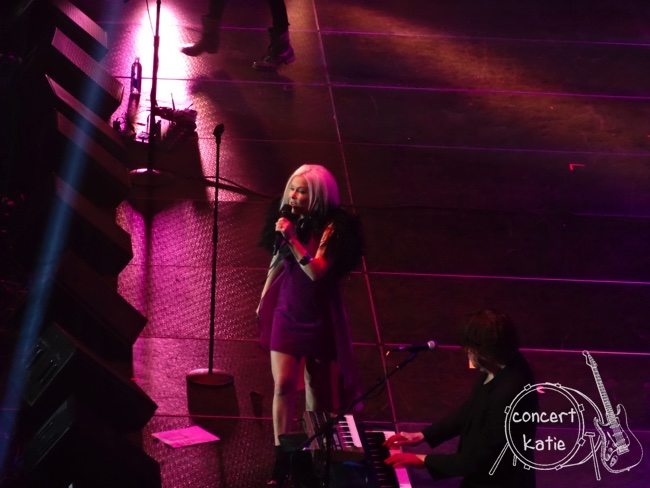 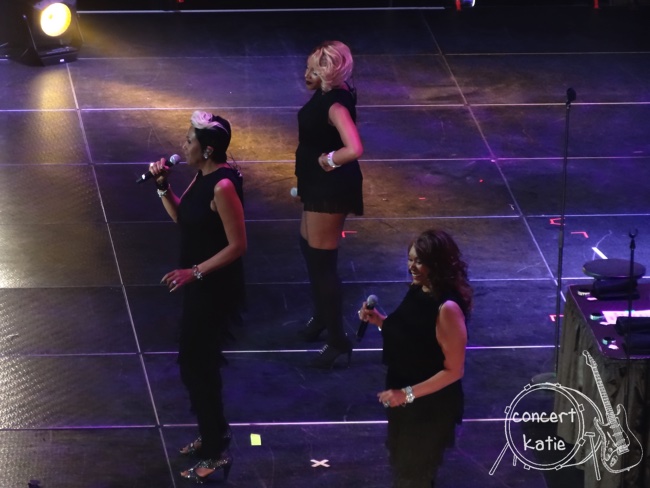 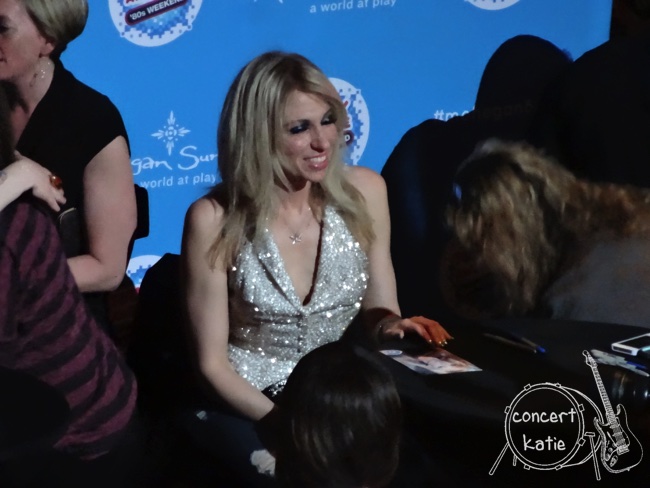 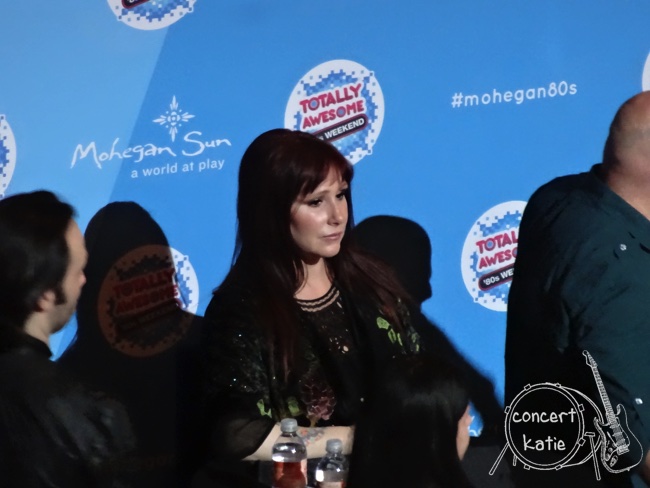 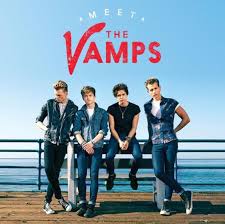 I was first introduced to The Vamps when they posted a cover of Hanson’s MMMBop – which of course caught my attention.  Their debut album – Meet the Vamps – was released in the US late last year.  The first song on the album, Can We Dance, I’ve heard a lot when watching Disney Channel.  It was nice to listen to a new album but feel welcomed with a song that I was already somewhat familiar with.  Overall this is a pretty solid debut and I enjoy it. I think I’ll be listening to it a lot more in the future and hope they will  tour the US soon so I can see them live!

I listened to this album on Spotify in order  to write this review.