February 2, 2015 by ConcertKatie No Comments

Choose your platform (Mac or Windows) and get it FREE! A $29.90 value for PC and a $39.90 value for Mac.  I have personally used this product myself and think that you will not be disappointed!

Some of their other products are also discounted – including Collage It for Mac, Publisher for Mac and Watermark Plus for Mac! 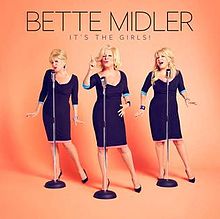 Be My Baby (The Ronettes)
One Fine Day (The Chiffons)
Bei Mir Bist Du Schon (The Andrews Sisters)
Baby It’s You (The Shirelles)
Tell Him (The Exciters)
He’s Sure The Boy I Love (The Crystals)
Mr. Sandman (The Chordettes)
Come and Get These Memories (Martha and the Vandellas)
Too Many Fish In The Sea (The Marvelletes)
Teach Me Tonight (The DeCastro Sisters)
Waterfalls (TLC)
You Can’t Hurry Love (The Surpremes)
Give Him a Great Big Kiss (The Shangri-Las)
Will You Still Love Me Tomorrow (The Shirelles)
It’s the Girl (The Boswell Sisters)


It’s The Girls is the 14th studio album from Bette Midler and her 25th album overall (wow!).  It came out in November of last year and is an album of covers of great girl groups from the past.  This album is really catchy and while I probably couldn’t name any of the original artists (with the exception of TLC), I knew pretty much all of these songs and was able to sing along on the first listen.  If you’re looking for a great re-vamp of some classic girl groups – check out this CD.

(I listened to this album on Spotify in order to write this review. I was not compensated.) 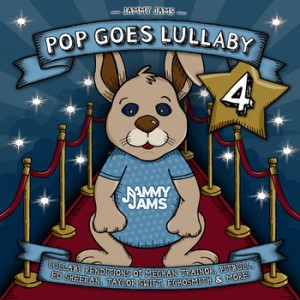 Who’s got the coolest kid in the nursery? YOU do! Because you play your baby “Pop Goes Lullaby 4” to rock them to sleep every night. Jammy Jams’ latest release features lullaby renditions of pop songs currently in the charts. Hits by Meghan Trainor, Katy Perry, Taylor Swift, Sam Smith and more transformed into beautiful instrumental lullabies.

Jammy Jams is back with another great Pop Goes Lullaby CD – this time version 4.  I love these even though I don’t have any kids. Its just so cool to hear the lullaby versions of some of my favorite pop songs!  This album is available for purchase on CD, CD w/ Digital Copy, Album Download Card or Digital Download and can be purchased in the Jammy Jams Store, iTunes, Google Play, Amazon and many other retailers.

There are only a couple of songs on this mix that I’m not familiar with but I still enjoyed the album all the same.  Great for the pop fan with a new little one who needs some fun music to listen to at nap or bed time!

I received a free copy of this album in order to write this review. I was not otherwise compensated and all thoughts and opinions are 100% mine.