October 12, 2013 by ConcertKatie No Comments 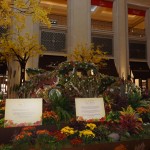 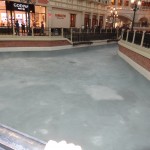 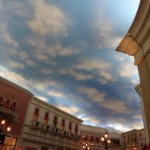 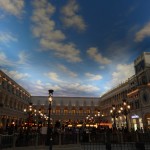 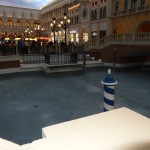 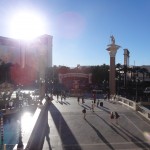 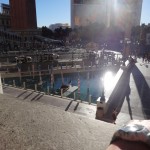 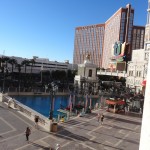 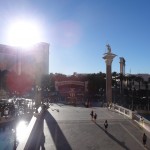 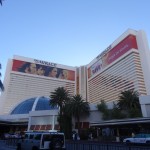 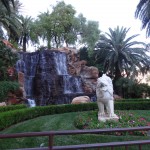 Our plan was to get up whenever and go to the Mirage and do the dolphin habitat and see Boyz II Men. That didn’t happen. We got a super late start and after lunch/breakfast a the Harrah’s Café, we got in line for a Total Rewards card. As a new member I got a free scratch off ticket (virtual) and won $5 in slot play and a slip to spin the million dollar slot machine.  At the slot machine I won a Harrah’s Shot Glass.  Then we waited in another line to trade in my $5 coupon for a voucher I could put in one of the machines to play.

Then we took the shuttle to Rio to buy Chippendales merchandise only to find out that their boutique is only open a couple of hours before show time and we were too early.  Nervous that if Jaymes and James weren’t around for the show on Thursday which we were planning on seeing, we decided to see Rock of Ages because I wanted to see Kyle Lowder and didn’t care if I had to cut out a Boyz II Men show in order to see Jaymes and James.

We went back to the strip to the Tickets for Tonight counter and got Rock Of Ages tickets – except my credit card company thought my card was stolen and taken to Vegas so they declined the purchase.  Fortunately my other credit card didn’t seem to care (although that is kind of worrysome) and I was able to put the charge on that card and then let my primary company know that I was in Vegas and let me charge things. (I usually call before I go away out of the country, but didn’t think Vegas would be a problem – but this seems to be the go-to city when people steal cards!)

Then we headed up to the Venetian to trade in our voucher for Rock of Ages seats and check out the Venetian.  We got players cards here and then I wanted to see the indoor gondola.  The water was all DRAINED! What a bummer.

We ended up heading over to the Mirage to get an M Life card and I got a free popcorn at Sugar Factory thanks to myVegas Rewards on Facebook.

Then we got ready to go back to the Venetian for Rock of Ages.  More on that in my next post 😉