Matt Wertz at Stage One 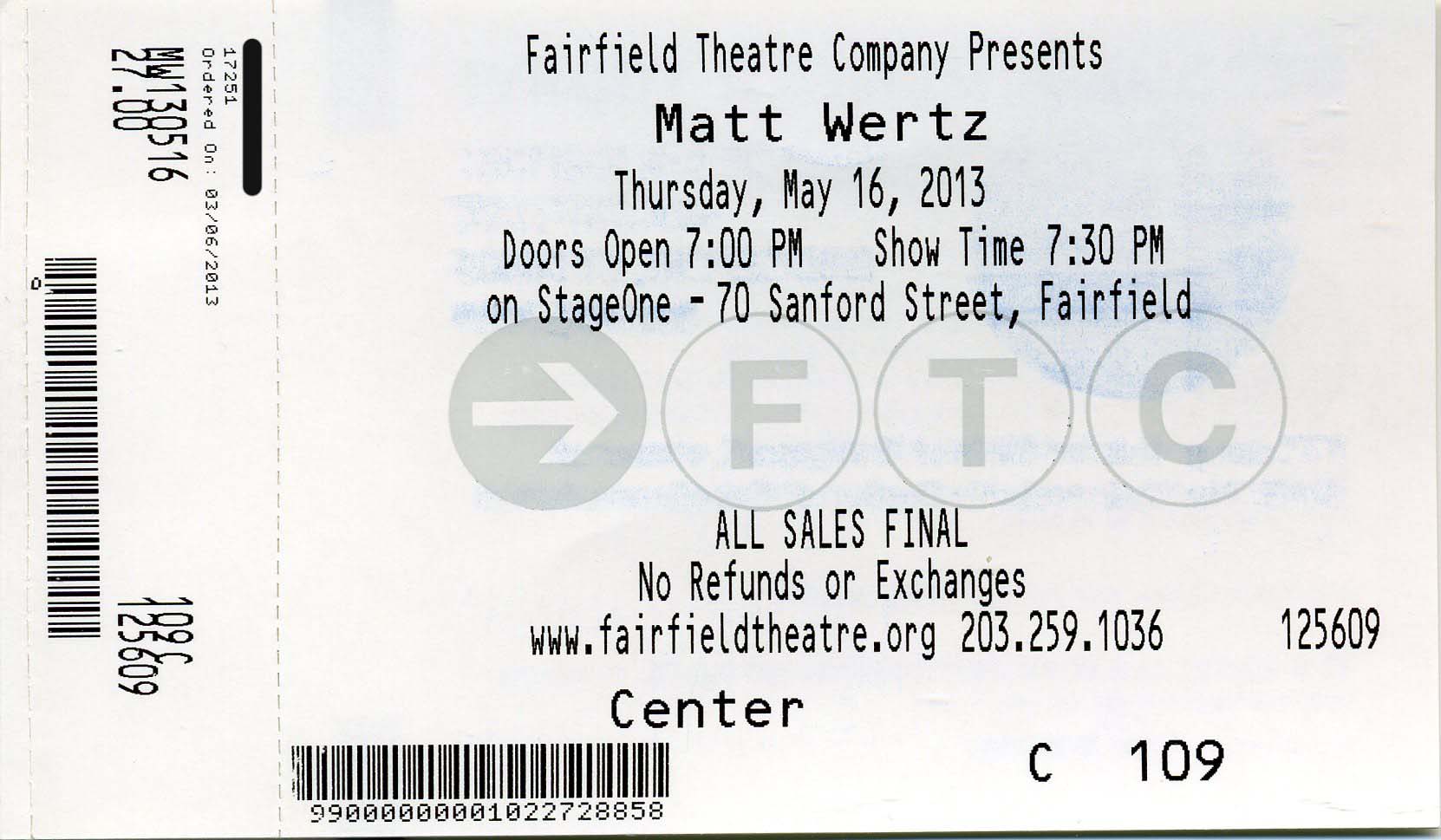 Opening was Jeff LeBlanc.  There are some openers that I see often and just dread when their name is on the list of openers. But not Jeff! I’m always looking forward to seeing him.  He did a couple of new songs from his album which is out in July and I loved both, so I guess I’ll have to buy that when it comes out!  Jeff is just so entertaining and I love when he uses the pedals to loop stuff. (Yeah, I got technical. Stuff.)  It was a shame that only a handful of people had made it in to the seating area before his show because they really missed out on great set!

Next up was Seth Philpott and he was entertaining as well.  I liked when he asked if he could tell us a story but then said he had the mic. I guess that meant we were going to be hearing it either way 😉  He is living in Nashville and actually made it on the show for a brief second – but apparently his back side made it on the screen for a bit longer.

Then it was time for Matt.  When I arrived I was told that Matt had planned to do a 90 minute set and an encore. Oh boy!  The time just FLEW by though and Matt had us all cracking up at times.  He sang a little Michael Bolton and then said “and he probably has a house here” only to be told, yes, he does.  And then Bolton impression somehow then turned into a hilarious Michael MacDonald / Billy Ocean mashup impression?  He also had us sing “I can’t help the way I feel” which was his second song – and he said that we’d be there until he was satisfied with our singing.  Well, we seemed to blow him away with our first attempt so then he had us do it again just to try and break our personal best record!  He also debuted a couple of new songs for us – songs that he isn’t sure if they should be on the new record or not.  He told us to clap if we liked it and if we didn’t like it then we should not clap, but not boo because he is sensitive.  The second song there were some technical difficulties with the guitar, so he unplugged it, told us to be quiet and came to the edge of the stage and sang it with no mic and completely unplugged so that the crew at the venue could fix things.  When it was over and we clapped, he asked us if that was because he overcame the technical difficulties or if it was because we liked the song.

Overall, one of the more entertaining shows I have been to in a long time!