Book Review: So Many Reasons Why 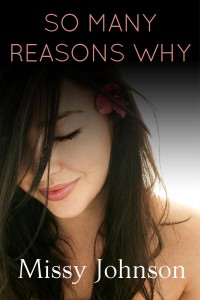 This book.  Where to begin?  This book was kind of a mix of every other book I have read and loved over the past year or so.  It has some Fifty Shades to it, some dramatic mystery and a ton of twists and turns in the story that I didn’t see coming.  So in theory, I should have LOVED this book too.  But I didn’t.  It’s not to say that it was bad, but it was just like it kept throwing turn after turn at you and then it ended kind of… blah.  I actually was MAD at the ending. (I guess that makes it a little like Gone Girl – but I think that ending was worse)

I loved the writing style, I felt like I was in the story and maybe that is why everything impacted me so strongly.  Emma is 20 years old and has barely stepped outside in the past 10 years.  She was attacked as a child and is now battling severe agoraphobia.  She doesn’t leave the house unless heavily sedated and her attack has been weighing heavy on her mind for years.  Her attacker is up for parole, which makes things even worse for Emma, knowing that he very likely can end up back out in the world. Her world.

She ends up starting a friendship with her professor, Simon.  Things get a bit hot and heavy there (ok, not a bit) and it ends up possibly putting Simon’s job on the line – but Emma has never felt so much like herself and so free as when she is with Simon.

At the risk of giving too much away (there are at least 2 more surprises, though maybe more like 3 or 4) I’ll stop there.

If you ignore the ending (and it probably really isn’t THAT bad of an ending, I might be being dramatic!) the book was great.  I just really wish that more was explained.  I finished the book with a TON of questions. I just want to know more!

** This book contains themes such as sexual abuse, drug use and language that make it suitable for a mature audience only.**

Twenty year old Emma hasn’t left the house since she was attacked as a child. Now, with the impending release of her attacker from prison, Emma knows it’s more important than ever for her to regain control of her life. From her unrelenting nightmares, to her strained relationships, to her crippling agoraphobia, Emma feels as though her life is spiralling out of control.

When her professor, Simon Anderson enters her life, Emma must deal with feelings she has never experienced before.

Though both she and Simon know their relationship is bordering on inappropriate, neither of them are able to ignore the intense chemistry that is quickly developing between them.

What was supposed to keep her mind off the attack has left her more confused than ever. When there are so many reasons why you shouldn’t be together, is simply being in love really enough?