Back To The Island Cancun: Hanson Concert #3

February 11, 2015 by ConcertKatie No Comments

Due to weather what was supposed to be the Hanson concert on the last night got bumped to the second to last night and the guest concert ended up being last.  Since the event is called “Back to the Island” and Cancun isn’t an Island – they decided to take us to an actual island for the last show – Isla Mujeres.  This setlist was the one that was voted on by the fans and was very heavy on songs from The Walk.  Also due to the voting not going exactly as I would have liked – there were no songs I hadn’t heard live included on it – despite there being 7 I had never heard on the voting list. (But a couple were played at other shows, at least!)

This show was one of the most terrifying experiences I was ever involved in at a Hanson show or any show for that matter.  We had to take several buses about 20 minutes away to a ferry.  Then we walked the dock (which thankfully had a railing) and got on one boat, then had to go across to another boat that was attached by a plank.  Luckily the resort staff member, Carlos, grabbed me and then I was able to get a seat.  He told us we would be the first ones off the boat.

The ride was fun – there were drinks (that tasted like koolaid), pirate ships in the water, fireworks… until land was spotted.  Then a mad rush of girls showed up and they wouldn’t move to let the wheelchairs/handicapped off first.  They were able to push the wheelchairs through and someone grabbed them to push them to the stage – I was pulled out of the crowd but Kim couldn’t get out.  The girls were saying since the wheelchairs were off they weren’t letting anyone else off (even the friends who were supposed to be helping out – 3 of them at least were stuck).  So I’m on the dock – and this one has NO railings and the separation between wood in some spots is so big my cane could probably fall through it.  I walk a little bit on my own and then realize this is NOT happening.  I’m going slow, I have no help, and in a matter of minutes I’m going to be stampeded by girls who want front row.  I stopped and looked back and Carlos came to my rescue and walked me to the dock.  About halfway there I hear him say “Oh no” and we can see everyone heading towards us – and the wheelchairs hadn’t made it off the dock yet!

Things were very scary and I’m honestly shocked no one got pushed off the dock and into the water with the way people were acting.  Carlos got me in to the handicapped area with a chair and then ran off to try and do some crowd control.  The 3 girls who were separated met back up with us – fortunately we survived and we were all ok – just very shaken up.  It’s unfortunate the lack of respect some people have for others.  Whether it be those who are disabled or even the members of the band themselves.

Anyway… we made a deal to not focus on it anymore so that we could enjoy the last Hanson show of the trip.  Zac seemed to be in rare form and someone yelled “DYING TO BE ALIVE!” before they started playing it and Zac snapped back “I’m dying for you to shut up!”  He also made up a new version of Madeline about a guy with a beard… and was mocking Adam Levine’s tattoos after singing a couple lines of Sunday Morning. 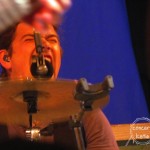 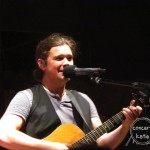 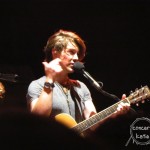 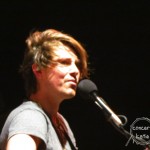 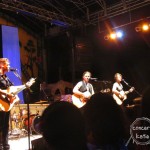 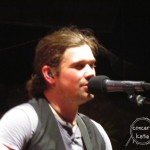 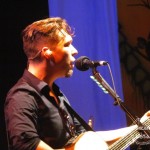 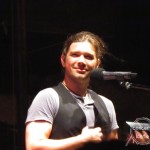 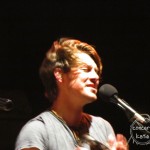 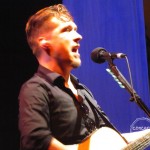 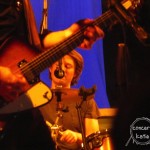 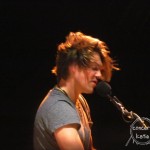 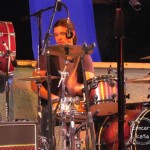 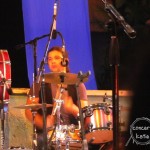 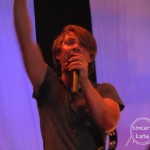 Back to the Island
Rock N Roll Razorblade