Adventures at the Genius Bar

November 29, 2013 by ConcertKatie No Comments 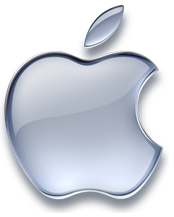 I have a MacBook.  It’s from 2007 or so.  It’s been working pretty well – it’s only my ‘backup’ computer that I use for browsing the web or taking on trips so I haven’t done a lot of wear and tear on it.  Until this summer when the battery started to warp.  Then the charger stopped charging and I found myself with quite an expensive paper weight on my hands.

I made a genius bar appointment, thought I fixed the problem on my own, canceled it, turns out, it stopped working again. (Isn’t that how it always happens?)

We went to the Apple store anyway, because most posts online said that they can fit you in at the Genius Bar even without an appointment. The closest store with a genius bar is almost an hour away.  We get there and are told “There’s no way we can fit you in without an appointment.  Appointments are at least a week out.”  Except that on Thursday I made an appointment for Sunday (and only because I had plans on Friday and Saturday) and when he had me go to the computer to set up a new appointment… I could have gotten one for  Monday (the next day) but put in for Tuesday since I wouldn’t be able to go Monday.  I mean, I’m no GENIUS but that’s not a week!  (Actually I’m just kidding, I’m totally a genius.)

I left, super annoyed… to return on Tuesday for my appointment.

While I waited I read the screen overhead that said “If you don’t have an appointment, we’ll try and fit you in” (maybe not verbatim, but close enough!) Oh, ok.  Apparently not on weekends though when we will lie to you and tell you appointments are a week out.

It was at least 20-30 minutes before someone could see me.  So tell me why did I have to make a 6:15 appointment?  Fortunately they were apologetic.  And I had a feeling that all I needed was a new battery and a new charger – but I didn’t want to buy them myself only to find out something more was wrong inside the computer.

Turns out – a 2007 MacBook is “vintage” and if anything more was wrong with it besides the battery (and the case IS cracking, but I guess I’ll live with it) I’d be S.O.L.  So I had to pay $129 for a new battery… and they were able to work it out so that the charger would be replaced for free since it was old and had known issues.  And ta-da! all was working again.

So, all in all I ended up saving myself about $100 on the charger / shipping… but had to drive to the store back and forth twice… and then sit there and wait.  Was that worth it? I don’t know…

But I am strongly considering a PC when I need a replacement laptop, if THAT tells you anything.