March 9, 2012 by ConcertKatie No Comments 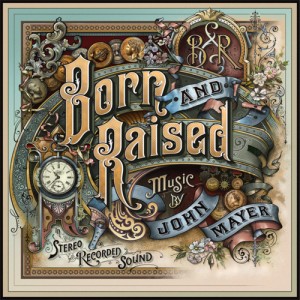 I’ll tell you this is definitely not what I wanted to read this afternoon:

Seven-time Grammy Award-winning singer, songwriter and musician John Mayer has canceled his recently announced U.S. tour and will take an indefinite hiatus from live performing due to the return of the granuloma in his throat. Mayer was treated for the same condition and placed on extensive vocal reast in 2011. The 18-city tour was to be his first in the United States in two years.

I had tickets to 2 of his shows – in Providence, RI and Wallingford, CT for next month and I was very much so looking forward to his returning to the stage and the release of Born & Raised which will be coming out still as scheduled May 22.  As upset as I am, I can not even begin to imagine how upset John is and I wish him a quick recovery (though not too quick) and am looking forward to seeing him live again whenever that might be.  At least I will have the new album with new material to hold me over for a while.

Now I just hope that the refund process goes relatively painlessly. (Ideally, I’d like to be able to keep the tickets that came in the mail just 2 days ago, but  we’ll see what the theaters process is for refunds and if they’d need to be sent back or not.)