Sunday night Tyler Hilton returned to Stage One in Fairfield CT.  He brought with him Russell Howard as the opening act.  Russell kicked off the show at 7:45 and played for roughly half an hour.  He did that cool thing where he played his guitar and then recorded it to loop back so that he could play along with it and make it sound fuller than with just one guy on stage. Always fun to see.  He also mentioned that he went to the beach and ate a sandwich in Fairfield since he lives in land and it was a nice day here.

At 8:35 Tyler hit the stage, I was thankful for an early set because I was exhausted! Tyler did a 12 song set and 2 song encore.  Before he started One Foot in the Bayou he was saying how he was surprised people cheered that they liked the songs and often times it is “one for you one for me” with songs.  He also tried to play the harmonica and then got mad yelled “Fuck it! No harmonica on this song!” and threw it down.  Later he had given it another chance and it seemed to come through for him.  He threatened to leave his harmonica if it didn’t cooperate and then teased how he was blaming the harmonica but he probably should have been blaming himself.  He also threatened to leave his guitar after it made a big POP noise when he plugged it in.

Before Leave Him he talked about how as far as guys go he is probably what would be a “Nice Guy” as opposed to a “Dick Head” when all the girls he was attracted to wanted a “Dick Head”, he said One Tree Hill kind of let him live out that other personality.  The song Leave Him came from when he was hanging out with a guy and a girl that were dating – he was friends with the guy and liked hanging out with him – but knew that he was a shitty boyfriend and just kept kind of hoping that they would break up and then he could date the girl instead – but it didn’t work out that way.

He also talked a lot about what a great vibe the crowd had and how he kind of forgot we were there and felt like it was just a party.  He said he’s not working hard at all and loves what he does and would be doing it even if he had to live in a shitty apartment – but he is lucky enough that he doesn’t have to.  He also talked a bit about his other hobby, acting, and that he is going to be in a new TV show on CBS this summer with Halle Berry (I believe it is called Extant) where he gets to build and play with robots.  He said he doesn’t get religious often but that the song Hey Jesus kind of reminds him of how lucky he is that he gets to do what he does.

Since mentioning “One Tree Hill” always got him such a huge cheer from the crowd, he ended the encore with “When the Stars Go Blue”.

Tyler is currently trying to raise money to record his new album – check out all the details at Pledge Music http://www.pledgemusic.com/projects/tylerhilton 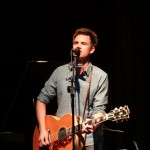 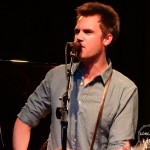 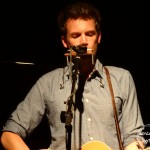 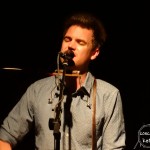 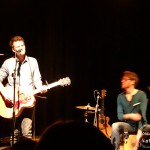 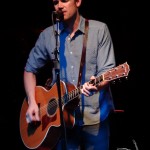 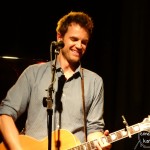 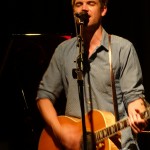 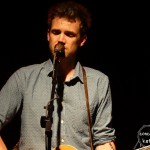