April 6, 2014 by ConcertKatie No Comments 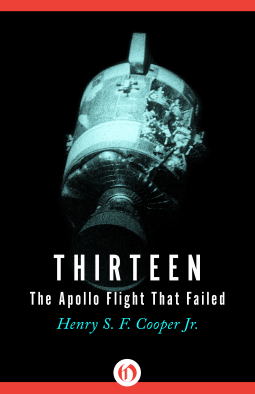 Thirteen tells the story of Apollo 13, The Apollo Flight That Failed.  The book is short, just over 100 pages but does a great job of telling the story in an easy to read and understand way.  If you’ve seen the movie then you know a bit of how the story goes – but it has been quite some time since I’ve seen the movie and I found myself just as invested in reading this book and seeing what happened even though I knew what was going to happen.

This is a great book for all ages but I could see a younger child in school who maybe needs to work on a project or report really getting some great information from this book and being able to understand it on their own.

“Houston, we’ve had a problem here.”

On the evening of April 13, 1970, the three astronauts aboard Apollo 13 were just hours from the third lunar landing in history. But as they soared through space, two hundred thousand miles from earth, an explosion badly damaged their spacecraft. With compromised engines and failing life-support systems, the crew was in incomparably grave danger. Faced with below-freezing temperatures, a seriously ill crew member, and a dwindling water supply, a safe return seemed unlikely.

Thirteen is the shocking, miraculous, and entirely true story of how the astronauts and ground crew guided Apollo 13 to a safe landing on earth. Expanding on dispatches written for the New Yorker, Henry S. F. Cooper Jr. brings readers unparalleled detail on the moment-by-moment developments of one of NASA’s most dramatic missions.