Tuesday night the Jonas Brothers brought their first tour in 3 years back to Connecticut to the Arena at Mohegan Sun.  The first opening act was a DJ, Mike Tompkins. I’m not a fan of DJs, but he seemed to get everyone pumped.  Next up was Karmin – who I used to hate but now love.  They did a much longer set than they had done when I saw them at the Christmas shows in December so that was great.  Plus, Amy and Nick had on matching orange outfits and I just love orange.  Then the DJ came back out again but this time instead of just mixing other songs he was going to perform all the music “with his voice” so he did some beat boxing and singing and only one original song.  A few people still seemed into him but at that point I was just ready for the Jonas Brothers to take the stage.

Then the lights went black and everyone was screaming and looking at the back of the arena.  I had no idea why.  Nick took the stage and then I could see Kevin and Joe coming down from the back sections of the arena (why does no one do this when I have seats way back there?)  Joe walked right by my section surrounded by a TON of security guards but girls still tried to grab at him.  Then all 3 took the stage and did their new single “First Time”.  Their new album, V (Five) is coming out in the fall so they did several songs that will be included on that album – which gave me an excuse to sit down every now and then because I didn’t know the songs.  Some of the new songs included Pom Poms (although this one has been released so I did know it), Found, The World, Let’s Go (Karmin joined them for this one! Very high energy) and What Do I Mean To You.  From what I’ve heard, the new album should be pretty great and I’m looking forward to it.

They did That’s Just The Way We Roll and dedicated it to the fans that have stuck with them – and yes, Joe did sing “Battle dance against Hanson” and didn’t change it.  I was worried he might since at Radio City he changed it to One Direction and apparently another night on tour he changed it to The Wanted.  He even came to my side of the stage when he sang it!  (Wondering if this weekend at Mixtape this battle dance will go down.  Hmm)

Each night fans can vote on a song they want to hear and for Uncasville the song of the night was Inseparable.  Of course I couldn’t remember the name of it for the life of me when they were singing it – but I was singing along. (How does that work, anyway?)

They also threw in a couple of Nick Jonas and the Administration songs – Who I Am and Last Time Around (do those count as covers? I’ve seen girls writing them down as being covers but I don’t know if I’d count them since Nick was still performing them? Though Joe did take some verses. I don’t know.) and they also did See No More which was Joe’s solo single.

Other fan favorites were also well represented with Fly With Me, A Little Bit Longer, When You Look Me In The Eyes, Burning Up (with Big Rob via Skype) and for Still In Love With You one lucky fan got to join the guys on stage to perform it via a contest on vine – and she just so happened to be sitting in the row in front of me!

The encore of the show was Love Bug and S.O.S.

After the show it was hard not to be a sweaty mess from all the dancing and jumping (well, I didn’t jump.) that was going on throughout the show.  They had less theatrics and no catwalk with this tour which I liked, it was a bit more focused on them as a band (and their backup band) than “hey look at all the cool stuff this stage can do!” which I think takes away from the show and showing off your talents. 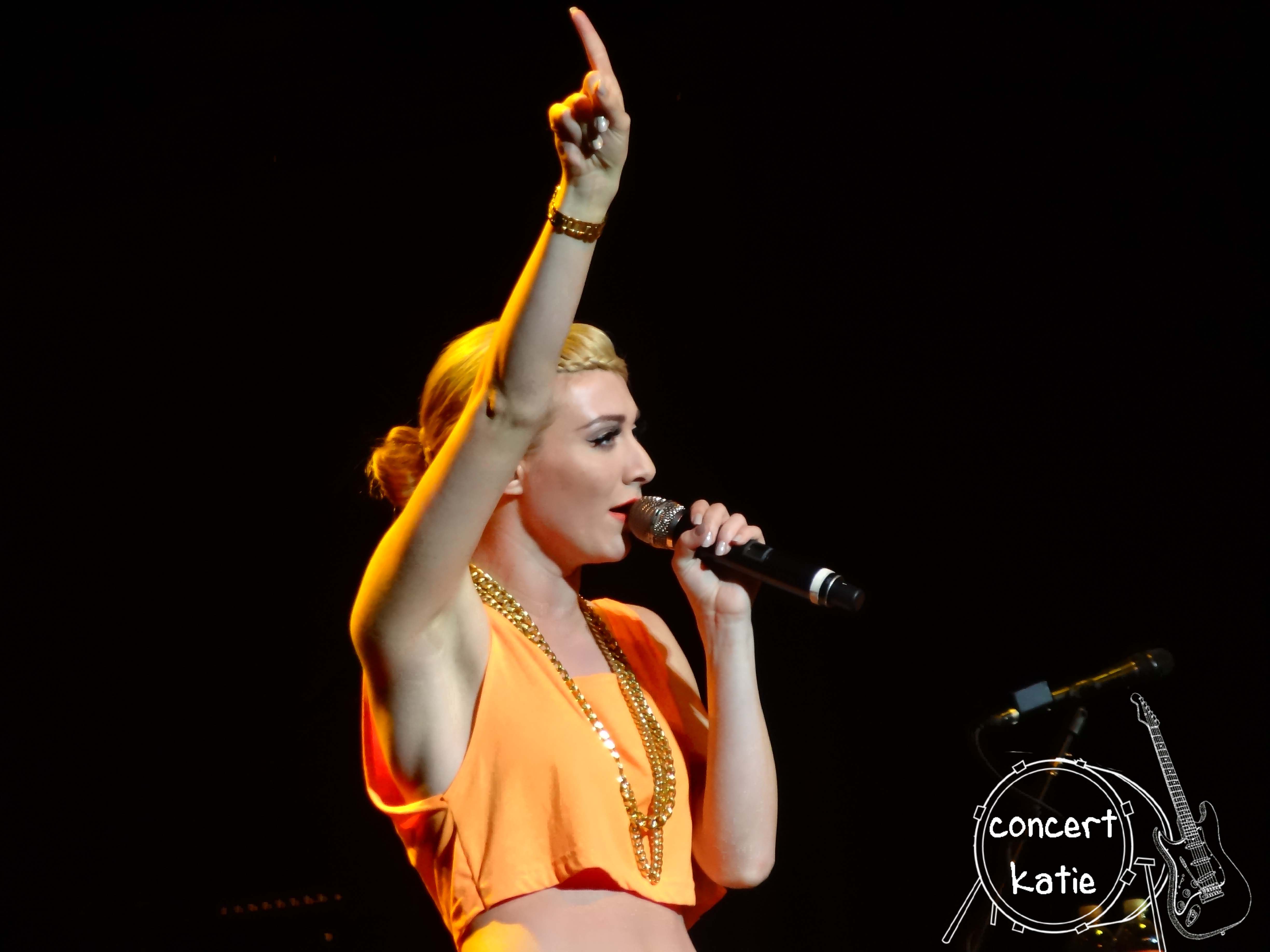 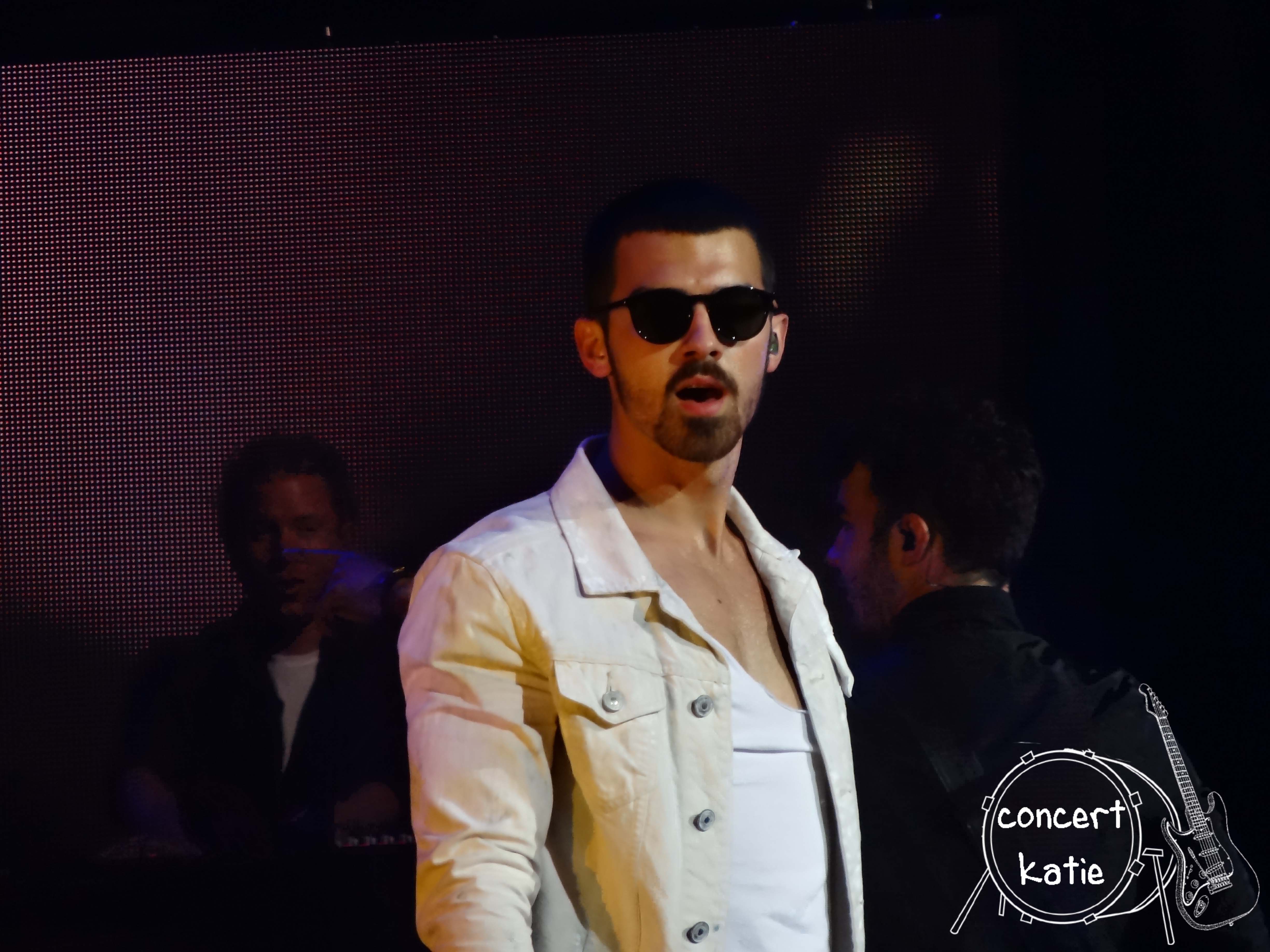 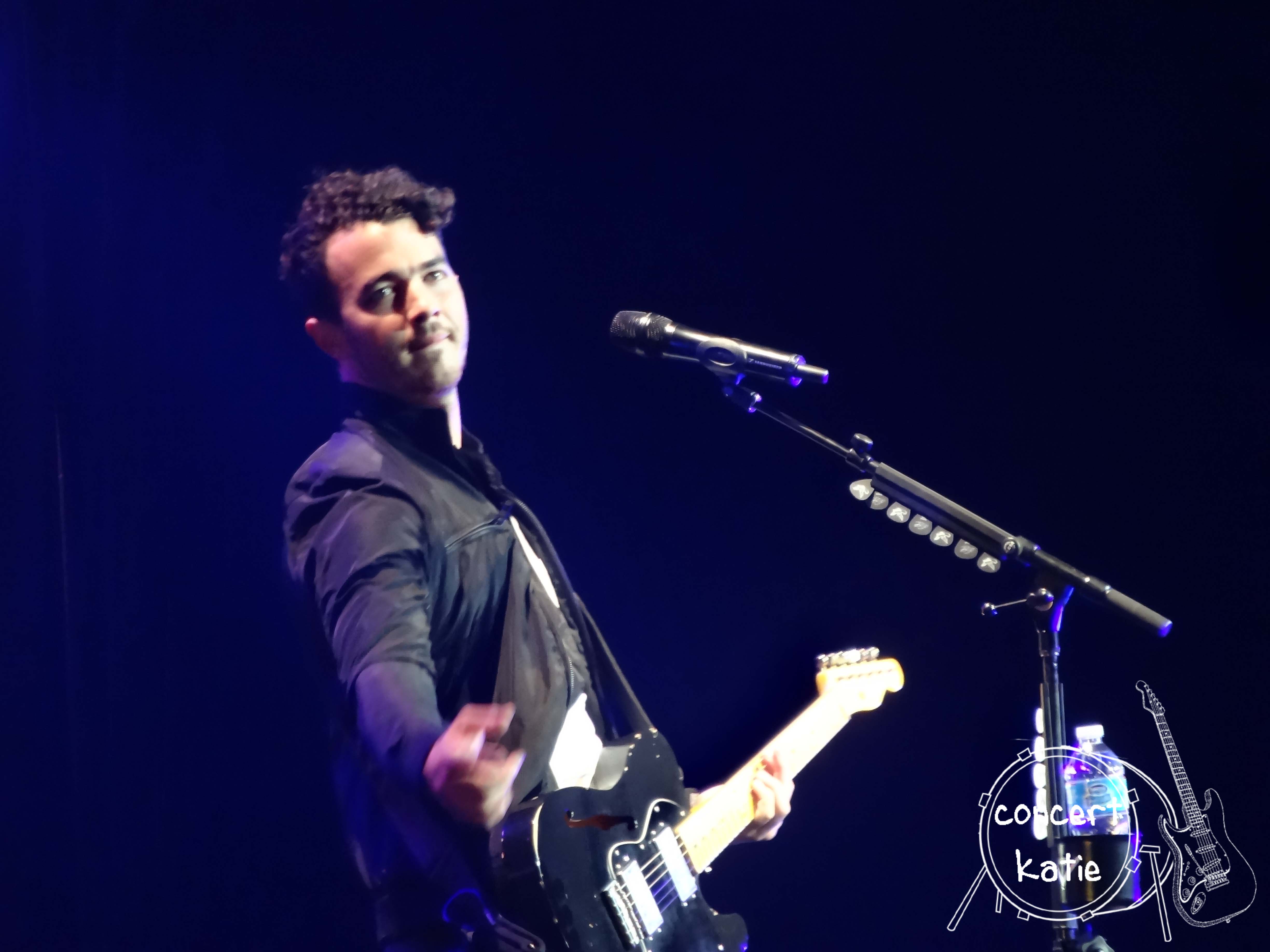 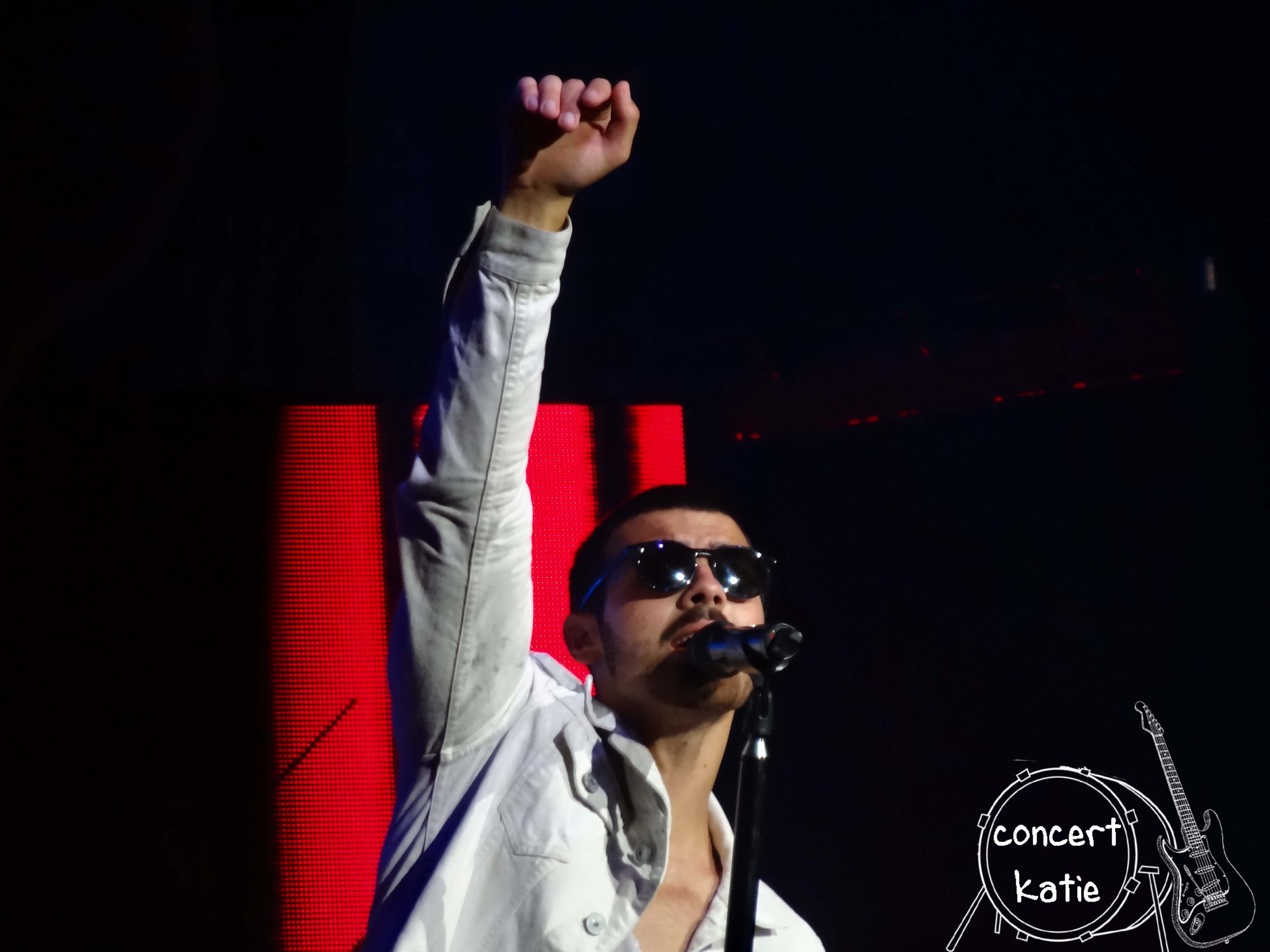 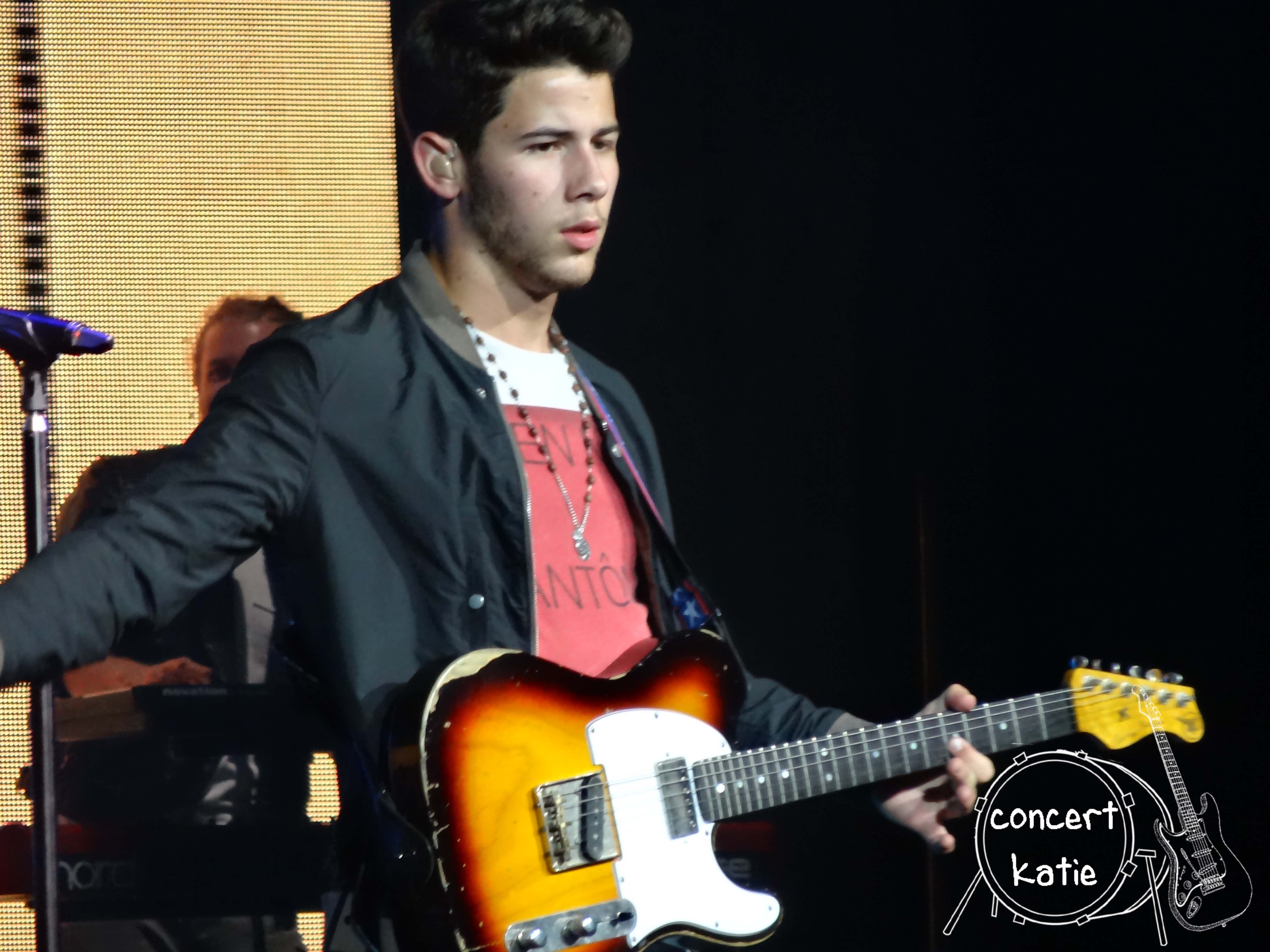 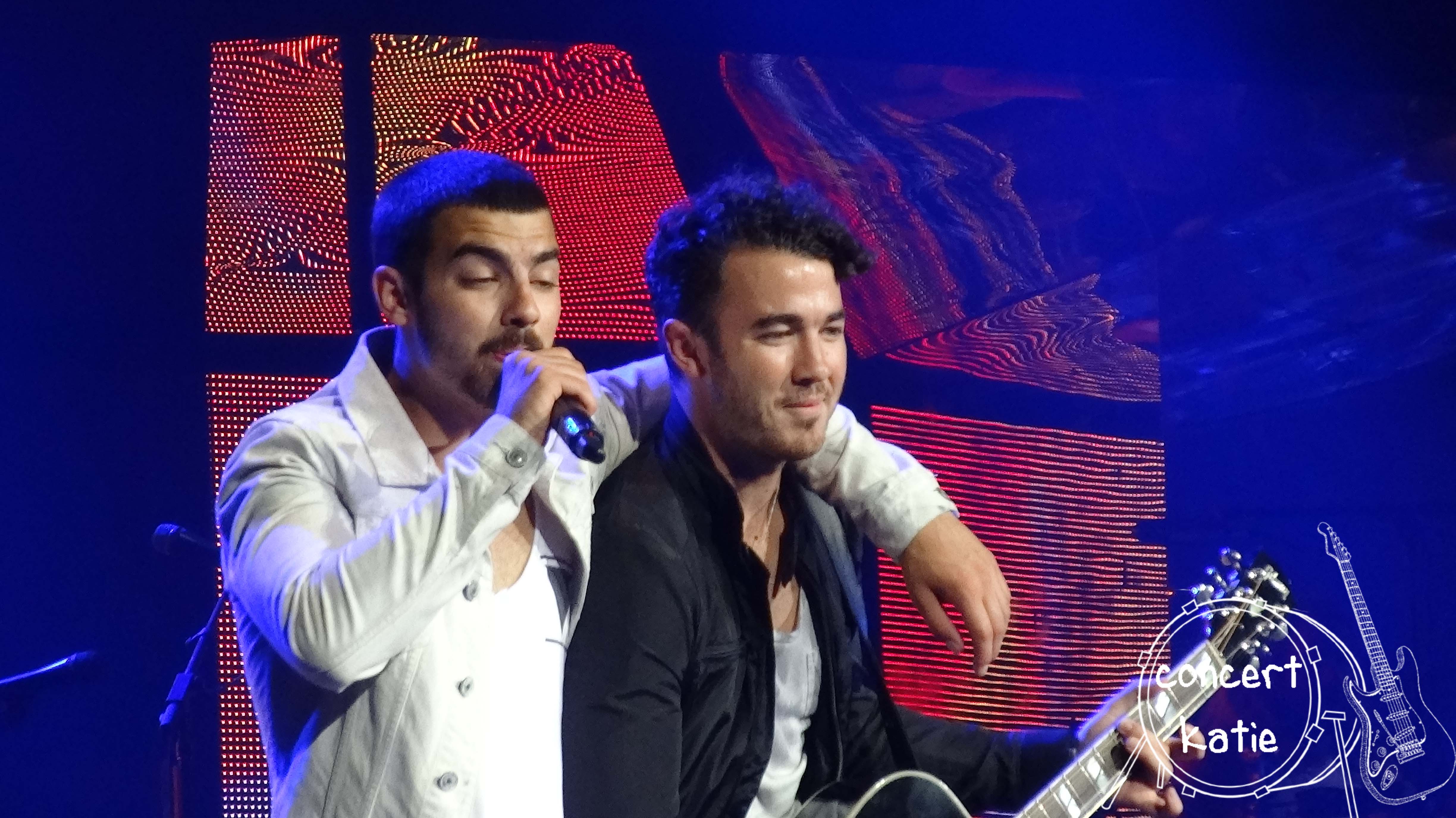 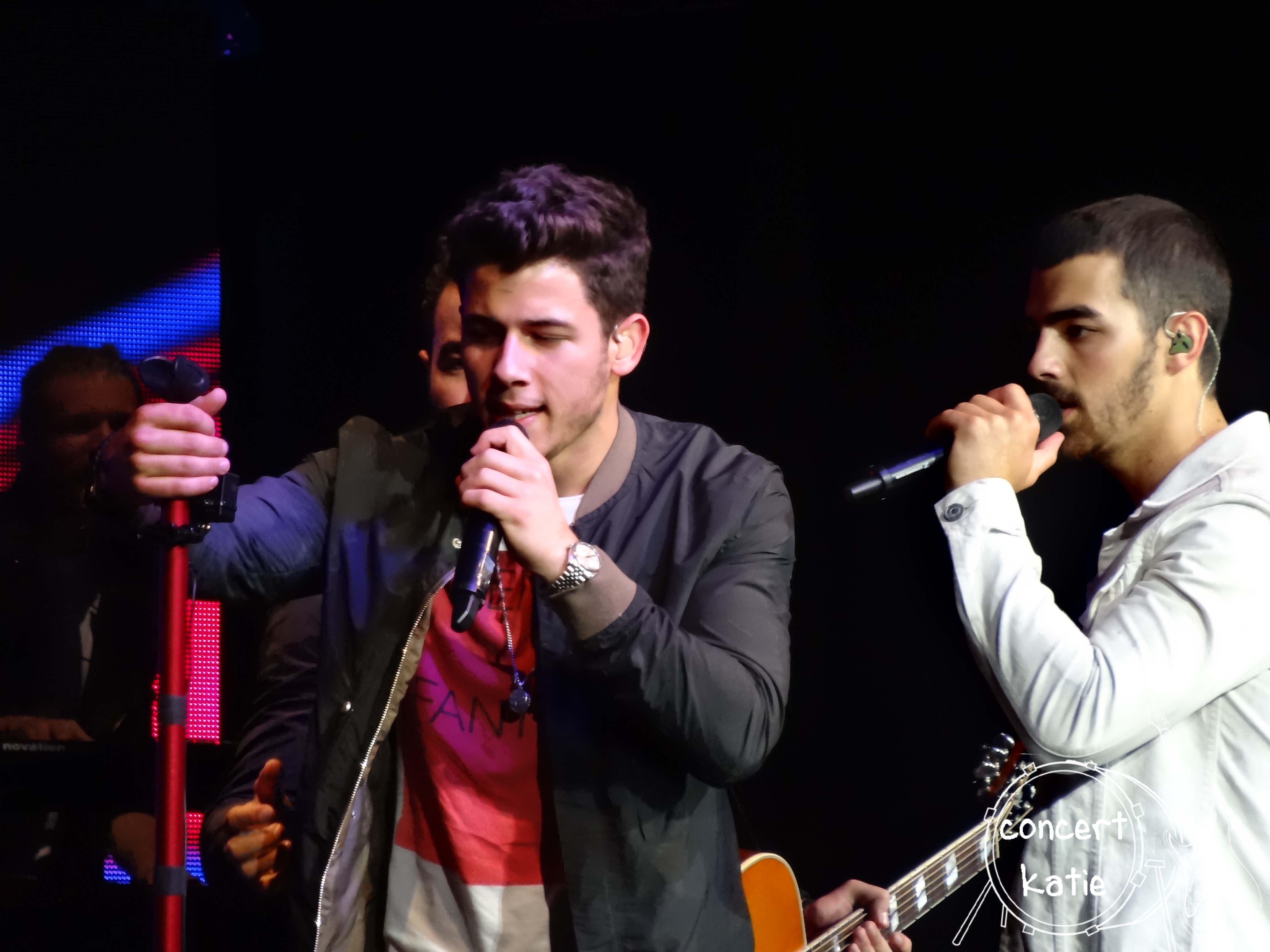 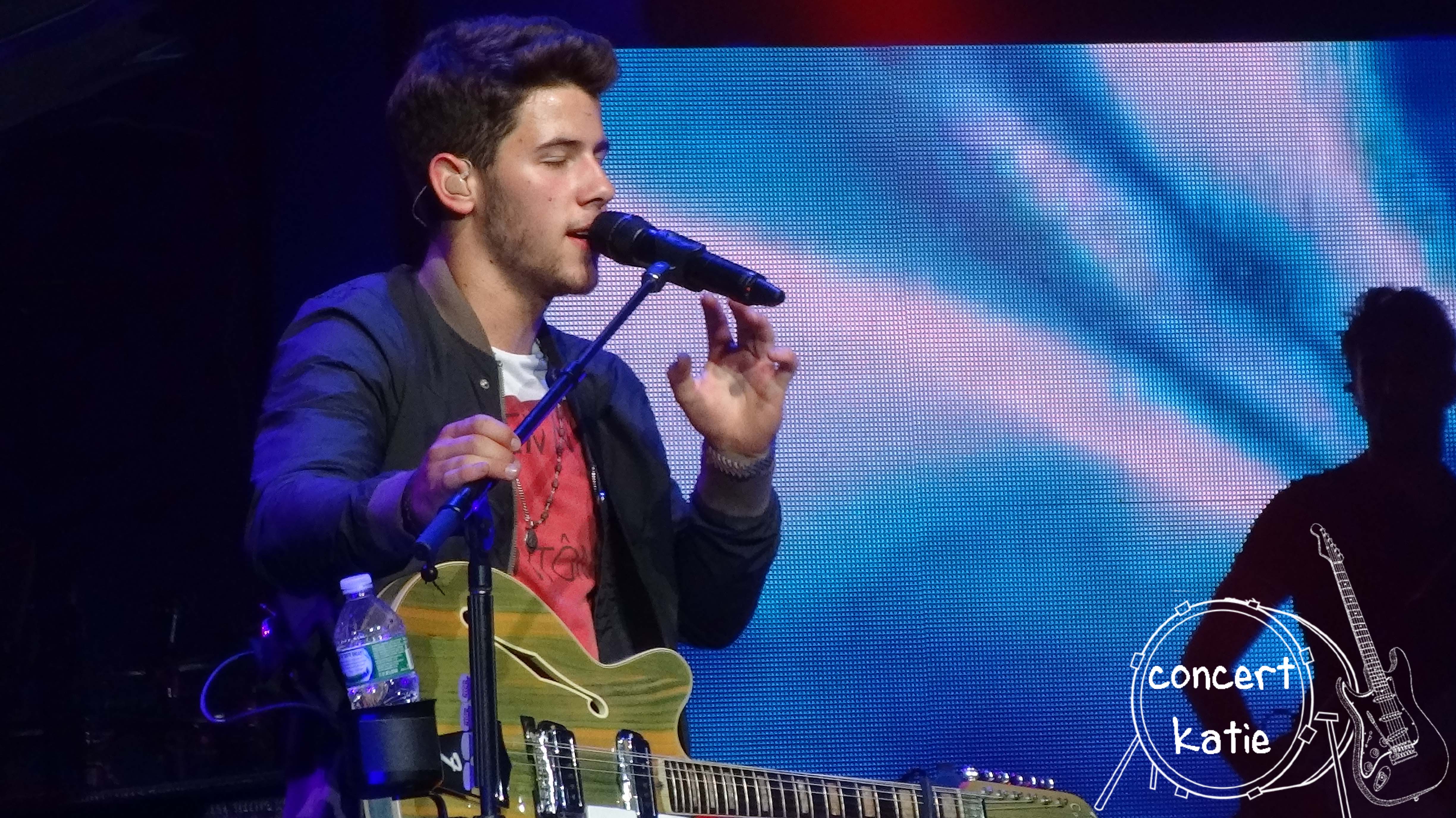 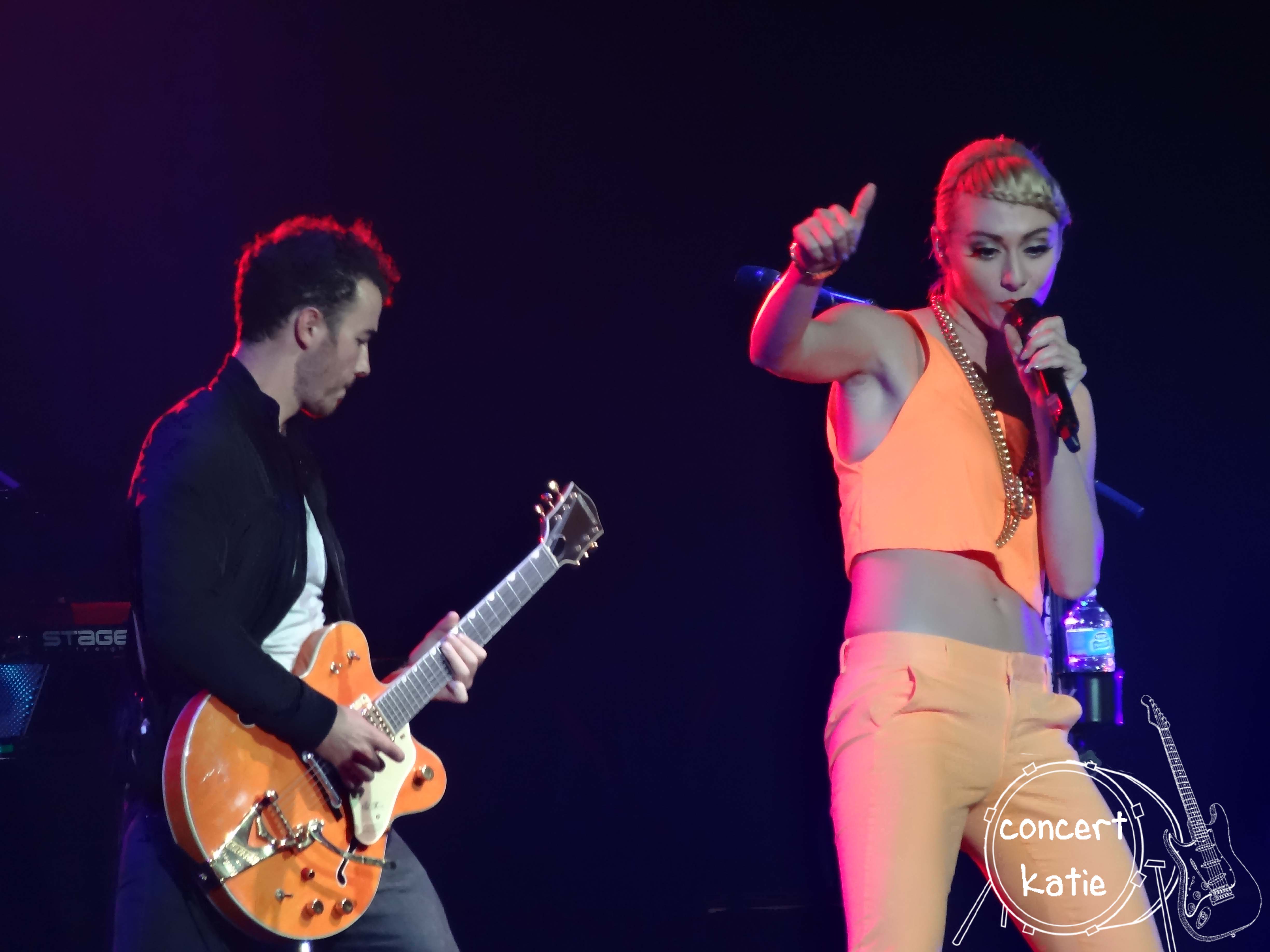 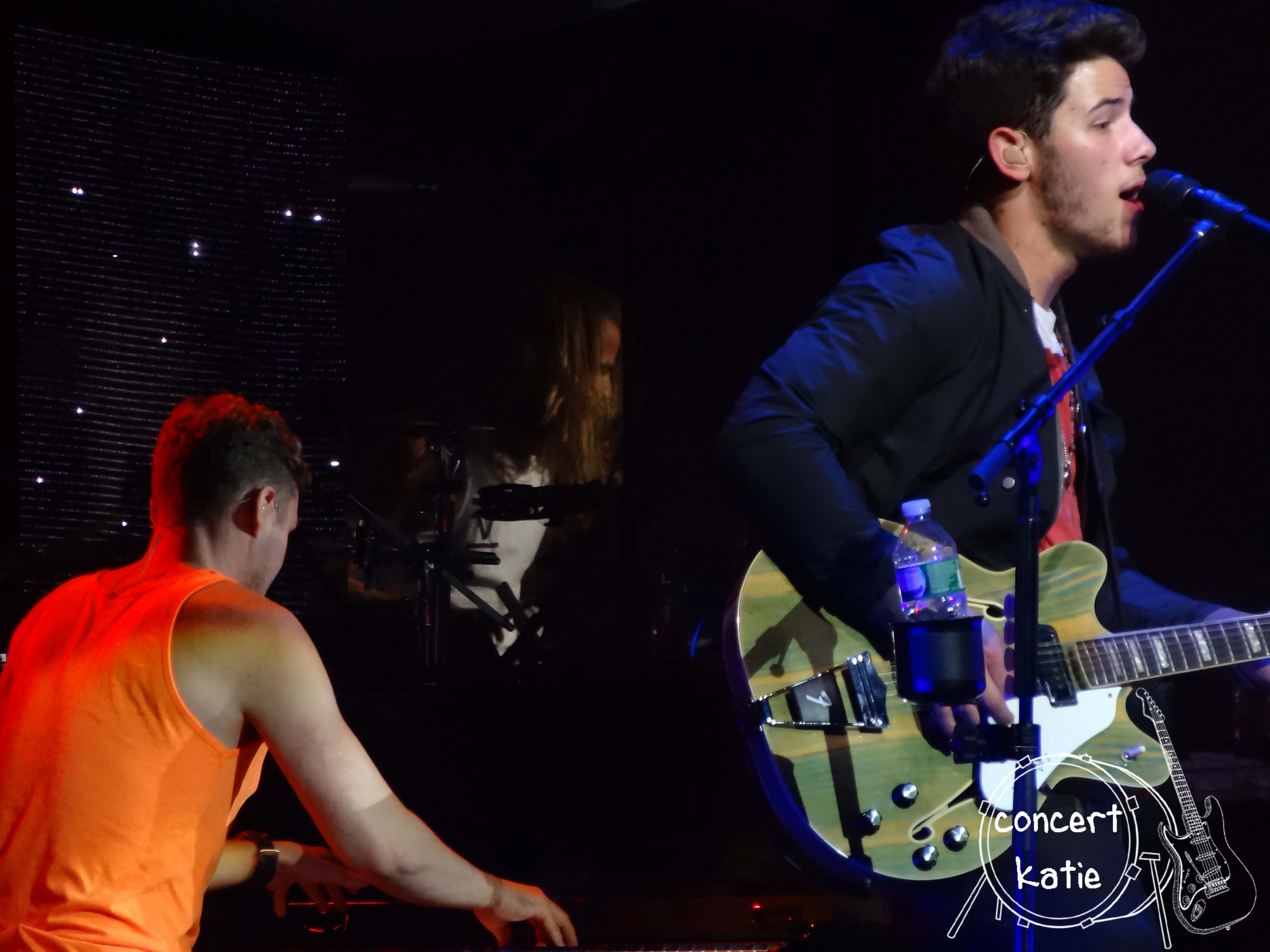 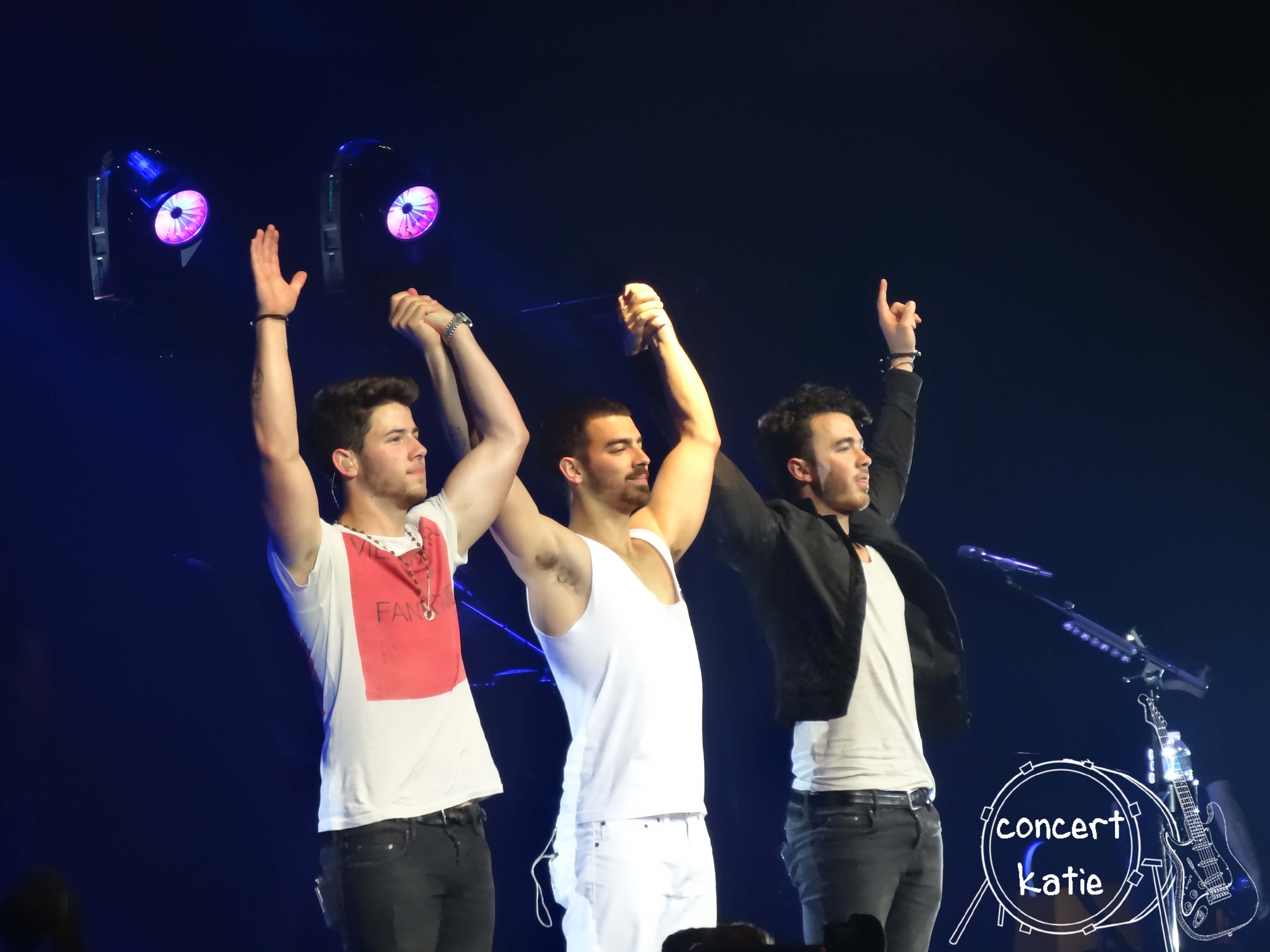