July 8, 2013 by ConcertKatie No Comments

Saturday night, Hunter Hayes headlined a SOLD OUT show at Oakdale.  Funny story about how I got a ticket to this show.  I had seen that Country 925 was doing a presale and in it, I kept pulling up 3rd row.  I debated about it a bit but ultimately did not buy it. (It was also the night One Direction was in Hershey and I was thinking I might go down there to see them so I was torn.)  Then one morning I woke up to a “Thank you for your Purchase” email.  I had apparently used the ticket app on my phone to buy a ticket when I was half asleep one night.  I guess my subconscious REALLY wanted to go.

Cory from Country 925 came out to intro the show a bit and then said to stay tuned for what sounded like “Sarah Hayes” the girl behind me was convinced that she said “Sir Hayes” and that it would be Hunter and then was worried maybe Hunter had a girlfriend.  I guess a girlfriend who took her boyfriend’s last name or maybe they had the same last name to begin with. A girl certainly did come out to open the show and she violated my #1 rule of opening acts.  She never said her name!! She introduced her guitarist and mentioned his name was Ben multiple times through the set but never said her name.  Turns out – she is Sara Haze. (And was not wearing a wedding ring so I guess she is not married to Hunter after all, lol)  You can find out more about her at her website, http://www.sarahaze.com/

At about 8:45, Hunter took the stage.  I have the first release of his debut album, but he mentioned that he re-released it with some new songs as an encore so I was a little bit out of the loop with some of the songs.  But he did a great job at mentioning some of the song titles and I did a great job of guessing the rest – if I do say so myself. (Let’s be honest. I wrote down lyrics and googled them when I got home like I always do)

At one point he asked if it was ok that they jam a little bit – and I knew that they were going into a Justin Timberlake riff and sure enough, Hunter started singing What Goes Around.  Later, he did Wanted (and it wasn’t at the end of the show) and I debated leaving because… that’s why I was there.  I am obsessed with the song and hands down if anyone can write a song for me equal to or better than Wanted I will marry them that second. (seriously.) Fortunately I decided to stick it out because the next song he did was a cover of Maroon 5’s This Love!

Funny Maroon 5 story. I may have mentioned this before but here it goes again because it all came full circle, kind of,  Saturday night. (Though I’ll probably still continue to talk about it so I’m not even going to promise to never bring it up again.)  Back in late 2002, I went to see 2 relative unknowns perform at the same venue Hunter headlined.  John Mayer and Maroon 5 was opening.  Totally fell in love with the lead singer of Maroon 5 during the set. Totally.  After the show, the guy we had gone with comes out of the bathroom and goes “That guy from the opening act you like is in the men’s room – go in and say hi to him!”  We didn’t want to go in the Men’s room so we passed (knowing what I know NOW I’d have at least waited outside to say hi!) and I kick myself for not following through on that opportunity constantly.  Anyway, that men’s room has since been converted into a women’s room and I used it on Saturday (for the first time ever though I think it’s been converted for a while now) and sure enough – Adam Levine was in there – in poster form – advertising the show at the Meadows I can’t go to.  So, anyway, I got a kick out of that… and then when Hunter did This Love – which I believe was the Maroon 5 song that they had John Mayer come out and play on (I’d never seen a headliner join the opener before) it just seemed to be a somewhat full circle moment. (Will totally come full circle for real when I eventually do end up meeting Adam Levine – whether it be in a men’s room or otherwise)

Now that I’ve written more about Maroon 5 than Hunter… I was very surprised that his set went for so long and with very little breaks.  There was a couple of minutes before he came out for the encore but prior to that the kid just goes and goes! And he has so much energy and so many different guitars…

When I was leaving there was a guy behind me talking with his girlfriend (I assume) and he said how he didn’t know what he was getting into at first, but he enjoyed it and was surprised that he played for as long as he did.  Of course the girlfriend was all “What did you think you were going to hate it and he wasn’t going to put on a good show?” and he was like “no.. but…” and I ended up in another position in the crowd so I’m not sure what he ended up saying to that – but I mean, I felt the same way.  I obviously fell in love with him after seeing him open for Carrie Underwood – but did not expect what he did for the full show. 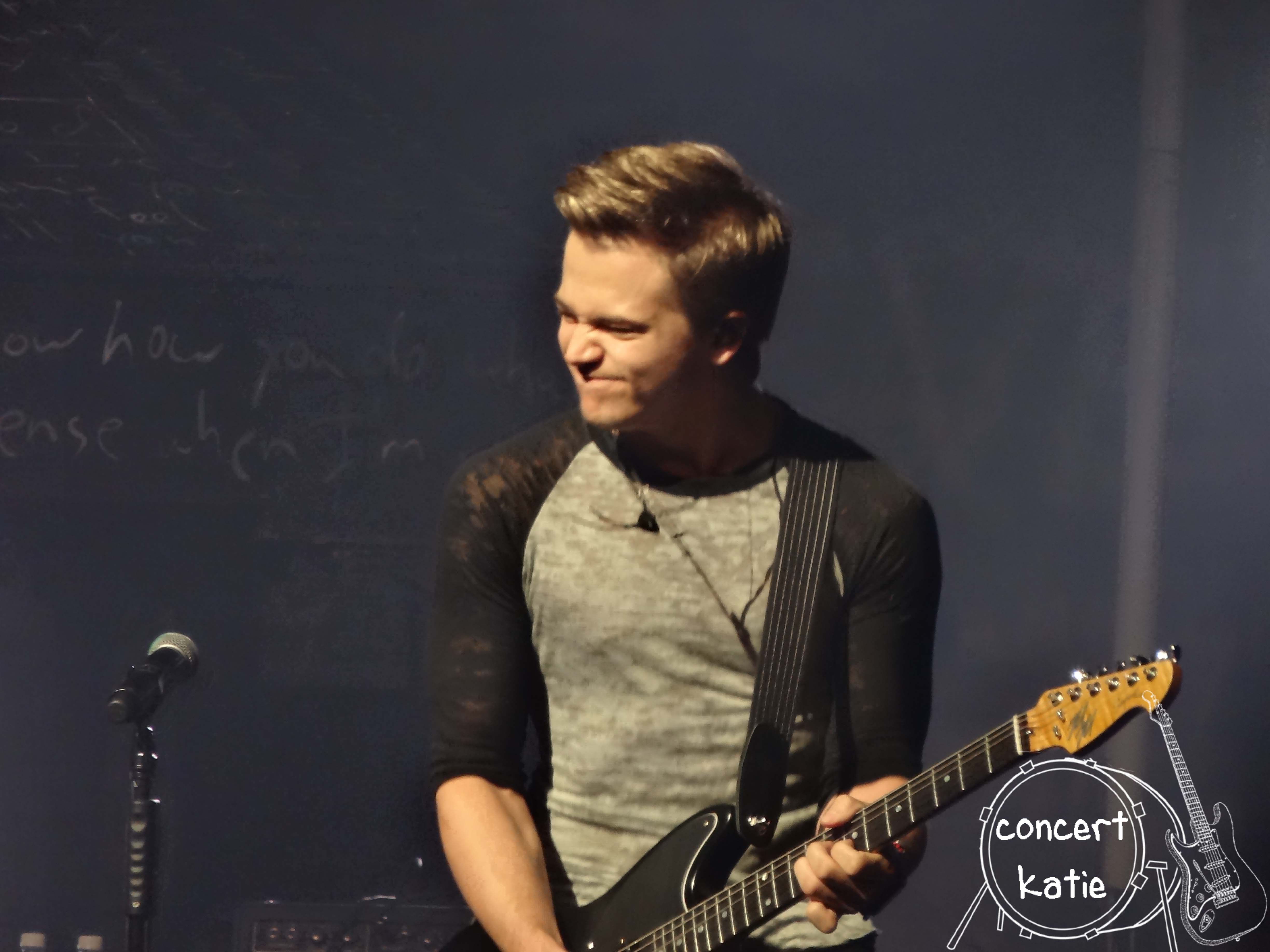 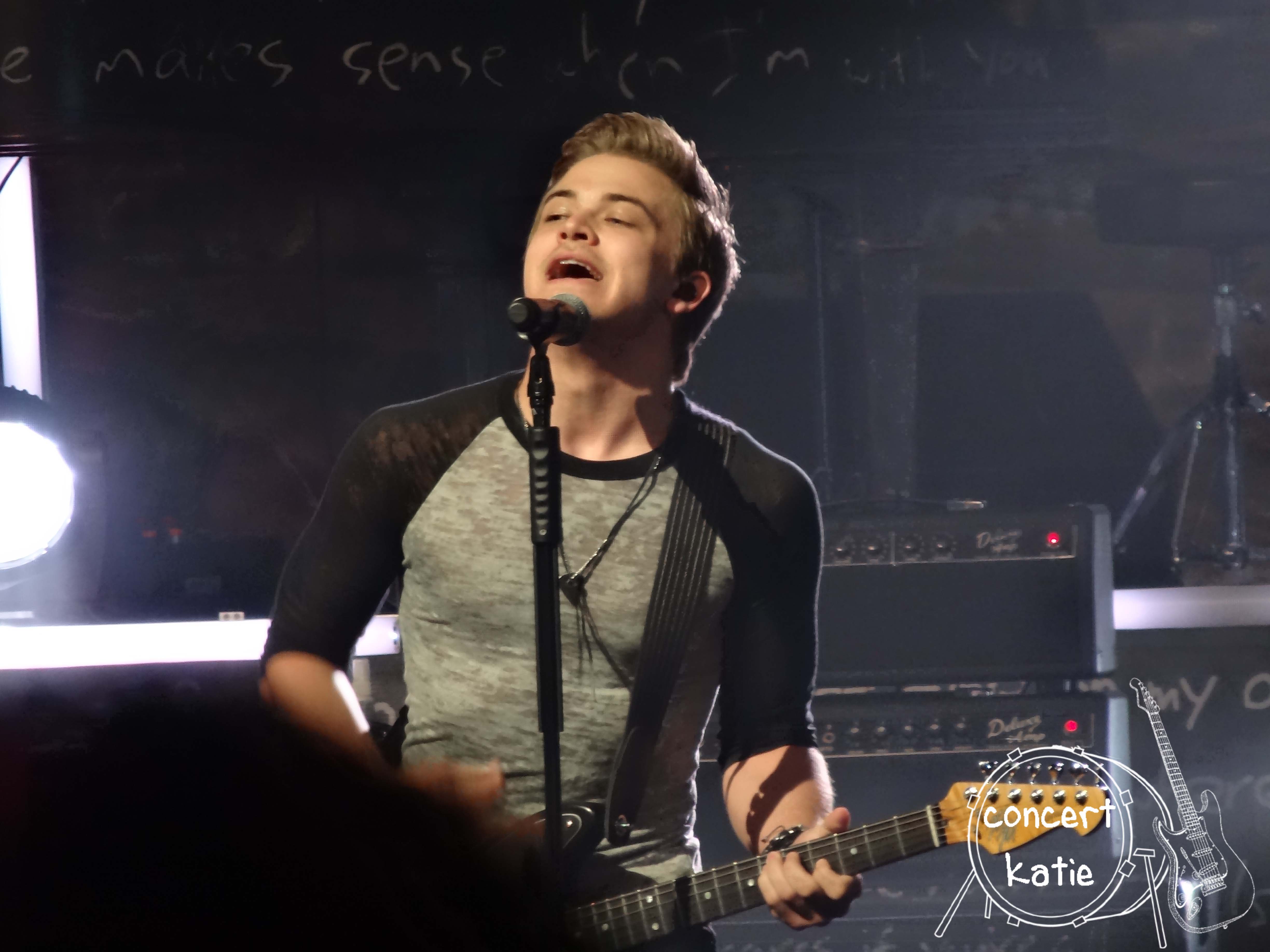 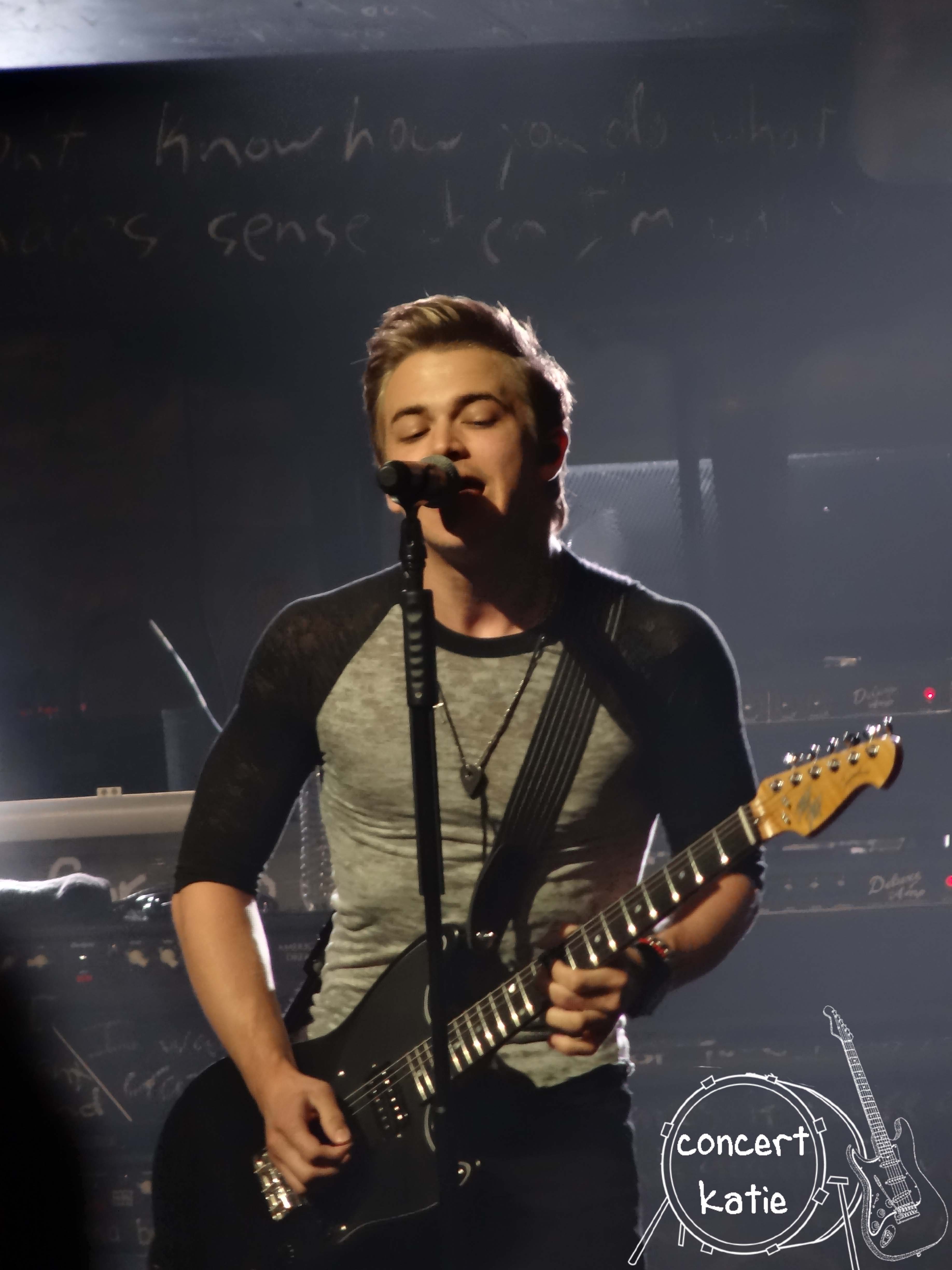 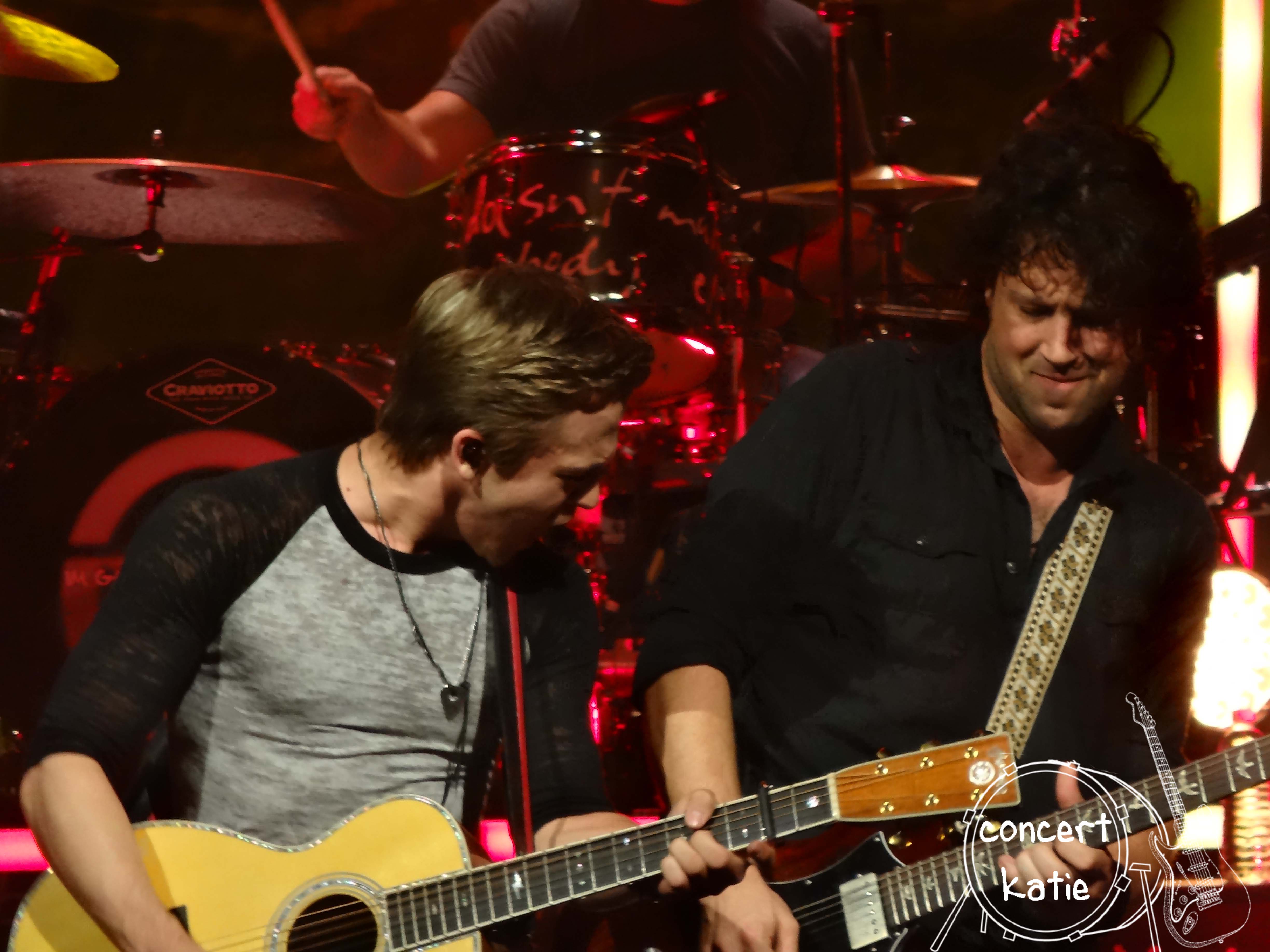 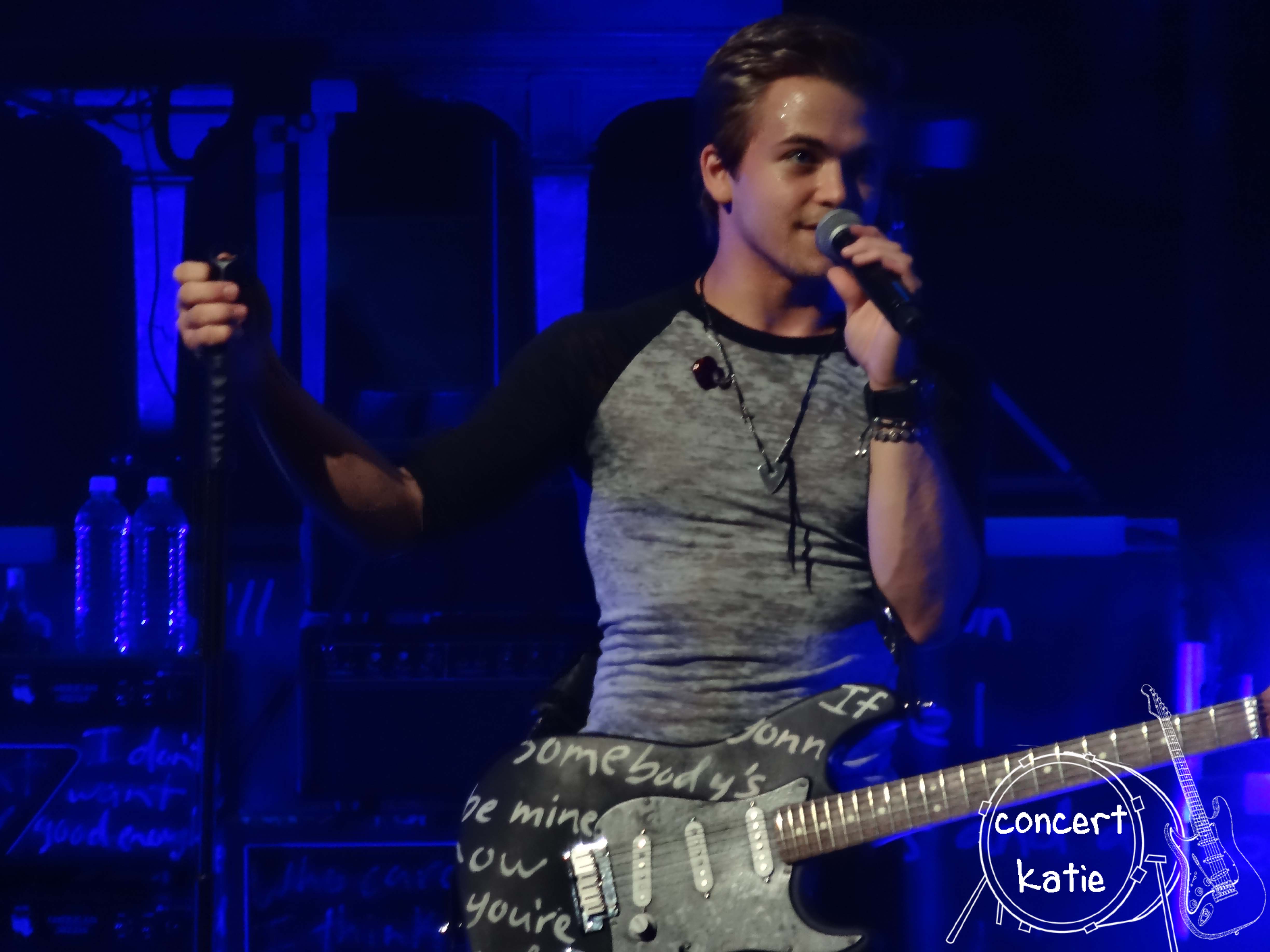 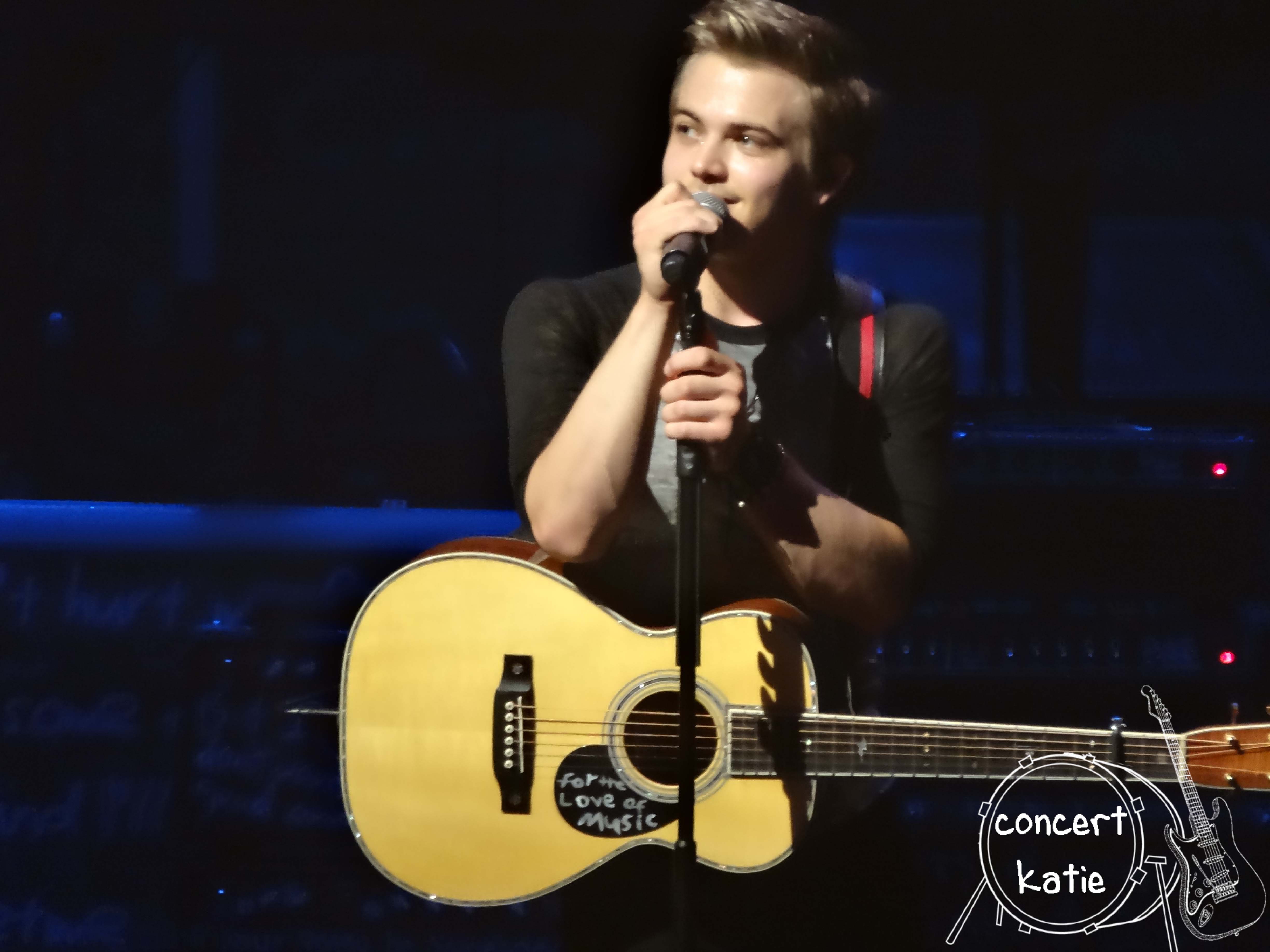 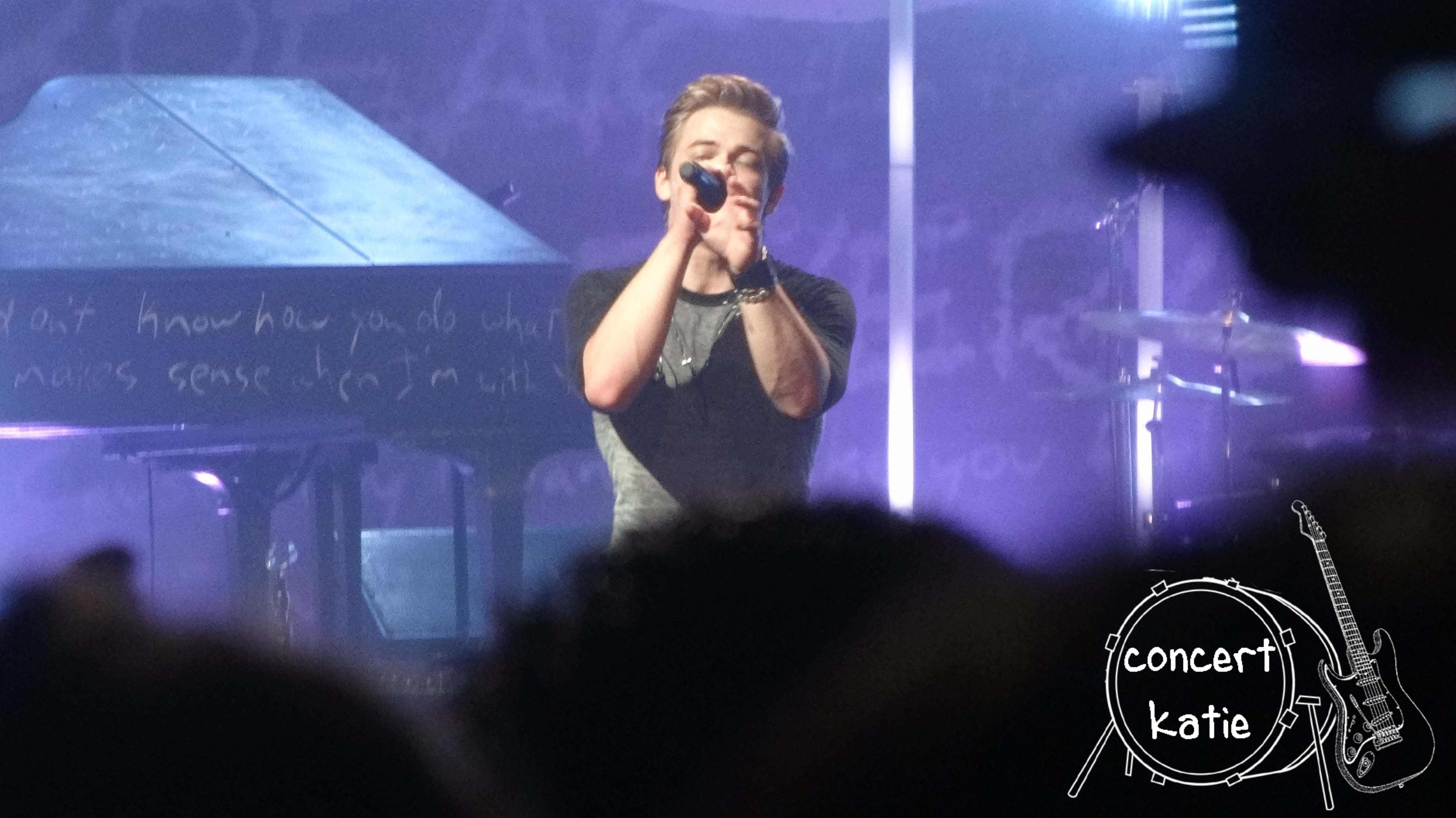