Jason Castro and Ryan Cabrera at The Space

Saturday night, Jason Castro along with Ryan Cabrera and Deleasa made a stop at The Space in Hamden, CT.  Also joining them were some kid named Ben (which I only know because I found a card with the list of performers, he never mentioned who he was – although we did come in halfway through his set) and Like Violet.

Like Violet is the new band with sisters Carly and Caitlin who were previously in Kicking Daisies.  This was their first acoustic show and they were encouraging everyone go to go New Haven to hear what they really sounded like with a full set next weekend.

Deleasa was up next and did basically the same set that he did when he opened for Honor Society a couple months ago, although I do think that his cover of Use Me was new.

Jason did a set of 9 songs and talked a bit about how he was thankful to American Idol (before he did Somewhere Over The Rainbow) and how because of the show he gets recognized a lot and that it was cool because it felt like he had friends everywhere he went.  But he said now that he has a daughter, he gets a lot of “Oh you’re that guy on Idol – LOOK AT THE BABY!” and she has been stealing his thunder a bit!

Ryan was last and did 13 songs with some mashups thrown in – and ended up playing until about 11:45. One of his mashups included One Direction and MMMBop so obviously I was pretty excited about that.  He also did a few songs that he wasn’t sure that he would remember – even though he wrote them (kind of funny how that happens) and some that he hadn’t done in several years.  Someone had called out that they wanted him to play My Friend John but he said that he couldn’t remember at all how it started but he did let us know that the song was about a friend that was not actually named John, he just called him John because when they were growing up the friend wanted to be John Mayer.

It was a fun night at a fun venue and it was my first time really seeing Ryan not at a radio promo appearance.  And I guess technically my first non-promo Jason show as well. 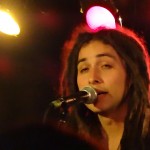 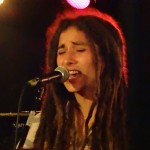 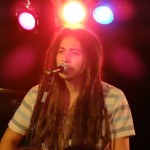 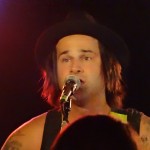 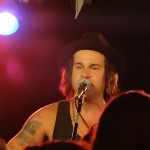 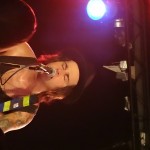 Ryan’s Set
Let’s Take Our Time
Exit to Exit / Superstition
It’ll Come Your Way / Little Lion Man
40 Kinds of Sadness
Hit Me With Your Light
Our Story
Illusions
True
?
Call Me Al / What Makes You Beautiful / MMMBop / We Are Young
Find Your Way
On The Way Down
I See Love