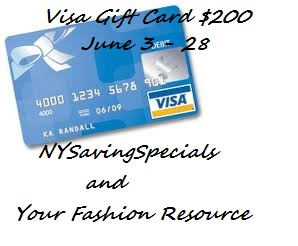 Come and be part of this awesome giveaway

The RC is not long because each co-host has there own RC with their links.

Any question please email me at nysavingspecials@gmail.com

Any question please email me at nysavingspecials@gmail.com 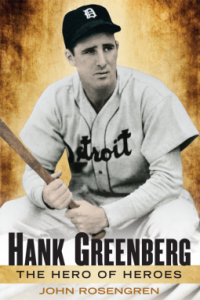 Hank Greenberg was a baseball player in the 1930s.  He was also Jewish.  The Hero of Heroes starts out with Hank sitting in the locker room on September 10, 1934.  Rosh Hoshanah.  By tradition, Jews should observe the holiday in prayer and not work or play.  Hank spent the morning at his synagogue and then stood up to leave.  Should he go and play?  He did not play the year before, his rookie year and no one noticed.  This year he was am emerging star and the Tigers were in first place – fighting the Yankees for the pennant.  The Detroit dailies were giving updates on his every move – was he home? At the synagogue  On his way to the ballpark? Everyone knew thanks to the dailies.  Hank didn’t like all the attention, he wanted to be private but the way he was playing and the position his team was in thrust him into the spotlight.  Hank made the difficult decision to decide to play and received hell from his fellow parishioners and rabbis.  But Yom Kippur was just 10 days away.

The story continues on with the struggles Hank faced being Jewish in a time when the Nazis were gaining power across Europe.  Being Jewish was very controversial as Hank was learning.  Hank went on to become a legendary slugger – alongside names like Jimmie Foxx, Lou Gehrig and Babe Ruth.

This was quite an interesting book – it almost seemed in some chapters that the baseball was just an after thought and not the main event in the book.  I had heard of Hank before but never really knew too much about him, so this book was an interesting read.  Most interesting I think was that back when Hank played the sportwriters often did not interview the players but instead made up quotes and attributed them to the players! So there are a lot of quotes out there and in biographies that are listed as fact which may not be. John Rosengren seemed to take great care when writing this book and tried to get everything as accurate as he could by talking to some of the players who were still alive and getting interviews from other sources (that weren’t made up) from players who had passed away before he started writing the book.  Definitely not an easy task by any means but I think he did a great job compiling everything.

Baseball in the 1930s was more than a national pastime; it was a cultural touchstone that galvanized communities and gave a struggling country its heroes despite the woes of the Depression. Hank Greenberg, one of the most exciting sluggers in baseball history, gave the people of Detroit a reason to be proud. But America was facing more than economic hardship. With the Nazis gaining power across Europe, political and social tensions were approaching a boiling point. As one of the few Jewish athletes competing nationally, Hank Greenberg became not only an iconic ball player, but also an important and sometimes controversial symbol of Jewish identity and the American immigrant experience. When Hank joined the Detroit Tigers in 1933, they were headed for a dismal fifth-place season finish. The following year, with Hank leading the charge, they were fighting off the Yankees for the pennant. As his star ascended, he found himself cheered wherever he went. But there were other noises also. On and off the field, he met with taunts and anti-Semitic threats. Yet the hardship only drove him on to greater heights, sharing the spotlight with the most legendary sluggers of the day, including Babe Ruth, Jimmie Fox, and Lou Gehrig. Hank Greenberg offers an intimate account of the man’s life on and off the field. It is a portrait of integrity, triumph over adversity, and one of the greatest baseball players to ever grace the field.