Kris Allen at the Fairfield Theater 2/19

February 22, 2014 by ConcertKatie No Comments

Wednesday night, Kris Allen returned to the Fairfield Theater once again (he was previously there in October 2012.)  I had bought VIP tickets so that got me in an hour early and we got a pre show performance from Kris – which he let us pick.  The first song yelled out was “I Need To Know” and he said he wasn’t sure he remembered it but would try. He struggled through it and teased “I don’t remember the words to a song I WROTE!” and said he was really embarassed.  The next song called out was Heartless and he asked if we were sick of that yet and he wasnt sure he knew the words to that one either, but made it through more of the songs.  He promised us that for the show he wouldn’t forget the words because he was practicing those! Then he went around the room to meet everyone, sign our posters and take photos. I told him that I thought his son was the cutest baby ever and he said “well, duh” haha He also said that life since Idol “Was awful” (kidding) and that he is working on the new album and would be playing us some new songs and that it should be out this year but he’s not exactly sure when yet.

At 7:45, Caroline Glaser took the stage. She was a contestant on The Voice but it was Season 4 which I did not watch (with Shakira and Usher) so I was not familiar with her at all. But when she started her set with John Mayer’s “Queen of California” I knew we could be best friends.  I really enjoyed her set, which actually ended up also including a SECOND Mayer cover of “Stop this Train”. She currently has an EP out with 3 songs on it, which I am going to have to pick up!  I also wonder if she knew that John Mayer grew up in Fairfield? (I couldn’t stick around after the show to talk to her, unfortunately)

Around 9pm, Kris took the stage. He started with the song Paul Simon, which I’m not sure if that’s what its officially been named now or not – but this was a new song that he had actually started playing when I saw him last year that had no name.  Then he did Better With You – which was a bit of a different arrangement than I am used to (probably becuse he hasn’t had a full band in a while) but I looooved it.

(This isn’t my video but I loved it so much I had to track one down)
Caroline joined him on stage for Loves Me Not, but when he went to introduce her she wasn’t there to come on stage so he started teasing that a lot of things could be going on backstage and maybe she was in the bathroom. When it seemed to be taking extra long he teased that he was just going to move on without her – but she did finally make her way to the stage! He also teased because she said it was really hot but he wasn’t hot.  They figured it must have been because she had on a sweater and he had on a lighter shirt. (But it did seem to cool down when Kris took the stage! Temperature wise, not performance wise or anything like that!)

He has a new song Dance that he said started as a joke but then he started playing it for people and they liked it so now I guess it is a contender for the new album!  I really enjoyed all of the new songs that he debuted, so I am now looking forward to his 3rd album even more than I already was (if that’s even possible.)

He went in to a little bit of Blurred Lines during my favorite song, Rooftops.  He ended the set with having everyone stand for Live Like We’re Dying and Shut That Door and even danced with a few fans who came to the edge of the stage.

For the encore, he did a song called “End of the Show” that was hilarious.  Here’s another video that’s not mine… but you should check it out because I’m not sure anything I write can do it justice.

I think he ended up playing for about an hour and half. I left the show with a sore throat from singing along and had an absolute great time. It made me a little bit more bummed that I couldn’t see him in Norfolk, but hopefully he will be back around this way soon! 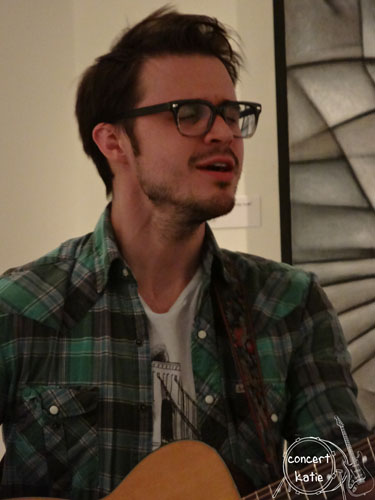 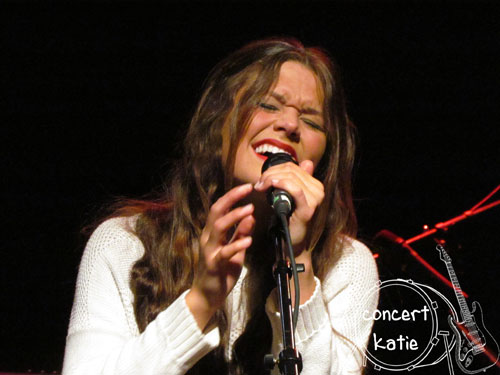 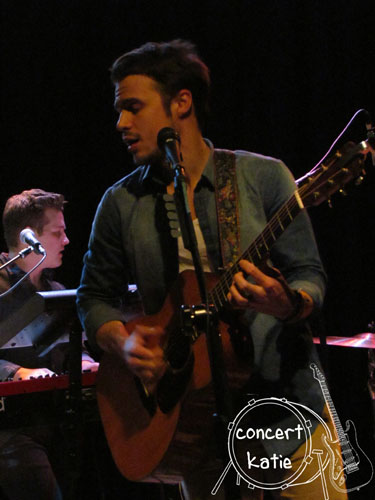 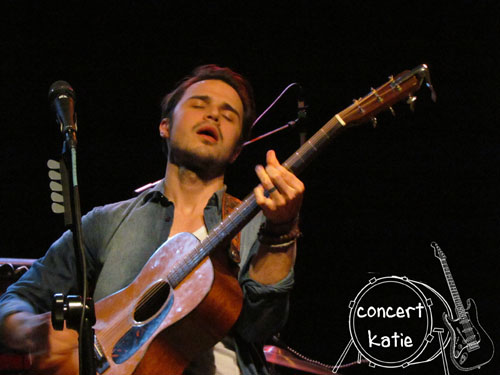 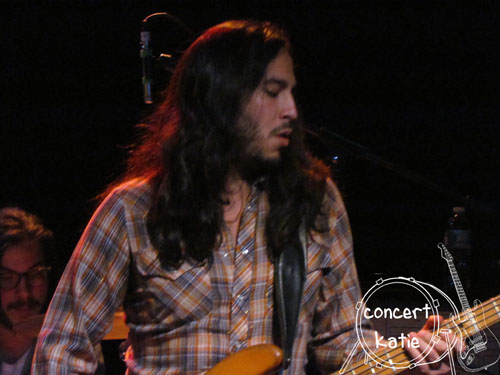 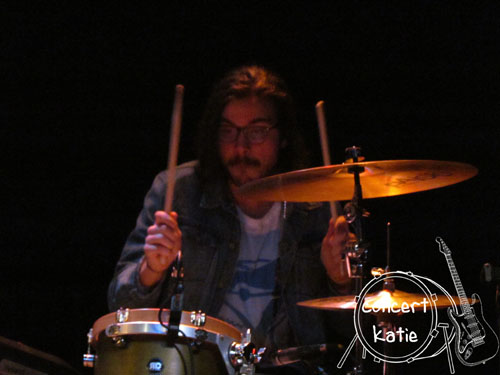 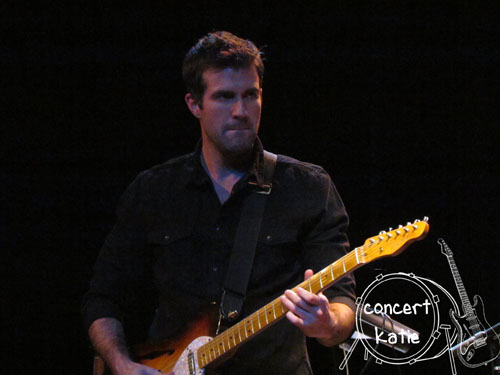 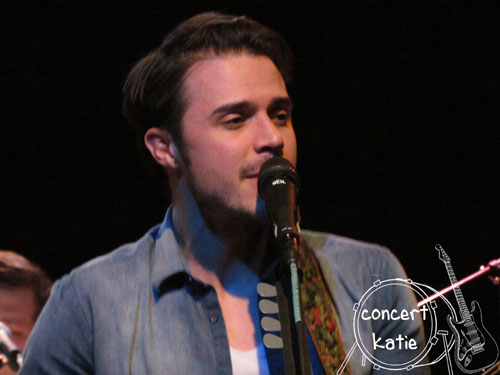 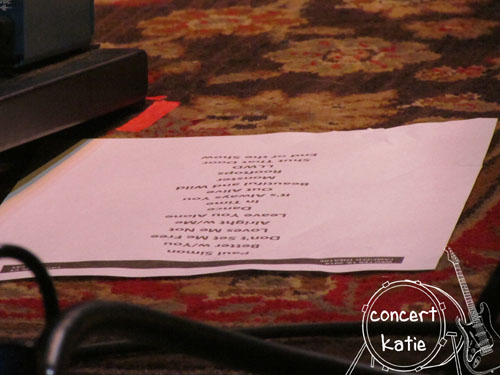 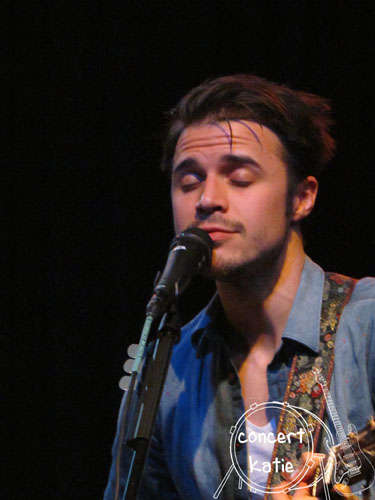 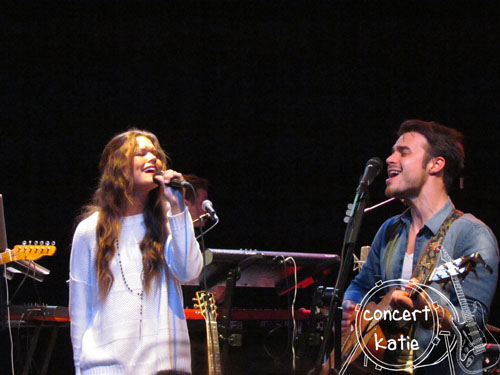 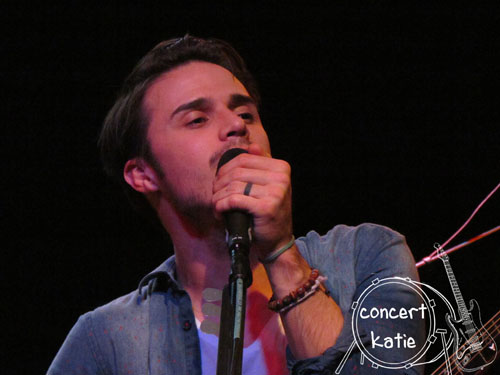 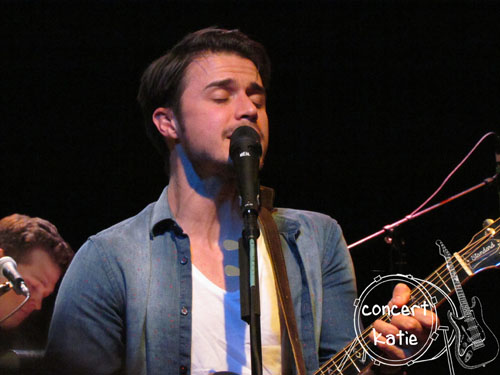 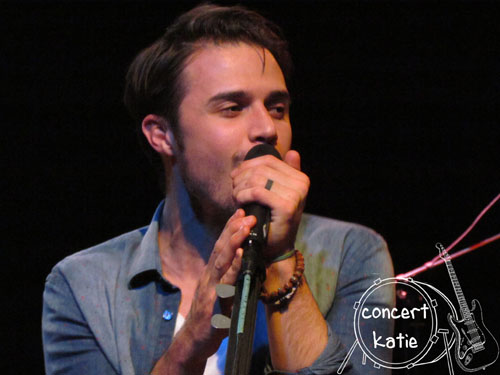 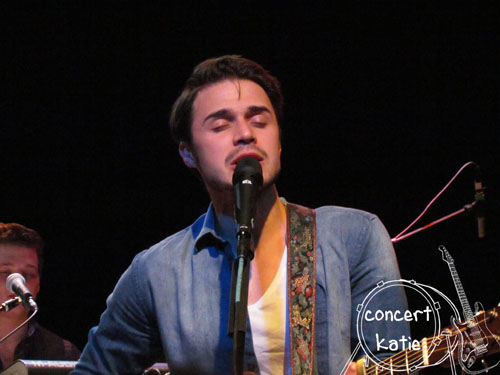 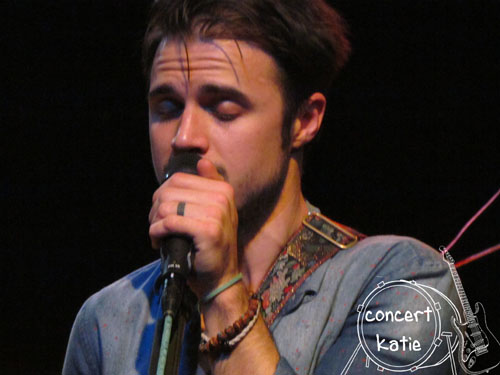 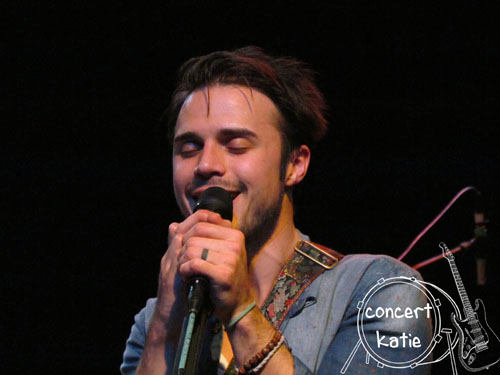 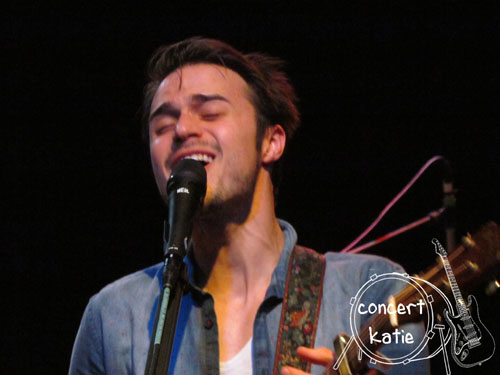 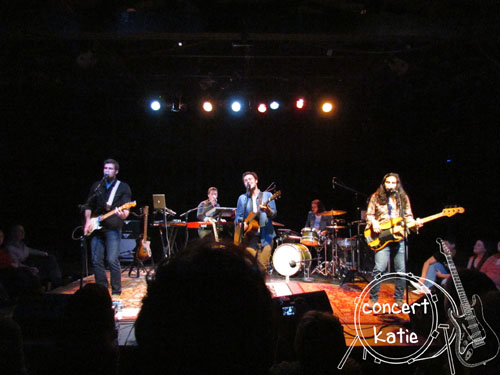 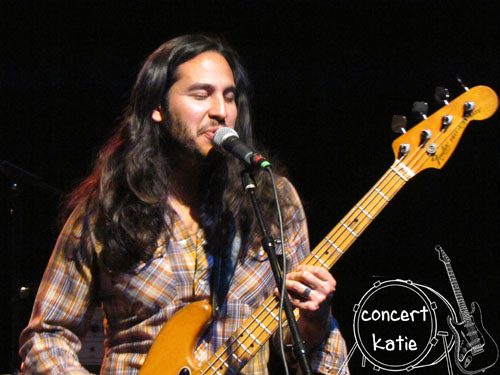 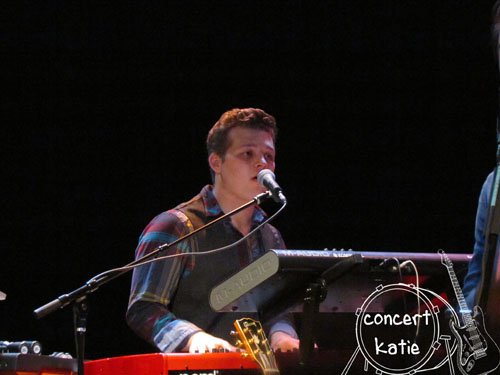 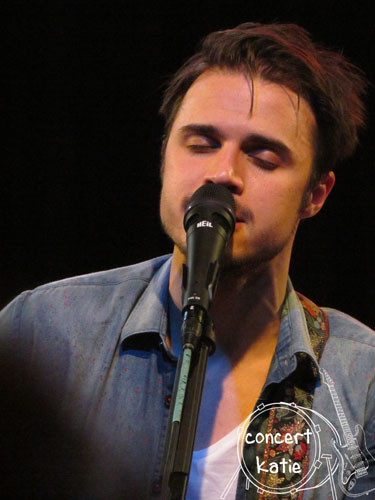 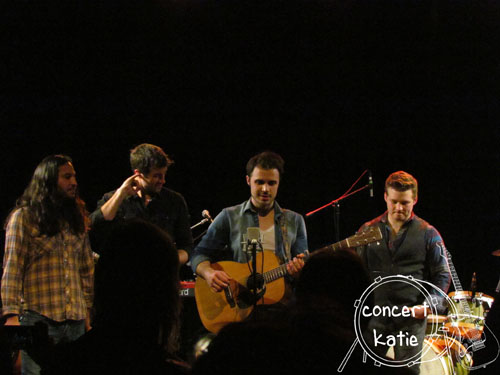 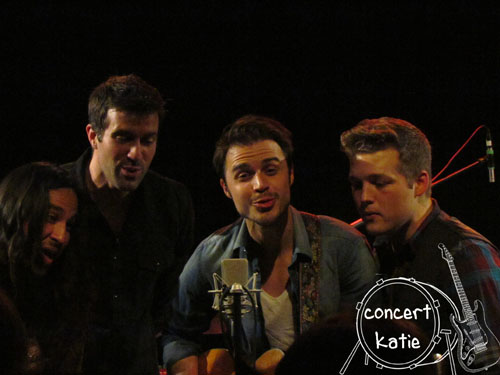 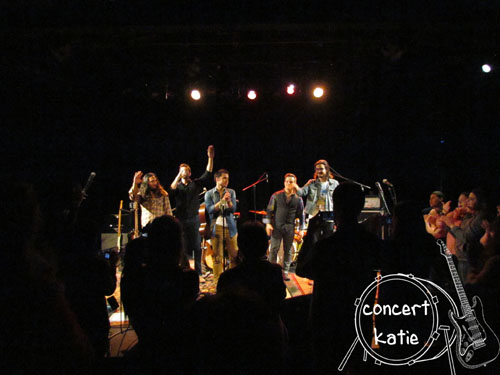 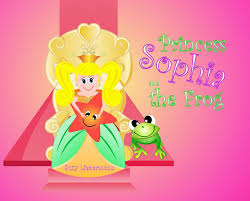 Princess Sophia and the Frog tells the story of Sophia, who is bored.  She is visited by the frog who tells her that if she dances with him and kisses him they can go on an adventure.  While they are on the adventure they meet a star that is sad and Sophia and the frog cheer up the star.  When Sophia returns home after the adventure with the frog she realizes that she is happy and meant to be in the castle where she lives and that who she is with help make her happy!  A very fun book for kids with all rhyming pages and some wonderful illustrations.

I purchased a free e-copy of this book through a promotion on Amazon in order to write this review.

A wonderful fairy tale about friendship and happiness:

“PRINCESS SOPHIA AND THE FROG is about a little princess named
Sophia and her new friend the frog, Sophia was bored so the frog
convinces her to give him a kiss and dance with him so that together,
they can take adventures. This isn’t just your typical fairy tale
because it’s more about friendship and happiness than love. It’s a new
kind of princess story that takes an old tale and puts a new spin on it.
The way it’s written is so fun because it rhymes and the words go from
normal to big. It’s just such a perfect children’s book. My little one
loves the illustrations and I think that she also really enjoys how
colorful it is.” (Thank you Marianna!)

On her adventure Sophia learns about feelings. She also learns that
she can choose what mood she surrounds herself with, as this will impact
her own.

After her return to the castle she realizes that all she needs to be happy is to be surrounded by good friends.

There is a free PRINCESS SOPHIA coloring book available on the author’s website: