February 7, 2014 by ConcertKatie No Comments 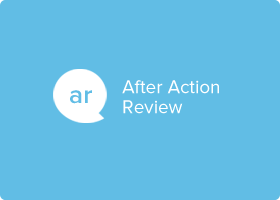 After Action Review is an interactive self-development tool based on a structured after review process for analyzing oneself. Record your daily, monthly or yearly after action reviews. The purpose of the daily After Action Review is to encourage you to take full charge and responsibility of your self-development. The tool is highly interactive and helps you to enforce this discipline within you.

When you complete your AAR you are asked questions based on 4 categories: Achievements, Lessons, Improvements and Changes.  These questions are – Today, What have I achieved?  Today, what have I learned?  Today, What could I have done better?  Tomorrow, What am I going to do different?  To hold yourself accountable for your actions.  I constantly have a to-do list sitting on my desk.  Most of it is blog related and posts that I have to work on and books I need to read, but there is one column that is a bit of “everything else”, usually crafty stuff or cleaning my room or updating things on my computer or other websites.  These items almost always get left undone.  I am trying to be better in 2014 about my to-do list and even breaking it down in to smaller lists by day of what should be done so that the “bigger picture” so to speak doesn’t overwhelm me.  AAR helps me focus and if I answer these questions each evening based on my achievements, I can easily see where my weaknesses are and if those items I put off to do different tomorrow really get done.

You can also view your AAR History for a range of dates, so I can easily go back in May and say.. hey what were my issues in February? And see if my Improvements really are improving or if maybe this is a bigger problem that I really need to focus on.

I have this service for a year and it is kind of hard to review it based on a 3 week trial of it so far – but I think that if I continue to stick with it I will certainly see some positive changes in me – changes that will be for the better and make me more focused in the long run.

Book Review: A Friend in the Music Business 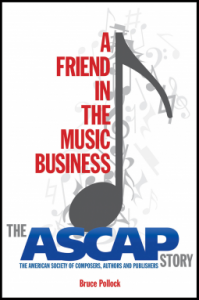 A friend in the Music Business is the story of ASCAP which is the American Society of Composers, Authors and Publishers.  I have heard of this before and knew a little bit about what they do – basically relation to getting artists royalties when their songs are performed.  I have used their website many times to look up what songs Hanson has registered there (sometimes finding unreleased items listed).  But A Friend in the Music Business really goes in to why and how it was created – and actually right here in CT in Bridgeport in 1914!

It talks about how ASCAP has had to change with the ever changing music industry and it’s kind of hard to believe that ANYTHING in the industry is still around from 1914 considering how rapidly everything seems to be changing.  But it seems to keep changing as well and it talked about how to deal with digital downloads and the like and how copying music is stealing and that artists only get paid for the initial recording and nothing for the additional copies that are made when things are burned or digitally passed around.

Certainly an interesting read for anyone interested in the industry or thinking about being a composer, song writer, etc. Very interesting to see how it all works out and how royalties are figured out and everything like that.  Far too complicated for me to figure out,that’s for sure!

On February 13, 1914, a group of the nation’s most distinguished and popular songwriters gathered in New York to support the mission of ASCAP, a new organization for publishers and songwriters. A few years later, ASCAP received its mandate from the Supreme Court to collect royalties for the public performance of copyrighted material.

Over the course of the next century, ASCAP has been as prominent a force for the advancement and nurture and financial well-being of songwriters as any record label or publishing outfit one could care to name. With a responsive board of directors made up entirely of songwriter/composer and publisher members, ASCAP has defended creators’ rights at every turn against those who would seek to devalue music.  Today, with copyright under renewed assault, that mission is as resonant and vital as ever, along with its relatively new role as nurturer of the young artists who represent the future of music.

Award-winning music writer Bruce Pollock explores the growth and changes within this complex society and its relationship to emerging technologies, in the context of 100 years of an ever-evolving music business, to see how ASCAP has become, for those who hope to make a living making music, now more than ever, “a friend in the music business.”