January 26, 2014 by ConcertKatie No Comments

Each day, Hanson had their events that they did with the fans.  The first day depending on your color you were either with Zac or Isaac and the next day things were flip flopped.  The last night everyone had Taylor’s afterparty event at the same time.

We started off with Isaac’s trivia sessiona at 3pm our first full day at the island.  I was convinced I was going to win it – but damn the questions were hard!  There were 10 multiple choice questions for us to answer and Isaac did 3 head to head with fans for them to win a t-shirt if they beat him. (Or either way)  He had said that the next day the questions would be different so we figured we would hang out in the back and just keep track of everything (you never know what I might need to snag and use for Trivia Tuesday on Hansonstage…)  They seemed to be a bit easier the second day, or maybe the pressure was just off because we were playing for fun.  Matt Wertz also co-hosted the event – in nothing but his swim trunks. 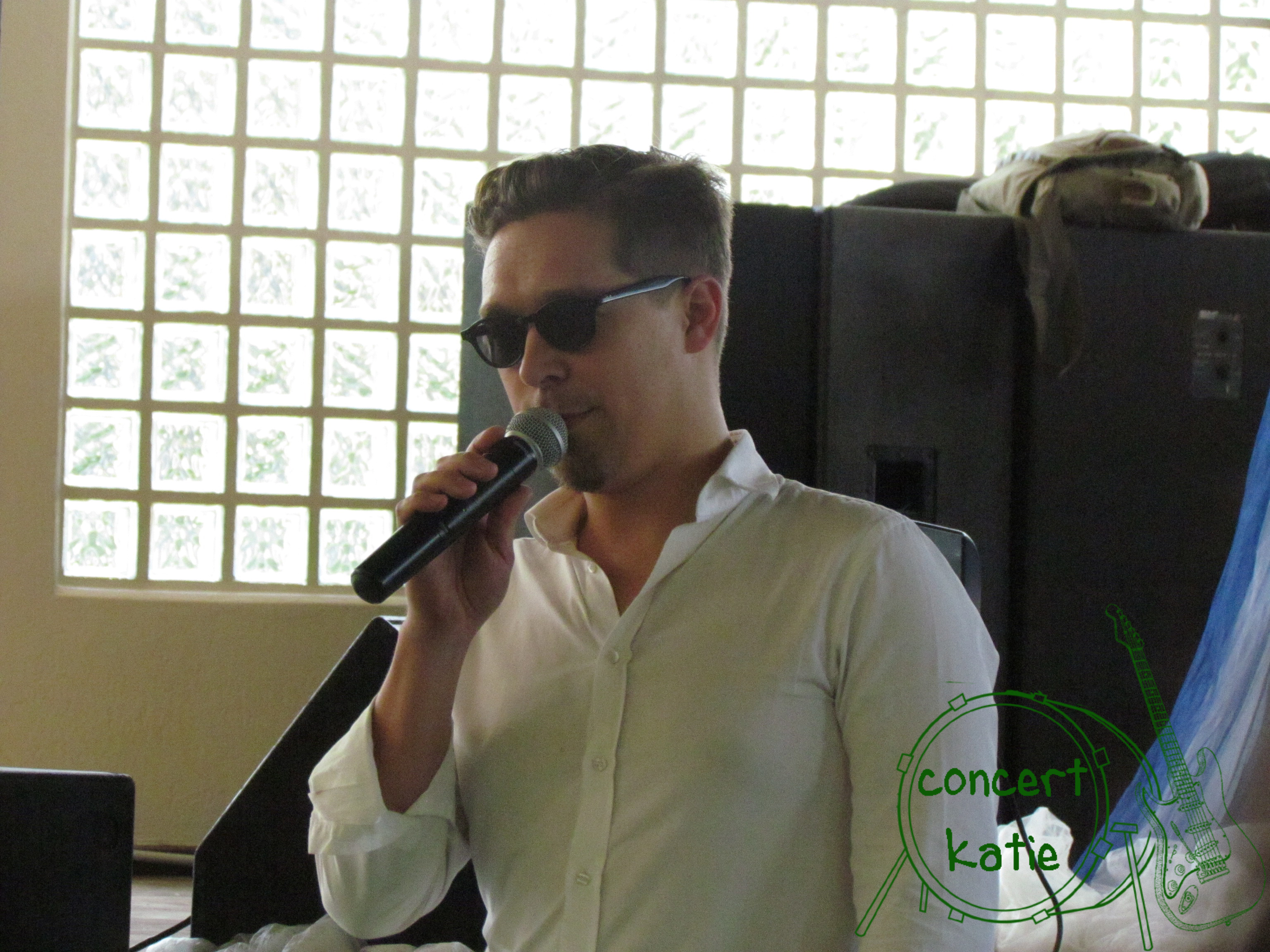 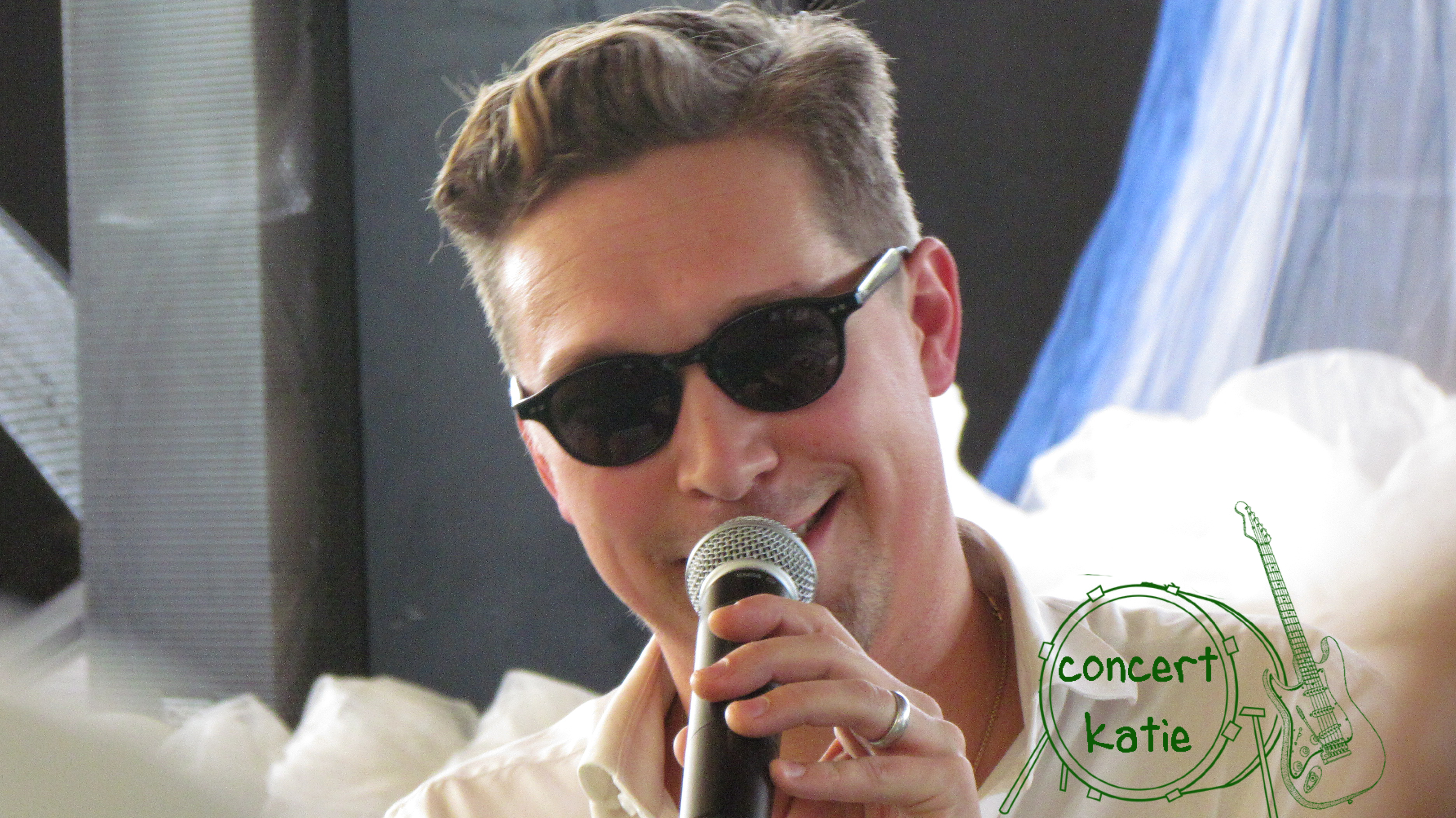 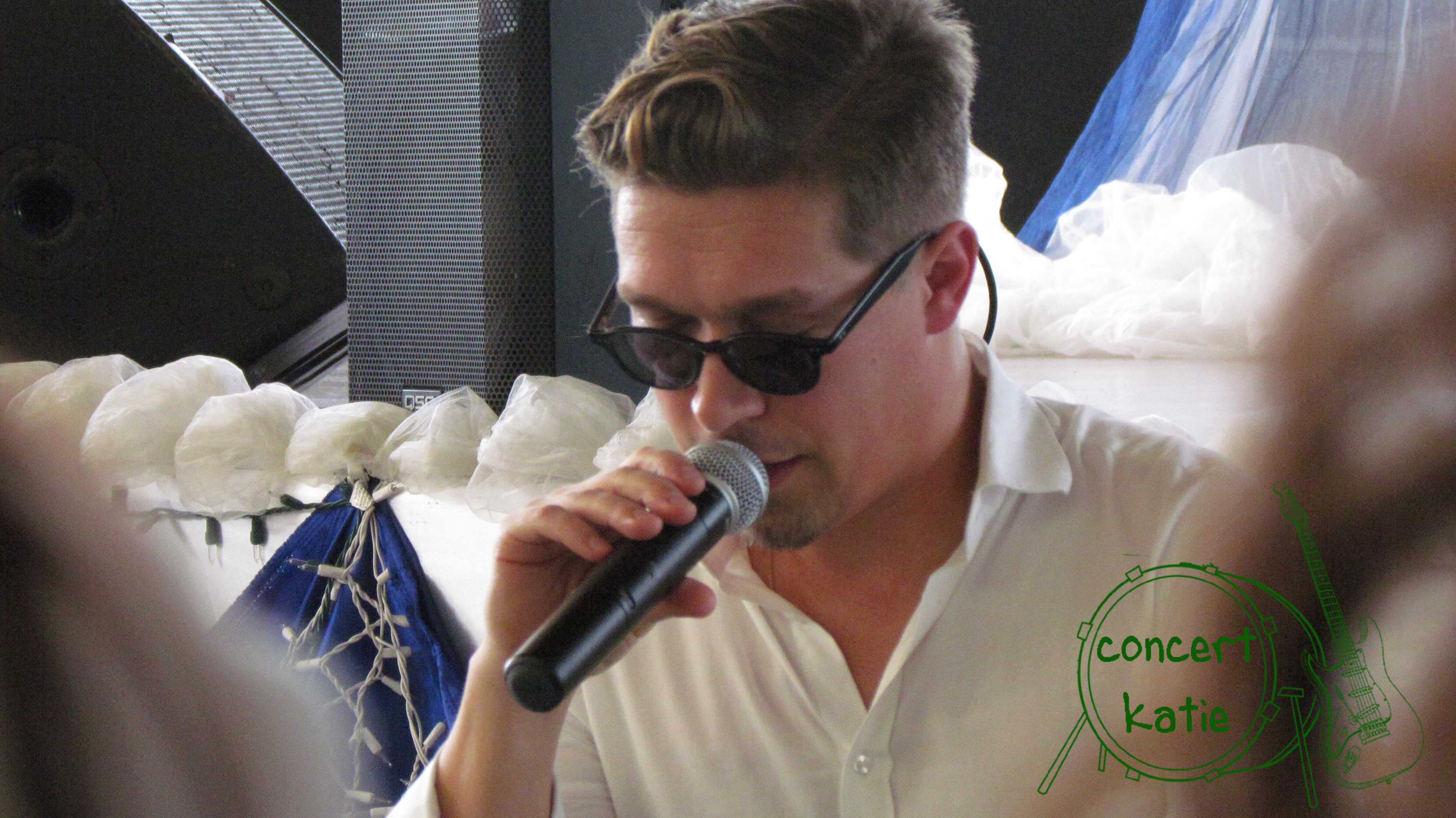 The second morning we headed out to tie dye with Zac.  I wasn’t sure if I wanted to use my actual merchandise t-shirt or just a plain shirt I had bought because I was not very happy with what I ended up making last year. (Mostly due to the dye mixing and them not having cups) Last second I decided I might as well dye the Hanson shirt.  Zac gave demonstrations of 3 kinds of techniques and then went around and helped us with it. I twisted mine on my own but was afraid to pick it up to put the rubber bands on it.  Zac put the rubber bands on for me and said to use the grass so I wouldnt have to lift it.  I flipped it over and had some grass and even a twig caught in it lol  I decided to use Yellow, Pink and Blue and it came out really nice even with some purples and greens from colors mixing together.  WAY better than last years! 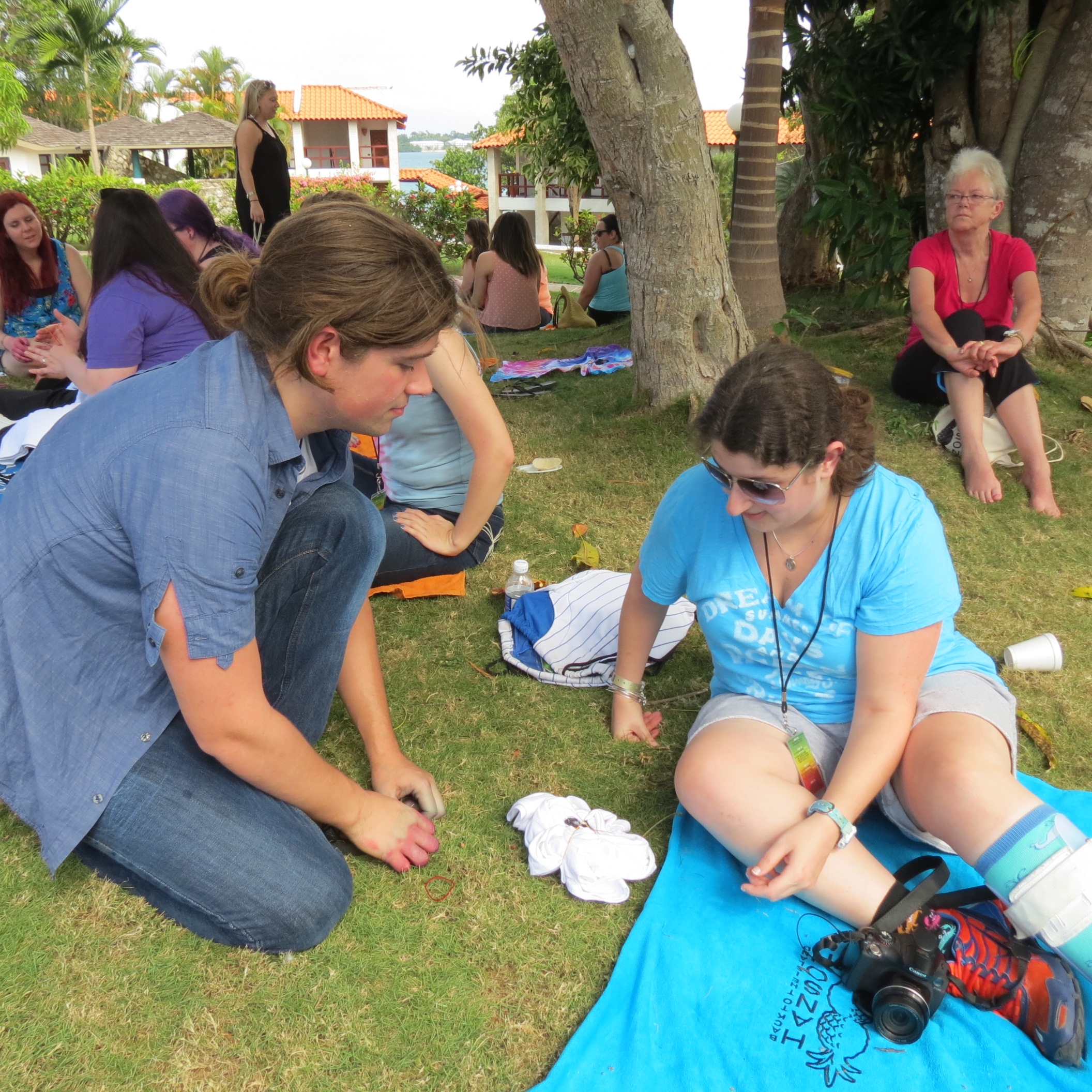 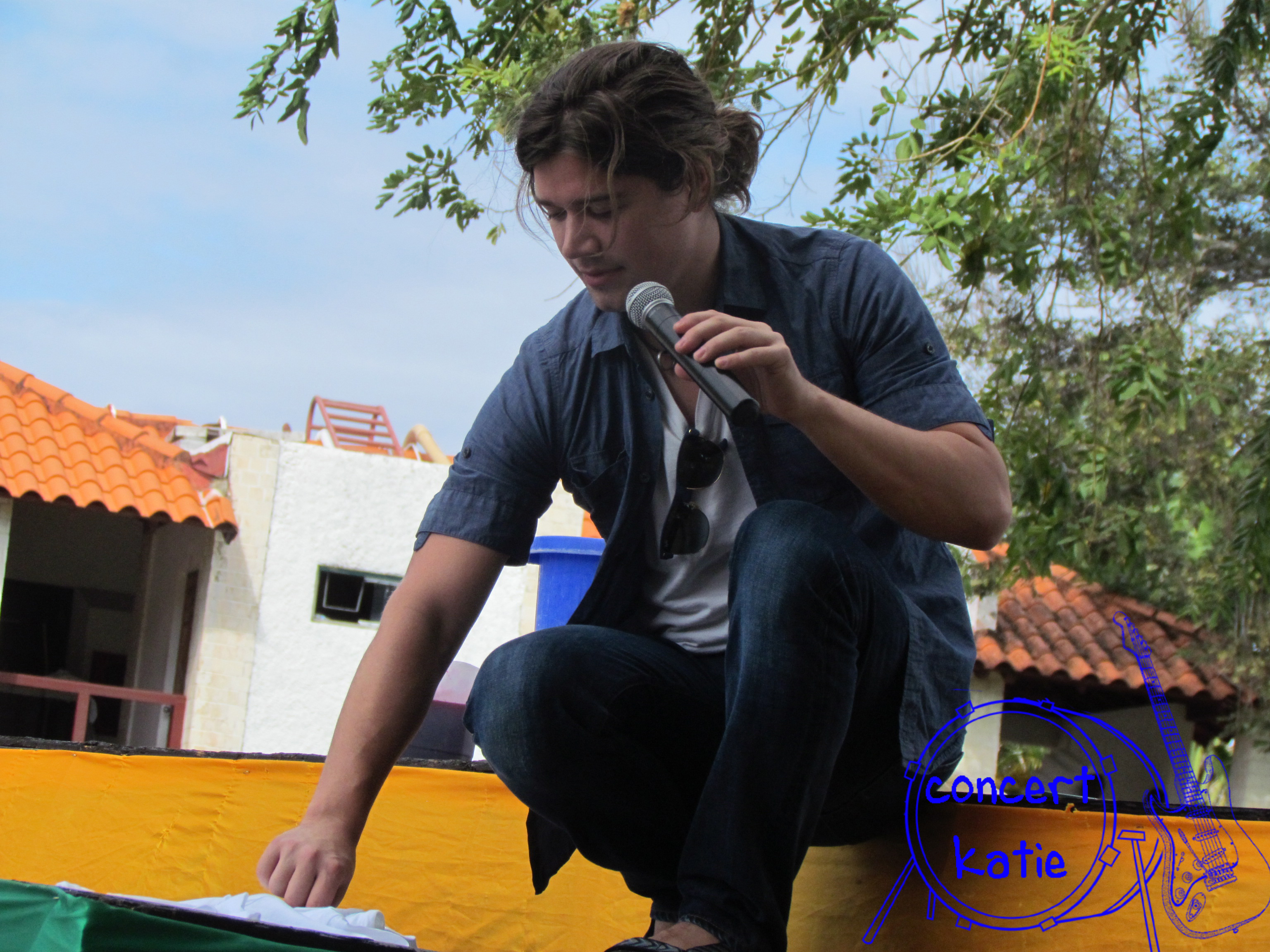 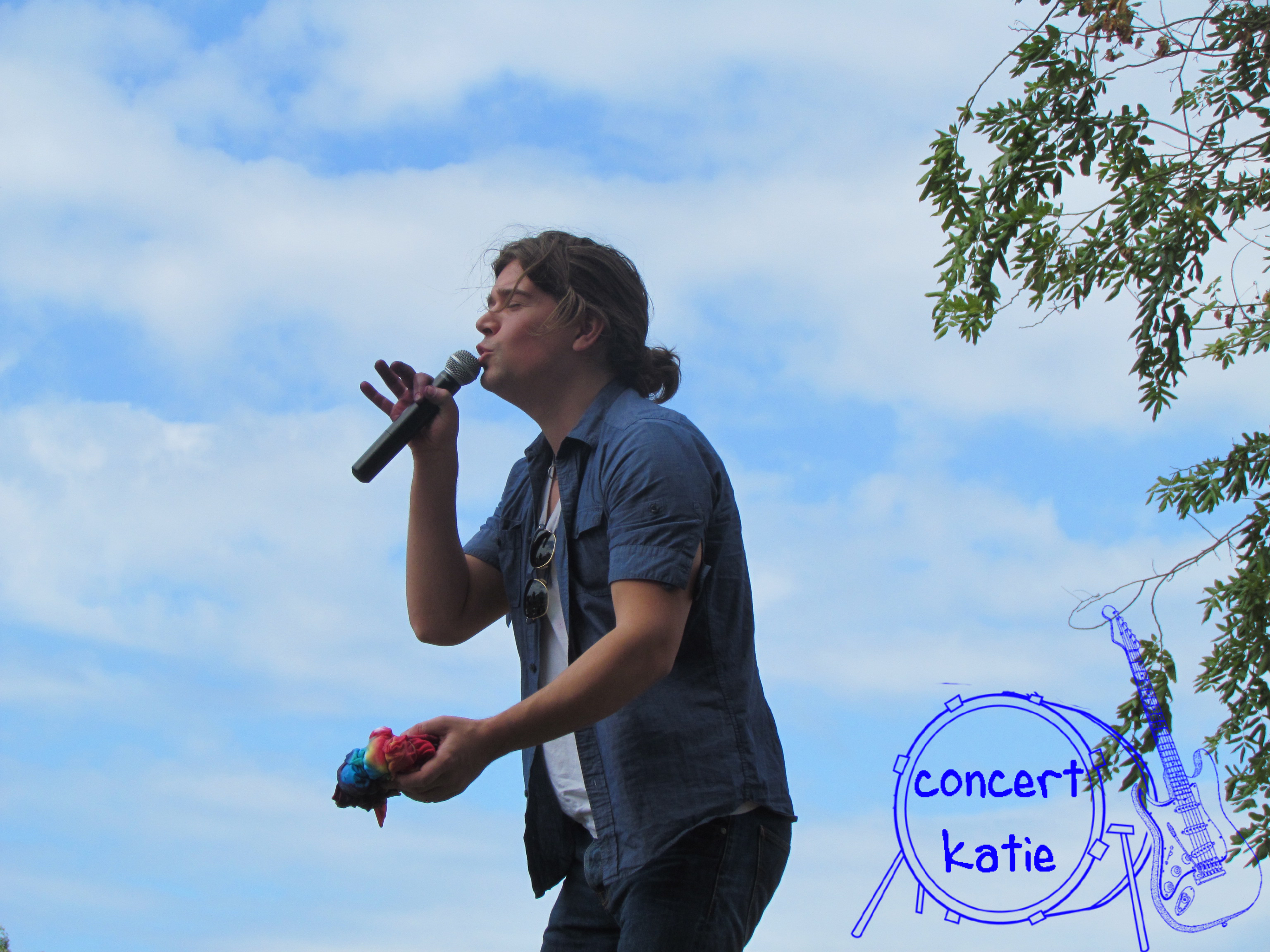 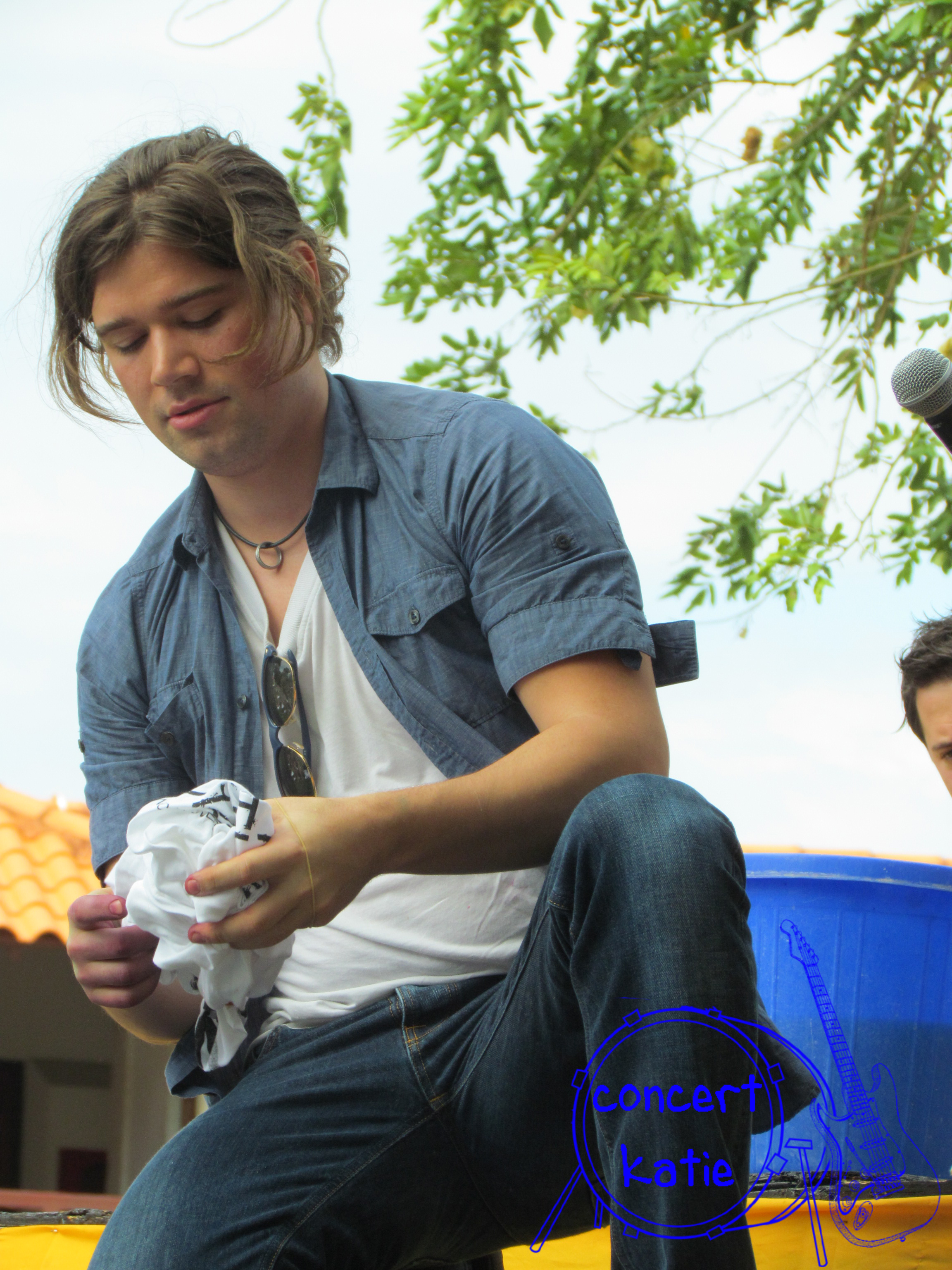 The final event for everyone was after the 3rd Hanson show. It was Taylor’s afterparty and it went until 2am! (Which kind of stunk considering the first buses to leave the resort were leaving at 6am and ours was leaving at 8:30am!)  Taylor played the jams and Zac joined him on stage.  Also joining them throughout the evening were their backup musicians as well as Paul and Matt.  We had no expectations after the dud of Taylor DJing at Mixtape Festival, but this was definitely a vast improvement. They were dancing and singing along and having a great time.  It was a lot of fun! 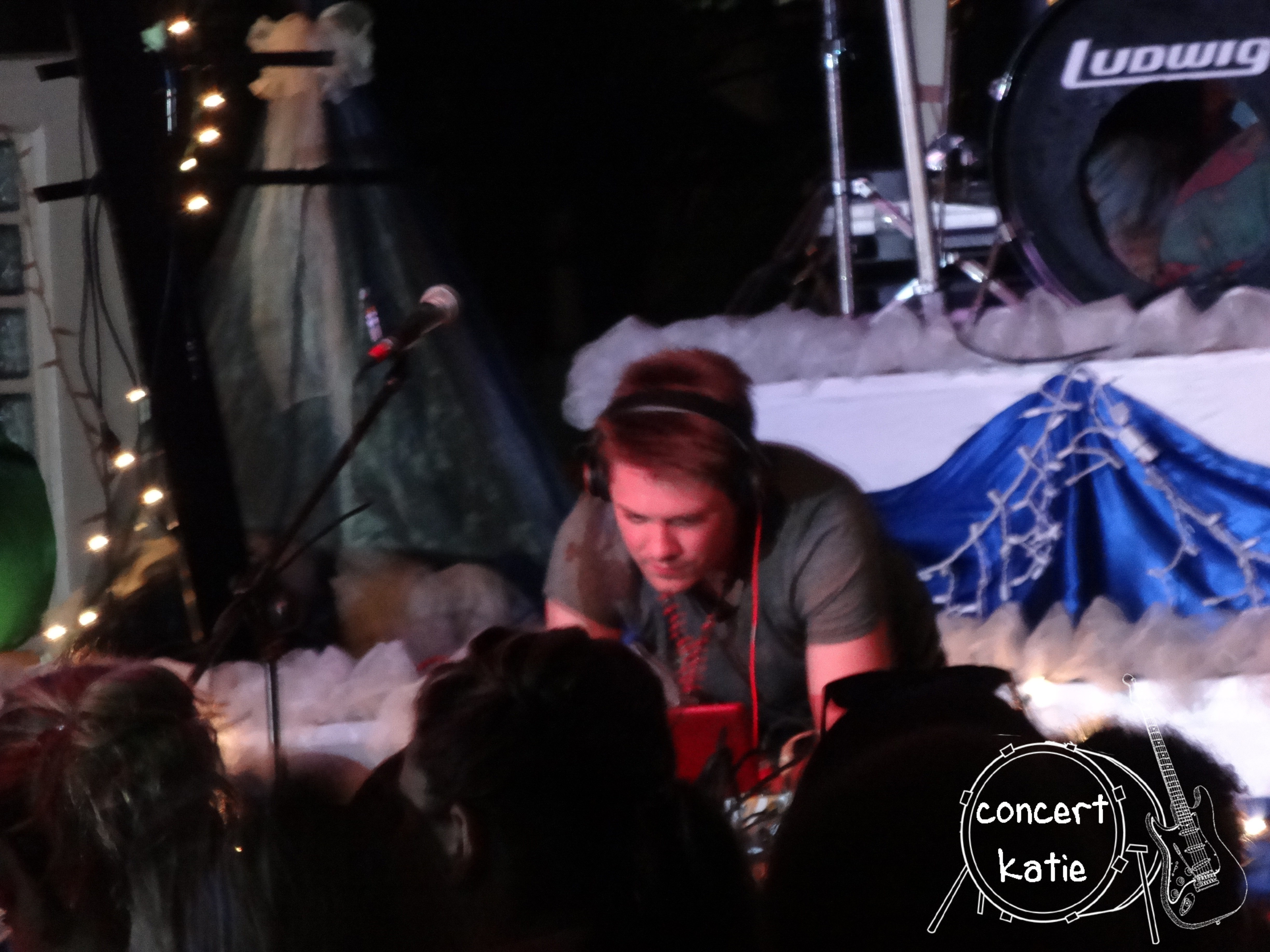 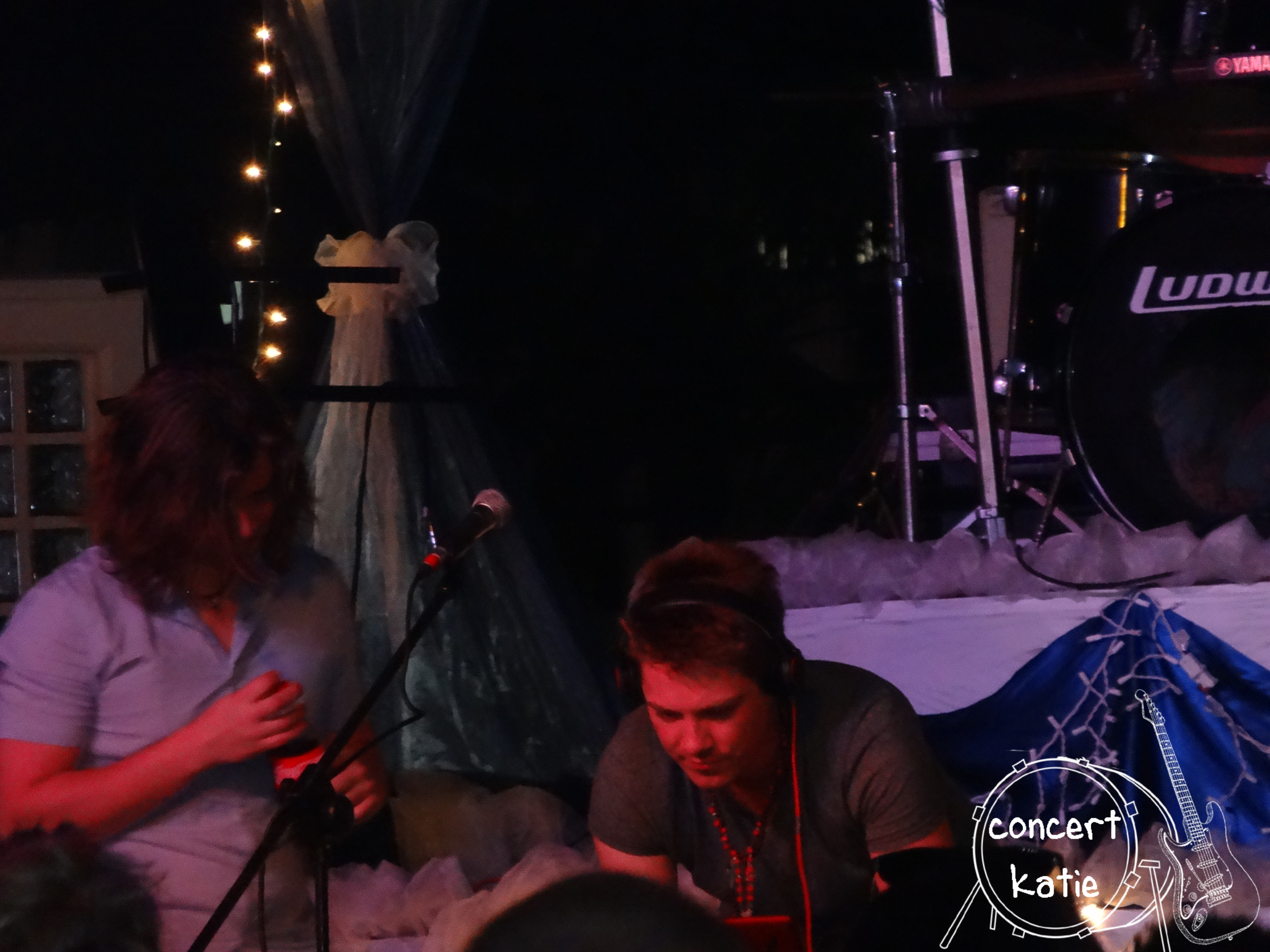 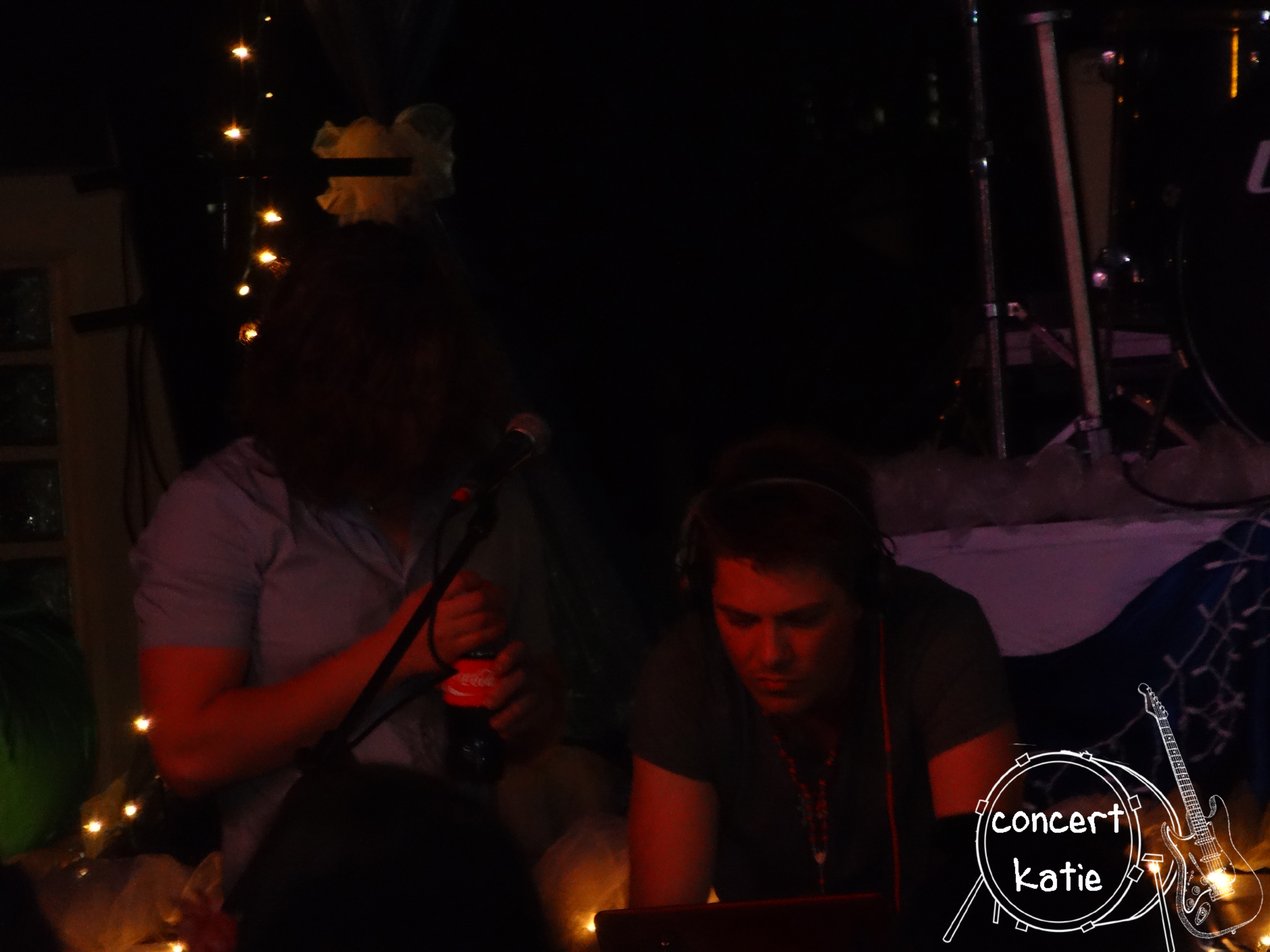 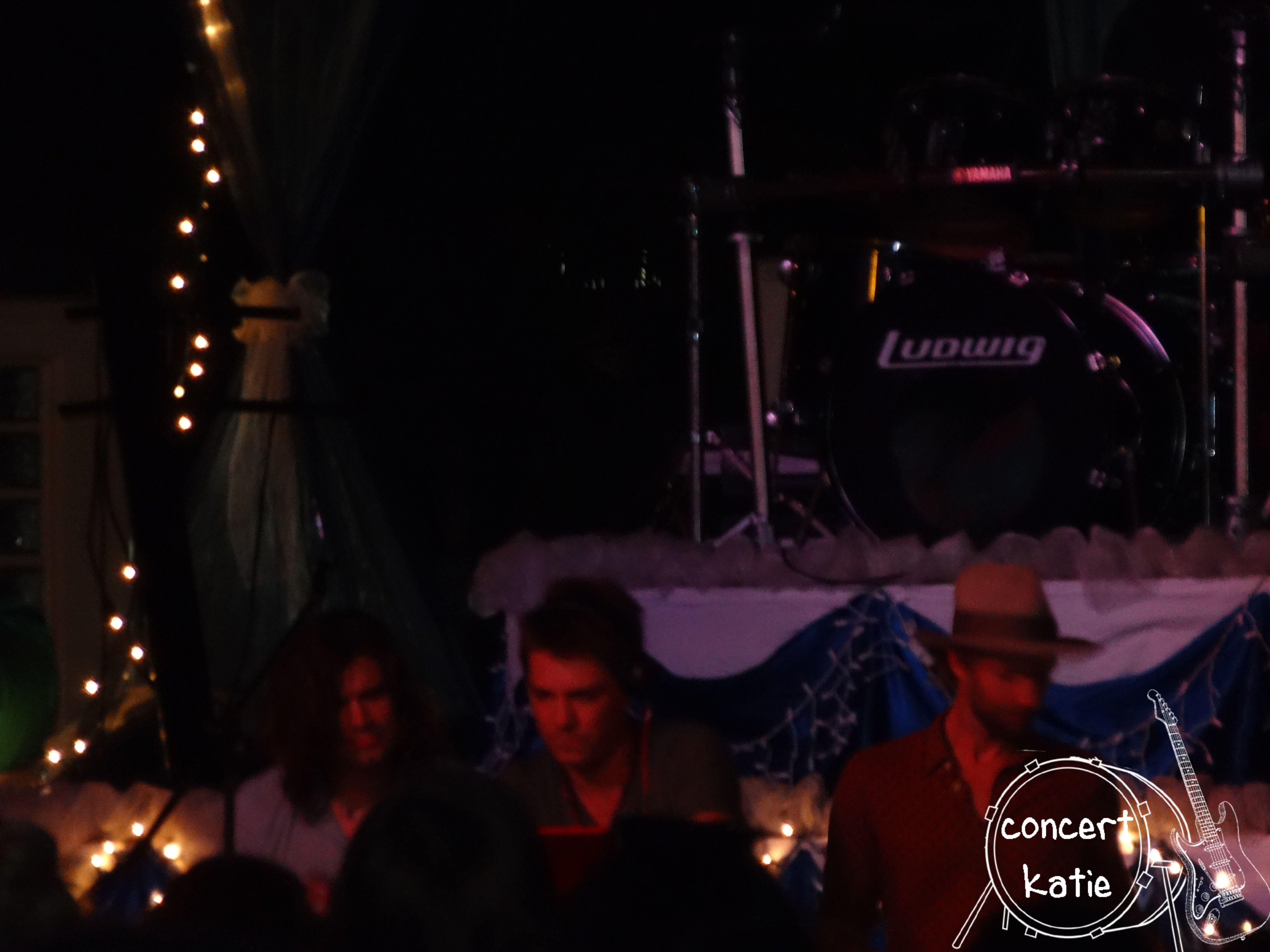 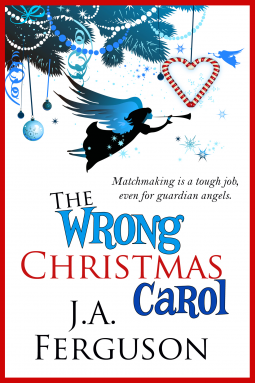 The Wrong Christmas Carol is not your typical romance novel.  I know I’ve been complaining a bit lately about “far fetched” scenarios in books – but this one is probably the farthest out there.  All the way in Heaven! But for some reason I was a bit more ok with this than some of the other scenarios in other books.

Landlord Mr. Shepherd says a prayer in hopes that his tenants, Gabby and Mike, will hook up and eventually have a family.  Except, Jack, the angel in charge of making his prayer come true gets things a little bit backwards and after Gabby finds her car stolen, and then returned, the police are putting a baby in her arms.  A baby whose hospital bracelet says that she is hers!

Gabby decides that she will keep an eye on the baby until child services can find the real parents.  Her neighbor Mike agrees to help her out and since he is a doctor, he has friends who can run a DNA test.  Except that all his work as well as his friends are wiped out and no one can figure out why.  Is it Jack trying to meddle?

Jack is sure to be in BIG TROUBLE if anyone finds out what he did, so he is trying everything he can to make Mike and Gabby keep the baby – and fall in love.  When the DNA test shows that Gabby and Mike are Carol’s biological parents – both are baffled.  They had never slept together! Jack ends up coming to them to explain what happened.

Mike is debating taking a job in Albany – out of state from where they live.  Gabby is upset that he applied to it after he knew about Carol being his.  Can Jack (with the help of Mr. Shepherd) get Gabby and Mike to stay together and raise Carol?

This was a cute book – I always enjoy when angels are in books. Not sure why.  Despite the story being out there, I really enjoyed it and it was a fairly quick afternoon read! I’m just bummed I couldn’t have read it a little bit earlier when I was in the Christmas spirit – since that is when the story begins!

I received a free e-copy of this book from NetGalley in order to write this review.  I was not otherwise compensated.

It should have been a simple Christmas task: answer nice, old Mr. Shepherd’s prayer for his favorite tenants. Gabby D’Angelo and Dr. Mike Archer were perfect for each other—destined to meet eventually, anyhow. Just sprinkle some matchmaking magic on them—slow down their busy lives so they finally noticed each other. That’s all Jack, their guardian angel, had to do . . .

A little mistake in heavenly calculations means Jack has to wing it . . . and the lucky couple is about to get a lesson in love and miracles.

Gabby stared at the beautiful baby the officer placed in her arms. It was a newborn, not more than a few days old. Why was the officer handing her a baby he’d found in her stolen car—he assumed it was hers?

She almost blurted out that question, but the baby shifted and waved its arms as it slept. On one was a hospital bracelet. Gabby smiled with relief. The bracelet would identify the real parents. She turned it to read the information. Her neighbor Mike bent his handsome head beside hers, so he could see, too.

Carol. The baby’s name. She’d been born right after midnight on Christmas night.