January 5, 2014 by ConcertKatie No Comments 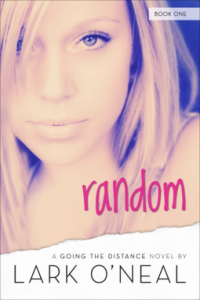 The book starts with Jess, who is a waitress.  A hot guy walks in and the other waitress seats him in her section.  Not too long after, a car comes driving through the restaurant, ruining it and injuring Jess’ friend and co-waitress as well as several of the patrons in the restaurant.  Jess and the good looking guy (Tyler) start to see if they can help people and see that the other waitress is badly injured. 911 is called and Tyler says that there might be an opening at another restaurant and he’ll put in a good word for Jess, who has no idea what she is going to do now that she is out of a job.

Tyler works at the other restaurant they seem to like Jess, but don’t know when they’ll have an opening as one of the waitresses is leaving but isn’t sure when.  Meanwhile, Jess thinks Tyler might be in to her, but she is dating Rick who is in a band. He comes over and wants to hook up before the gig but she isn’t really interested.  Rick figures out all the right things to get her in the mood but Jess is realizing maybe she isn’t into him anymore.  She goes to the gig and ends up getting in the middle of a scuffle between the lead singer and Rick after the lead singer makes some crude comments towards Jess.  The band loses all its gigs and Jess breaks up with Rick and leaves.

Except Rick is still in love with her and contacting her CONSTANTLY.  Meanwhile, she’s been hanging out with Tyler a bit more and seems to be falling for him  – but she knows there is more to him than meets the eye.  Tyler and Jess end up dating and there is now an opening at the restaurant for Jess – where Tyler is a cook.  The day before she starts they have a bit of a fight but keep it professional.  Tyler explains to Jess about his family and they kiss and make up.

Everything seems to be going fine until Rick shows up at the restaurant and then him and Tyler get into it. When Jess calls 911, Tyler ends up in jail for breaking parole. Something that Jess knew NOTHING about.  She knew there was more to Tyler than he was telling her.

While all this is going on  – Jess decides to try and find her “other dad” on Facebook.  He lives in New Zealand and her mom took her and left when she was 6 or 7 and was married to her step dad Henry by the time she was 8.  While she does love Henry she can’t help but want to know more about her other dad.  They end up skyping and he offers to fly her to New Zealand to visit.

This is a new series – so the book ends with her going to New Zealand and saying goodbye to Tyler.

This was a short story (195 pgs) and a quick read that I was very much so interested in and didn’t want to put down.  I am looking forward to more books in the future!  There are definitely more secrets going on with Tyler, I just know it… and there is also some big secret that Jess’ Dads are keeping from her as well. I can’t wait to find out what!

19-year-old Jess Donovan knows better than most that life is random. Her mom is dead, and she’s on her own, patching together a living as a waitress when a car crashes through the restaurant where she works. In two seconds, she loses her job, watches her best friend hauled away in an ambulance…and meets Tyler Smith, one of the hottest, most fascinating—and mysterious guys she’s ever met.

Both for the good and the bad…

Within days, Jess is swept up into the mesmerizing force that is Tyler. Their every touch sizzles, every kiss dissolves them both, and the sex is…fierce. But there’s more to Tyler than his hypnotic eyes. He’s adrift, too, and his body—and his soul—are covered with scars. How can she find herself with a guy who is lost himself?

Until you take charge….

Jess is determined to find her way, and make a life that is better than the one she was given. But how?