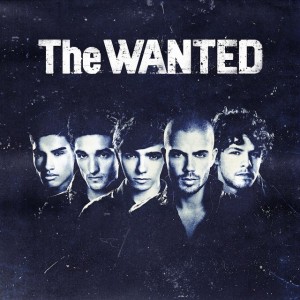 The Wanted is another British Boyband taking America by storm (though fortunately their tickets are not quite as difficult to get as One Direction’s).  In April, they released a 7 song EP in America.

Chasing The Sun – the band’s latest single and Satellite are both new tracks that have not appeared on any other album.  The other songs are a compilation of songs from their studio albums The Wanted and Battleground.

I don’t have the special edition – so I can’t comment on the extra 3 tracks (yet, I’m seeing them in headlining concert this week so I’ll need to be prepared to sing along and write a setlist!)

I have to say I think that my favorite songs from the EP are Chasing the Sun and All Time Low.  I love Glad You Came as well – but it’s getting to the point where it has been a bit played out.  I think I am going to have to see about importing their other albums as well. (It has been a LONG time since I have bought an import album, I don’t even know how to go about it anymore!)

Anyway… of the British Boybands I have to say that right now One Direction is my favorite – but I do love them both. I am such a sucker for boybands 🙂