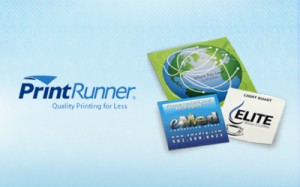 I’ve been contacted by the awesome people at Print Runner again and will be doing another giveaway with them!  This will be a quick giveaway so be sure to enter early and often!

A bit about printrunner… PrintRunner.com was established with little more than a small press and a dream. Ten years later our company became one of the foremost quality printers in Southern California. Our commitment to provide the best value and high quality full color printing at affordable price made our company grow. PrintRunner is a full service high quality printing company located in Chatsworth, California.

And here’s the details on the prize: STICKERS!

*Giveaway is open to US Residents only, ages 18 years old and above.

Thank you to PrintRunner for providing us this giveaway, I will receive a set of stickers for hosting this. Only entrust your custom stickers to tried-and-tested online printing companies like Printrunner.

Winners can win only ONCE over a tw0-month period.  If you have won a contest with PrintRunner in the past 2 months, please do not enter so that everyone can have a fair chance of trying out these products.

The Twitter Diaries: 2 Cities, 1 Friendship, 140 Characters is a book by Georgie Thompson and Imogen Lloyd Webber that follows a year im the life of Tuesday and Stella.  The twist of this is that almost the entire book is told through a series of twitter direct messages (DMs)!  The epilogue and prologue are the only portions of this book written like a “normal” book.

It was quite an interesting approach at telling a story and I think that it told the story quite well.  (And made me say “Why didn’t I think of that!?” a few times.) I didn’t feel like I was missing out on any aspect of the story due to how the story was being told, it seemed more like I was “creeping” on someone’s private conversation. (Which I guess in a way I was, but they are fictional characters so I don’t feel too bad about it!)

The only “down side” to the book was that the list of players in the book was at the end.  Easy to flip back and forth to see who is who if you have the print copy in your hand, not so easy to do with an e-book.  Though you do tend to figure out who is who from context clues as well. (While it was mentioned in the table of contents, it didn’t dawn on me at the time what the section titled “Characters” actually was.)

You can follow Georgie and Imogen (the authors) on twitter @OfficiallyGT and @ILloydWebber and you can also follow the main characters of the story, Stella and Tuesday at their twitter handles: @StellaCabill and @TuesdayFields.

The Twitter Diaries was released May 21, 2012 and should be available at all your favorite book buying hot spots!

The Twitter Diaries tells the story of pen pals for the 21st century. Two parallel lives separated by an ocean but united over a social network.

Tuesday (@Tuesday Fields), a sports reporter and Stella (@StellaCavill), a men’s shoe designer, are Brit 30-somethings who are introduced in NYC on NYE by a mutual friend, a notorious transatlantic TV presenter. They strike up an instant bond.

Over the next 365 days,  and  put the world to rights, one tweet at a time. From Melbourne to Monaco to Magaluf, the girls flirt and fall out with sportsmen, movie stars… and TV presenters. And then there’s their mothers…

December 31st of the same year and  and  meet again, for the first time since the last time. A lot can happen in a year. It turns out just 140 characters can change everything.

The Twitter Diaries is an instantly recognisable yet fictitious tale all generations can relate to, whether they are one of the world’s 140 million and counting transfixed Twitter users or not. Accessible, funny and heart-warming, it’s this summer’s must read.