March 22, 2011 by ConcertKatie No Comments
Winners for the Amazon.com $10 Gift Card giveaway have been chosen and their comments have been verified.  They will be contacted by me shortly to claim their prize and will have 48 hours to respond to the email before an alternate winner will be chosen. Thanks to all who entered! 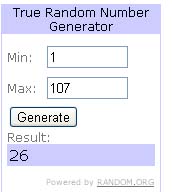 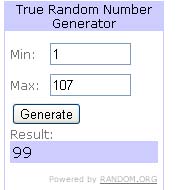 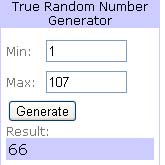 Spotlight on Seattle: How One Woman is Changing Business as Usual

by Ed S. who has written at length about various subjects including online accounting degrees, Christian counseling degrees, music and more.

Hip-hop is neither a music nor a culture that is particularly open to women. A general lack of female musicians of a note and a boys’ club attitude makes the scene a mostly male affair. Concert promotion is also a male-dominated game, a tough and often ruthless business where the weak are taken advantage of, quickly eliminated — and financially broke. For those seeking to start their own businesses but stay in the black, you can find out about these government grants.
One woman is standing tough with the boys and has become the go-to gal for booking hip-hop shows of all sizes in Seattle. Melissa Darby, better known as the ubiquitous Meli, is a true power-player in the hip-hop scene, one interested more in furthering the culture and providing fans of all ages chances to see their acts than simply making a quick buck. As head of Reign City, formerly the recently-revamped Obese Productions, Meli produces a substantial portions of all the hip-hop shows that come through the city, now a major stop on most tours. In addition she is the talent buyer for the Nectar Lounge, a Fremont venue that has quickly established itself as one of the city’s premier clubs, in large part due to the both nationally-touring and locally-recognized acts Meli brings in.
Darby’s career began out of a love for music as an underage fan. She was involved with the Old Fire House, an underage Redmond venue famous for breaking some of the Northwest’s most notable talent including Modest Mouse and Elliot Smith. In Seattle, underage shows were few and far between because of the 90s’ Teen Dance Ordinance, which greatly restricted the availability of all ages shows. Meli and other like-minded individuals found the Ordinance unfairly targeted hip-hop shows, great stifling the growth of the burgeoning culture.
She and other hip-hop fans who would soon be major players in the scene, including power-player Marc Matsui and both members of highly-touted local act Blue Scholars, formed the Student Hip-hop Organization of Washington (SHOW) to make live hip-hop possible for the under-21 crowd. Over 5 years SHOW put on many successful underground hip-hop shows, every single one of them all-ages.
From there as the group disband to pursue their own respective interests, Darby started Obese Productions, whose signature logo could be found on the promotional flyers for almost all the big shows occurring in Seattle until very recently. Booking gigs for nationally-touring acts gave Obese the opportunity to showcase local acts as openers, helping to foster the burgeoning local scene that has seen significant notice from local mainstream media. Obese did all the shows, big and small, with Meli occasionally booking shows she knew would lose money — just to give artists she thought deserved the spotlight a shot at growing their music.
That’s really Darby’s mission right there — to help artists grow and reach new fans, by teaching them how to promote themselves and be well-rounded entrepreneurs, as well as make great music. A local gal who rides hard for the 206 hip-hop scene, she is keeping the promotion aspect of the scene in good hands, ones that, as the popular mantra goes, “bumps local.”
Darby’s story and values are ones that should inspire businesswoman in all walks of business. In a male-dominated scene and business, she is the top dog, out of hard work, unmatched hustle, and having her heart in the right place. By trying to do right by a scene and a culture that is quick to point out artifice and greed, she has risen to the top by unquestionably being authentic and having goals to help further the entire culture and not just her own financial success. That alone can get someone much, much further than any gender restrictions in place.