January 26, 2015 by ConcertKatie No Comments 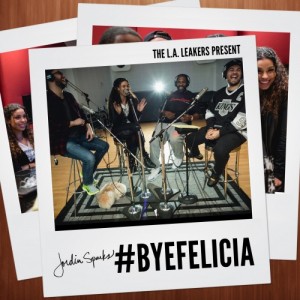 Bye Felecia is the Mixtape the Jordin Sparks released.  He new album should be out sometime in 2015 and is up for pre-order at JordinSparks.com   The album will include the songs from the mixtape as well as some more songs as well.

These songs are a bit of a different side of Jordin than I am used to – but I love them.  Of course the track “How Bout Now” has gotten a lot of press because it is about her ex Jason DeRulo.  At the end of each track she also talks a bit about the next track and why she wrote it and stuff like that, and I always like that bit of “insider” information about songs. Great to hear it directly from Jordin’s mouth!