Book Review: Song of the Sound 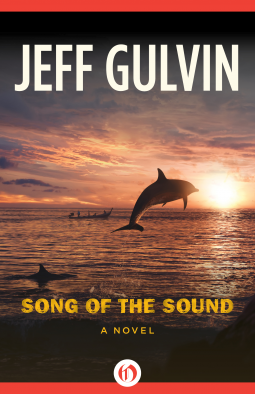 Song of the Sound tells the story of Libby and Bree – a mother and daughter, who end up moving from France to New Zealand.  Libby is an expert on dolphin communication and so because of her job the two travel a lot.  Bree is about to be thirteen and Libby is a single mom.  One of the other major players in the story is John-Cody Gibbs. John-Cody is living in New Zealand and having trouble letting go and properly grieving the death of his wife, Mahina.

The book is a bit on the long side, almost 400 pages and I felt like it dragged the story on a bit in parts, there were several flashbacks and while I guess they helped round out the story, I could have done without them.  A couple of times I was just reading along and was just waiting for romance (Libby and John-Cody HAVE to both like each other – why is neither acting on it?!) or some action.  I am happy to report that I got both of my wishes by the end of the book, but I won’t expand upon it too much more.

Overall, I enjoyed the story and I absolutely of course loved that it had some dolphins in the mix, I just wished it was a bit shorter because I felt like it took me forever to read.  (Which in my world is about 4 different reading sessions .)  There were a couple of times when I thought I would put the book down and never pick it up again – but I am very happy that I stuck it out and didn’t listen with my gut, so to speak.

Libby Bass works as an expert in whale and dolphin communication in the coastal waters surrounding the Milford Sound in New Zealand, known to be one of the most beautiful places in the world. It’s the ideal situation for Libby: She can practice what she loves while her daughter grows up in one of the lushest locations imaginable.

When Libby meets the haunted and handsome John-Cody Gibbs, she’s taken aback by his inherent understanding of the natural world. But despite his picturesque surroundings, John-Cody is trapped by his depression over the death of his wife, Mahina. As he and Libby grow closer, a long-buried secret from John-Cody’s past resurfaces and threatens to tear them apart forever.