January 17, 2014 by ConcertKatie No Comments 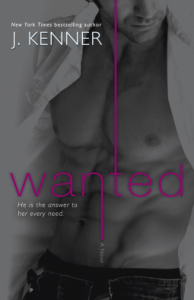 When we first meet Angie, we are at a party celebrating her uncle’s life after he passed away.  Angie’s boyfriend, the FBI Agent is there, but he isn’t who she wants.  It just makes sense for a senators daughter to date an FBI Agent.  Who she really wants is Evan Black.  Even though her Uncle had told her time and time again that she shouldn’t even think about getting involved with him.  But her Uncle is gone now and there is nothing that can stop her.  She thinks that Evan might be in to her too, but is holding back because he made a promise to her Uncle.

Everyone leaves and Angie’s boyfriend is taking her back to his house.  But she tells him she wants to go back home and stay in her room.  He puts her in a car and Angie decides that she wants to go out and have fun instead, she is looking for a rush of excitement that her boyfriend Kevin just can’t get her.  When she’s approached by a guy at the club she stops at, she ends up rescued by Evan.  They end up getting a bit hot and heavy in the alley and then he brings her home – after protecting her from the creep and his pal.

He spends the night and comforts her but in the morning tells her that it shouldn’t have happened.  Angie thought that finally Evan was going to be with her but then things aren’t so certain.

That covers about half the book – but I don’t want to give away the rest of it.  There was an interesting story line going in this book in addition to the romance which I really liked.  Evan and his 2 friends – called the Knights by Angie’s uncle, may have been up to something that was not so wonderful that Kevin kept telling Angie about to stay out of it.  But she ends up involved with it and that whole sub plot was really interesting and a lot of fun to see how it all panned out.

Evan Black embodies my every fantasy. He is brilliant, fierce, and devastatingly handsome. But he is also headstrong, dangerous, and burdened with secrets.

And from the moment we touch—the passion between us consuming us both—I know that I will never be the same.