Saturday night my friend Shea and I made the trek down to PA to see The Wanted.  Shea and I have known each other since we were 6 and she calls me her “oldest friend”, but the last time we went to a concert together was LFO when we were in high school!  She recently decided she liked The Wanted after watching their show on E! and I obviously love all boybands so we figured it would be a fun trip and I’d also get to case the place out for when I go see Hanson there next week.

When we arrived, we had no idea where to park and ended up going in through the casino and then walking through to the event center where the line was INSANE.  We talked to the box office about ADA seating and got that all squared away and the woman at the box office recommended we grab a bite to eat rather than standing in the huge line since our seats would be saved.  So we headed to the food court and grabbed a bite to eat and by the time we got back the line was much, much smaller.

There was a DJ on for a while playing the same old crap.  Then he said he had 5 more minutes left so we got super excited that The Wanted would be out next – but they ended up coming out like half an hour after that!  Their set was a bit different than when I had seen them last year (actually, exactly a year ago!) due to the new singles they’ve released and all that – but they still have so, so much fun on stage that you can’t help but feed off their energy and then they must feed off the crowd too and it’s just so fun!!

We sang at the top of our lungs and probably made the whole rest of our section annoyed, but we had such a blast!  Shea had said that since I meet everyone, I had to take her to meet The Wanted and I had warned her that I’d do what I could but I’m not a magician.  We grabbed a spot at the barricade near the buses and I told her that this would be our best shot.  She thought I was nuts at first and a couple times we made a “if they don’t come out we will leave at this time” pact – that we didn’t stick to.

All 5 guys ended up coming out and we ended up getting photos with all 5 of them and chatting with them for a bit.  Getting pics was kind of a pain with such tight quarters – which meant the flash was too close to my face and I blinked in a couple of photos… but whatever. (And my pic with Jay came out great and we were hoping for pics with just ONE of them so the fact that we got all 5 was just ridiculously amazing)

We left about midnight and went back around to get the car and then Shea said she’d pull around to see how we can get to that lot so we can park closer next week for Hanson and Siva and Nathan were STILL out there signing, trying to make sure that everyone who waited got something.  They were so gracious and sweet and Shea was asking if I thought it was an act or not but I truly think they are just so happy that people come out to see them and that they get to tour everywhere!!

We drove back home after and got home about 2:30am but it was beyond worth it! 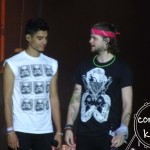 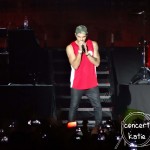 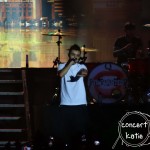 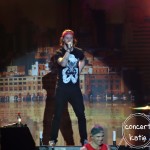 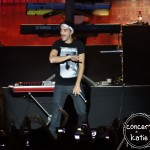 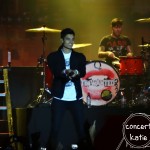 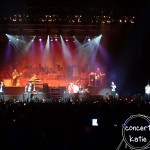 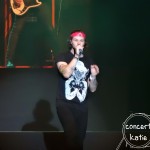 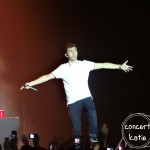 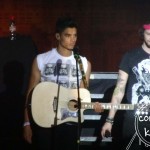 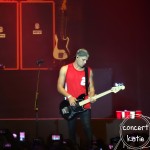 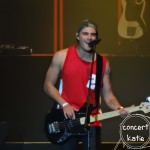 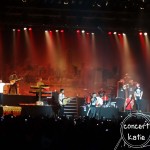 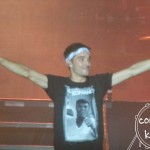 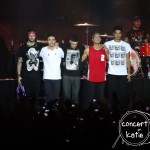