I didn’t think that I would be seeing the Idol tour this year – and was a bit disappointed in myself that I hadn’t won any tickets.  I had debated going to the Mohegan Sun show because tickets were cheap but ultimately decided against it.  Earlier in the week the Webster Bank Arena had tweeted that Star 99.9 was doing a twitter giveaway for tickets.  I was too late for the first giveaway of the day, but of course won the second!  When I picked up the tickets I looked at the seating chart backwards and thought that the seats were in the back – which was fine because I would be there and for free and that was what mattered.  Turns out I was looking at the seating chart backwards and they were actually the section right by the stage (where I try to buy my tickets) and about 8 rows up.  Not bad at all!

The show was supposed to start at 7:30, but things got kicked off a little late.  The show opened with the girls singing Little Mix’s “Wings”, it started out just 4 of them but then Kree and Candice joined them.  It was nice to see Kree and Candice out before the intermission – I always hate when they hide them until the end!

Aubrey was up next – for those of you who don’t remember her she was the one that got voted on the tour with the sing off.  She did “Sweet Dreams” and had some of the girls on background vocals. (They have long since done away with backup singers and just use the other Idols now.)  I feel like Aubrey was on stage the most out of everyone. She always seemed to be there in the background.

Then 3 of the boys came out and did Justin Timberlak’s Suit and Tie – Curtis, Burnell and Devin.  Paul came out and did Carrie Underwoods Blown Away and then did Summer Nights and was joined by Janelle and Kree. (The country crew)

Curtis did When I was Your Man but was way on the other side of the stage for the whole song which stunk. (As did the lighting to get any pics of it) Amber had center stage next and did We Found Love and The Way.

Then, half an hour into the show, FINALLY, Lazaro made an appearance. (I was kind of surprised and did check my watch!) They all did Locked Out Of Heaven.  Then Devin came from and center and talked a little bit about how all the others thought his speech was boring so he switched it up.  He also mentioned he hadn’t been to Connecticut before and we were crazy.  Except for the fact that they had a show in CT just last week 😉  He did his English/Spanish song about things being Impossible.

Then the non-top 2 girls came out and did Blurred Lines.   I was kind of surprised it was the girls who sang this, but it was fun. (Although “everybody get up” didn’t go over well. In fact, no one really got up at all except to give Candice a standing O after her set.)

Burnell came out and was on my side of the stage (to balance out Curtis earlier I guess) and did Everybody Knows.

Then for the final song of Act 1 they did We Are Young / Live While We’re Young mashup.

After a brief intermission it was time for Angie who did a set of Mamma Knows Best, and 2 original songs You Set Me Free and Put It On Me.

Janelle did her country songs – Better Dig Two and Where The Blacktop Ends.

Then it was time for Lazaro! Hooray! He did Feeling Good and The Edge of Glory and a couple times shouted out “How you doing Bridgeport!” (Or something similar) and an “I can’t hear you!”

Kree was up next and did Up To The Mountain, Hold on and then her single All Cried Out.

Then our latest Idol, Candice, took the stage and did End of Time, I Am Beautiful (her coronation song, which I love the message of) and her new single The Middle which was very catchy! And then Lovesong.

Then it was time for the last mashup of the night – which started with NSYNC’s Gone. And I didn’t even recognize it.  While I am obviously desperately in need of an NSYNC reunion – there was just no excuse for that.  They went in to Kelly’s Since U Been Gone (ugh. So sick of this song from years back) and then When I’m Gone – aka the Cups song which Aubrey and Angie played the cups for… and then of course – my favorite (if you can’t tell, major sarcasm) Gone, Gone, Gone from Phillip Phillips.

I thought in years past then they each had come out to take a bow, but the lights went back on and that was that!

Overall, a fun show and if you have the chance to check it out – do it.  Especially if you can get free or super cheap tix on Stub Hub the day of 😉 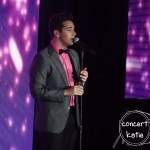 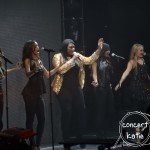 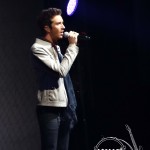 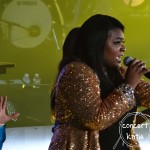 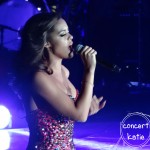 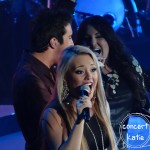 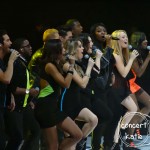 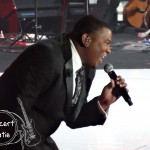 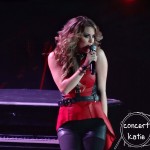 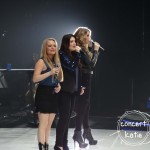 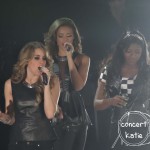 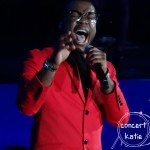 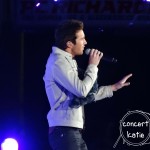 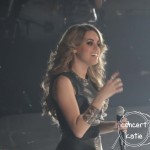 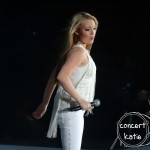