December 24, 2012 by ConcertKatie No Comments 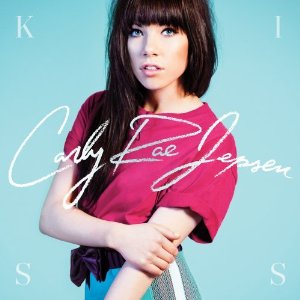 
Carly Rae Jepsen’s “Kiss” was recently released.  I think it is safe to say that I am incredibly sick of and “over” Call Me Maybe and Good Time.  Both have been over played like crazy over the summer and I think I’ll be ok if I never hear either song again.  (Remember when I went to 5 shows in a row that had someone singing Call Me Maybe? 2 of the 5 were Carly Rae herself, but still!!)

I won’t say that Kiss is some sort of earth shattering musical masterpiece, but if you take it for what it is – a guilty pleasure pop record – it is fantastic.  Pretty much all the songs have a great beat to them which would make them great for dancing (or easily remixed for the club) and the songs are all pretty catchy.

I had mentioned that from seeing Carly Rae live that Guitar String / Wedding Ring was my favorite from her set – and I think that it is my favorite on the album as well. (Let’s just hope it doesn’t get released as a single though because then I will for sure become too over exposed to it and grow to hate it)

There’s been some crticism with Beautiful (her duet with Bieber) being a bit too much like One Direction’s “What Makes You Beautiful” due to the lyrics “What makes you so beautiful is you don’t know how beautiful you are”.  Honestly though, there have been SO many songs released lately about letting girls know how beautiful they really are and all that, that I don’t think it was a purposeful at all, and just a coincidence. (Selena Gomez’s Who Says and Tyler Hilton’s Prince of Nothing Charming come to mind)