December 22, 2012 by ConcertKatie No Comments

The Voice started out with a heart breaking version of Hallelujiah where all the coaches and contestants sang holding one of the victims names from the Newtown shooting.  I don’t think it really hit just how many 27 is, until we saw them all standing there with the names.

Nicholas – Great Balls of Fire  / Let Me Stand Next To Your FIre – Great way to kick off the show! Great to see him play the piano for a little bit and then get up and dance and command the stage.  Love him.

Cassadee – Over You – Cassadee with a repeat of Miranda’s Over You.  She’s ok but has yet to grow on me.  Unfortunately, her large fan base she had before the show disagrees with me and she just may win the thing. (let’s hope not)

Terry & Blake – Dude Looks Like a Lady – I didn’t even recognize that Adam was the “familiar face on the guitar” for a little bit when he first came out! Fortunately I recognized some of the tattoos!  That was a lot of fun!

Nicholas – Lean On Me – My mom prefers this Nicholas to his first song.

Terry – Broken Wings – Seemed like there were problems in the beginning of the song, but he powered through it like a champ.

Terry – I Want To Know What Love Is – I didnt like it this time as much as I did the first time he sang it.  Blake thinks the opposite. LOL

Nicholas & CeeLo – Play That Funky Music – This is perfect.  Wait I spoke too soon! Little Cee Lo!!! More than perfect.

Honestly as long as Cassadee doesn’t win, I’ll call it a win.  Though I’d prefer Nicholas over Terry.

There seems to be some backlash among Cassadee fans and those of us who don’t think she should win just because she has a fan base.  Well, I don’t think she shouldn’t win SIMPLY because she already has a fan base.  I don’t think she should win because in my opinion, the other 2 have a better voice.  The other 2 contestants I am more likely to listen to after the show ends than her.  It is unfortunate that it is not an even playing field for Terry and Nicholas.  I do hope I am wrong and she doesn’t win… but based on tweets and likes on statuses and the like… her numbers are leaps and bounds ahead of the other two.

(ps maybe im biased but did Cassadee sing with WAY more people than Terry or Nicholas? I wish I kept track to go back and figure it out without just relying on my memory…)

Now we know Blake repeats his win, regardless of who wins.

Book Review: Far From Over 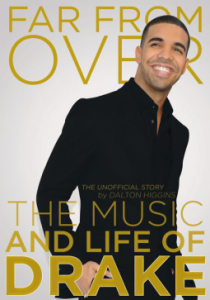 I’ll be honest. I only decided to check out this book to see if they mentioned the riots at the South Street Seaport show that Drake was supposed to do with Hanson.  They did.  (I was there) I did read the whole book and it was a lot more interesting  than I was expecting.

Obviously being a fan of Degrassi I knew that Drake got his start playing Jimmy on the show and that Jimmy was also an aspiring rapper. What I didn’t know was that Drake didn’t want the character to rap because he didn’t want his side project to collide with the character, but the creators convinced him to do it.

It seems that Drake is big and bad now, but I didn’t realize all the struggles and drama he had to go through to get to where he is.  There are also chapters about how he gives back – something that is missing in the headlines for most rappers.

There is also a lot of talk about social media and how MySpace helped Drake form a fan base in the beginning and also how twitter is a blessing and a curse – he can  get information out to a lot of people at once simply by sending a tweet – but he can get some backlash as well just as quickly.

This is definitely an interesting read if you are at all familiar with Drake or want to know more about him. It is very well written and contains a ton of information (and yes, even a mention of Hanson.)

I received a free e-copy of this book from the publisher through netgalley in order to write this review.  I was not otherwise compensated.

At a time when album sales were plummeting, Drake’s 2010 debut album, Thank Me Later, went platinum, hit number one on the Billboard 200 chart, and spawned numerous Top 10 hits including “Over,” “Best I Ever Had,” and “Find Your Love.” His sophomore release, Take Care, also debuted at number one on the Billboard 200 chart, went platinum, and has been downloaded at a record pace.

In Far From Over, award-winning writer and hip hop expert Dalton Higgins examines the life of Aubrey Drake Graham, whose path to superstardom has been anything but typical. Raised in Toronto’s upscale Forest Hill neighbourhood by his Jewish mother, the multi-talented entertainer first made a name for himself as an actor on the popular teen dramaDegrassi: The Next Generation before becoming one of the world’s most successful rappers. Featuring original interviews, Far From Over reveals the life story of a musician and actor whose star will only continue to rise.