Some updates on my favorites!

I didn’t want to spam you all with multiple posts so I figured I’d consolidate it here in a one stop shop post.  Some updates on some of my fave bands…

Honor Society have put up a free download of their new single “Serendipity” which you can download by heading over to their Facebook page https://www.facebook.com/honorsociety and clicking the “FREE SINGLE” icon.  They’ve also announced that their new album, also called Serendipity will be released on September 18th.  They are doing a CD release party September 19th in LA and I hope that NYC release party details will be coming soon 🙂

Action Item‘s new single “Last Day of Summer” had its music video premiered through MTV’s Buzzworthy blog today.  Feel free to check it out here: http://buzzworthy.mtv.com/2012/08/30/action-item-last-day-of-summer-video/ and if you really like it – buy it on iTunes!  They are heading out on the road this fall as support for Owl City.

One Direction has announced their new album will be out on November 13th and it is called “Take Me Home”.  I absolutely LOVE the album art! 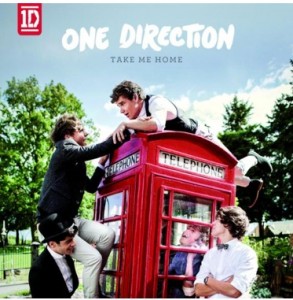