I actually have 2 stories to share that fall under that title.

1. I have removed Networked Blogs from my posts on Facebook.  I don’t know if you have noticed, but in the past few weeks Facebook decided to change things. Basically, any sort of app that posts your twitter feed, blog posts or anything else to your feed that does not require you to actually log in to their site and look around is getting “grouped”  Therefore, many posts are being buried in this group and won’t be seen.

As of right now, the only solution is to remove the app from your account and manually post your updates to your feed.  This is fine, except that sometimes (ok like 90% of the time) I schedule things and I am not always at the computer to post to my facebook feed.  So I am now manually posting all my updates, but they might be on a bit of a delay.  However – this will ensure that my “likes” actually see it in their feed.  If I don’t do this – well they might never see the posts because it will show up in a  “see 500 more posts from NetworkedBlogs” link.  It is a couple minutes extra work – but if it will ensure people see things and check out my blog, it is worth it.

This is a real-life capture from my twitter feed.  I assume that ToBeThode has the most recent post from NetworkedBlogs (although I am not entirely sure how they choose which post to ‘showcase’) and then I have 326 other updates grouped and hidden from my feed.

Thanks to Simply Stacie and Still Blonde After All These Years for posting about this!

2. You may remember one of my 2010 goals was to work on my 8×8 scrapbook of photos of me w/ celebs. Except that I didn’t touch it all year… Well, over the past couple of days I got out all my alphabet and letter thickers and went through all the photos I had printed and added the names and dates to them. Once I got “caught up” I cross referenced all the pages that I had done with the photos I knew I had with celebs.  A handful were missing so I ordered prints from Snapfish (and then I met Stealing Angels and had another photo to add to the book!) and once those arrive everything will be up-to-date.  Better late on the goal accomplishment than never… and my next job will be to get all the pages into album(s)! I am trying to figure out which years to include before the album will become too huge.  I’ll post photos of some of the pages in the future 🙂

I often get asked for my custom Silhouette files or how I make my custom shapes.  I decided I would put together a tutorial so that those of you with a Silhouette can make your own custom shapes too!  I recently updated my Silhouette software so this is with Silhouette Studio Release 1.5.0 and Inkscape 0.45. (Inkscape can be downloaded at http://inkscape.org/ for free)

Under the cut will be screen caps to go along with most of the instructions.  Some steps I wasn’t quick enough to capture and some I was unable to capture because once I hit the Prt Scr button the way I had the screen set up changed!  I think it should be enough for you to be able to follow along though 🙂 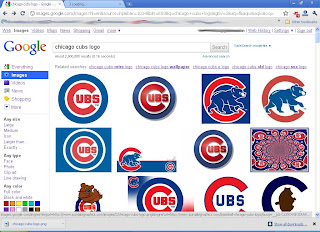 1. Choose your image. This can be something you scanned in to the computer, something you found on google, etc.  For this example I chose the Chicago Cubs logo as it is a fairly straight forward image which I got from a Google Image search. 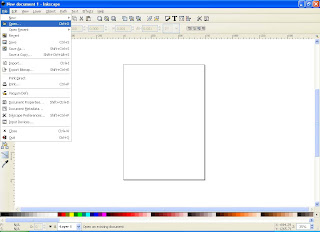 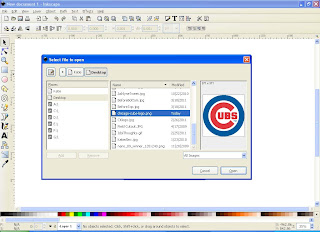 3. Open the image (File > Open) Under Places select where on your computer the image is saved (I tend to work off the desktop) then under Name find the name of the file. Hit the Open button on the bottom right once you’ve selected the image you want to work with. 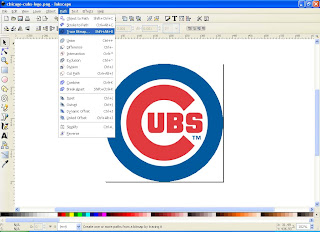 4. Click on the image (make sure it has arrows and a dotted line around it (not shown in the photo), that’s how you know it has been selected)  Go to Path > Trace Bitmap 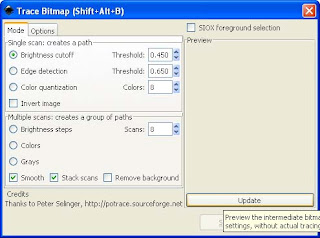 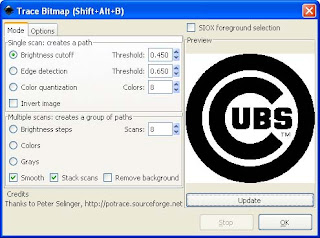 5. If the image does not show up in the box on the right, click “Update”  Depending on the image, I usually toggle through Brightness Cutoff, Edge Detection & Color quantization  hitting “update” each time to see which looks best.  For the example I went with Brightness Cutoff 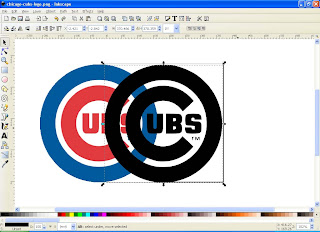 6. Hit ok. (The trace bitmap screen might not go away after this, you may have to manually close it by clicking the X)  When you are back on the main Inkscape screen, you should see a dark version of the image. I like to select it and move it to the side a bit to make sure I have the right image selected. 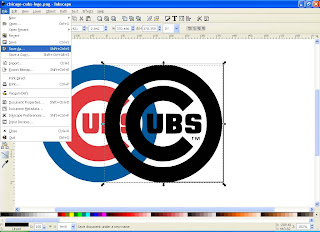 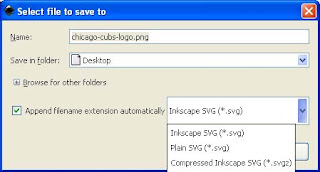 7. Save the file. File > Save As.  In the “Append filename extension automatically” drop down box, select Desktop Cutting Potter (*.DXF) and hit the Save button.  (A python script might pop up.  If it does, let it do it’s thing – it shouldn’t take long). Further files you can convert from word 2 pdf and back.

9. Open Silhouette Studio.  Go to File > Import to My Library.  Change the “Files of Type” dropdown to “All Files” or at the very least DXF Files so that you can see the file you just made.  Select the file and click ok. 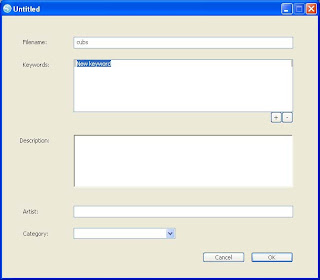 10. If you want to add keywords or a description to you file, you can do it on this screen and then click OK 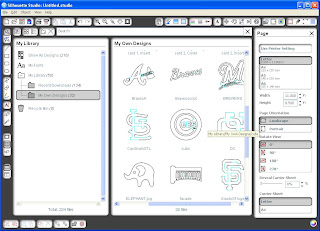 11. If you are not directly brought to your library, you can go to File > My Library. The file your just imported should be in the “My Own Designs” folder.  Double click it to open it in a studio page. 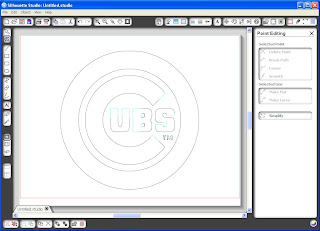 12. Once the design is on the page you can resize it, move it around, un group it, group
it, etc just as you would with any purchased silhouette image!  (Sometimes there are extra lines/layers – this design seems to have 3 layers of lines, so you do sometimes have to do some editing and tweaking with the lines once the file has been imported into silhouette)

For the cub logo, I ungrouped the image and took the outer 2 circles on to a separate page so I could cut them out in blue and left the CUBS lettering so I could cut that out in red.  Since the TM was so tiny, I opted to remove it entirely rather than attempt to cut it.  I also removed the additional layers of lines that were there so that there was only 1 line left for the design. 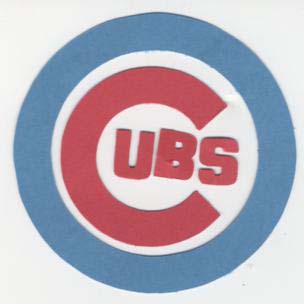 And a scan of the finished product.  (Which will obviously be more centered and straightened out when stuck on a scrapbook page, but my scanner has a tendency of moving things around when I close the lid)