March 9, 2015 by ConcertKatie No Comments 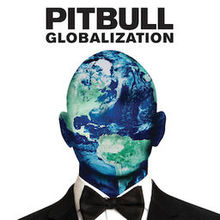 This is the 8th album from Pitbull and was released November 21, 2014.  Pitbull used to be my go-to for listening to in the car on long rides home after shows because it would keep me awake.  Then his past few albums I just wasn’t feeling it anymore so I moved on to other post show song lists.  But I think that Globalization is sounding more like the Pitbull that I really loved – there are several of the songs on this album that sound a lot like I Know You Want Me and Hotel Room Service which are my 2 favorites.  It sounds like Pitbull may be creeping his way back into my post show playlists with this new album 🙂