January 9, 2015 by ConcertKatie No Comments 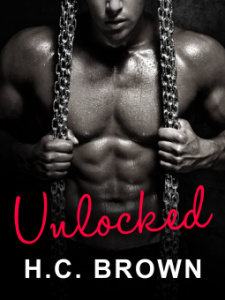 Unlocked is a novel about genetically engineered sex slaves who are modified to heal quickly and be unable to get diseases.  At first they were just supposed to be soldiers but they are now sex-addicted doms.  Doc is selling them to business investors to use for the night (or more) and has a business suit there when a fire breaks out.  A fireman comes in and rescues Chanze and believes that he is the business man instead – who actually was killed in the fire.  Chanze thinks that he is a prisoner, but as luck would have it, Delano, the firefighter who saved him, is also one of the Spcecial Op soldiers who has made it on his own and creates a plan to save not only Chanze, but all the other men who Doc has under his “care”.

Only one problem – they all have chips implanted and they don’t think there is any way to deactivate them without the Doc realizing giving them little time to escape.  Or is there another way?  Meanwhile, the nanos in Chanze and Delano have joined the two of them meaning they will mate for life and if one dies the other will die too.  This could make their plan even more dangerous if not properly executed!

Definitely an interesting approach to a romance novel, but I liked the bit of technology aspect to it.

But after rescuing the irresistibly sexy Chanze, he learns that behind the velvet curtains of the five-star hotel is one of the most exclusive, and immoral, prostitution rings in the country. For the men at the Cloister aren’t merely lovers for hire, but genetically enhanced sex slaves, created to provide the brothel’s rich clientele with the most insatiable doms and delicious subs.

Kept against his will by the doomsday chip implanted in his brain, Chanze sees no chance of escape. Until Delano and his three fellow super-enhanced operatives infiltrate the club for a walk on the wild side.