October 15, 2014 by ConcertKatie No Comments

Our second day in Disney was our first day at EPCOT.  We had 3 fast passes for the day – Soarin’, The Seas with Nemo and Figment.  First thing we rented an ECV and then made our way over to the “Leave a Legacy” to find the NSYNC pictures.  We also got several sets of photos with the PhotoPass photographers and 2 magic shots with Stitch!

EPCOT was typically a park that my parents would do without kids when we went on trips, so there aren’t many rides that I can recall ever being on.  When I was at EPCOT 2 years ago for Hanson shows – we only rode Spaceship Earth (which this trip we were unable to fit in, which was fine!)  So Soarin’ was a ride I had never been on before.  We ended up in the front row and it was really cool. (Though I did get a little motion dizzy in the beginning, fortunately that calmed down relatively quickly)

Then we made a stop in Club Cool where you can flavor Coke products from around the world including Italy, Greece, Thailand, Japan, South Africa, Zimbabwe, Peru and Brazil.  I had actually tried Inca Kola before – and it was one of my favorites of the bunch.  Italy has “The Beverly” which is very bitter and there are videos all over of people making grossed out faces after drinking it.  I guess my Italian roots came in handy as I didn’t make any faces.  I can’t say it is something that I’d want to enjoy regularly, but I was hoping for it to taste a bit nastier than it did!

Next up was the Nemo ride.  It was very cute, Nemo is one of my favorite movies. Unfortunately the whole trip I never did figure out how to get photos on the rides in low light when we were moving so I have a lot of blurry pics of everything! There is a new song at the end of this ride which was pretty cute too.  After the ride we checked out the aquarium tanks around EPCOT and got to see some of the fish being fed. We also found out that they change up the fish in the exhibits a lot, so the ones featured around the tanks aren’t always everything inside the tank.  We were trying to figure out what one of the animals was but a nice cast member told us it was a shrimp fish! (And gave us the tip on the info around the tanks)  After that we got our photos taken outside with the Nemo statues and headed to Figment! 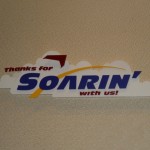 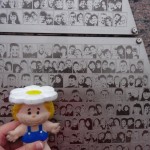 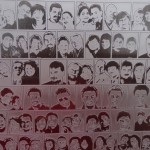 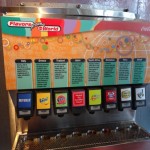 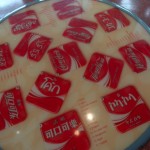 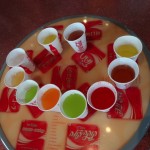 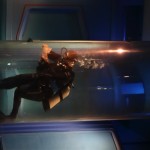 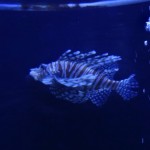 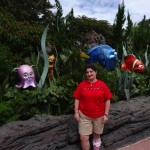 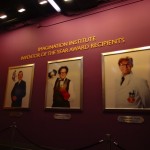 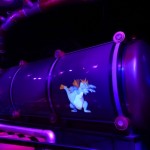 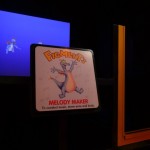 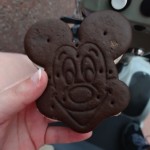 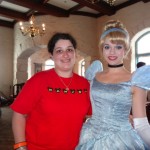 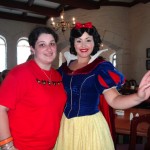 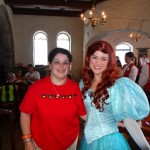 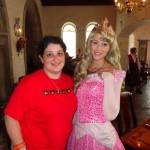 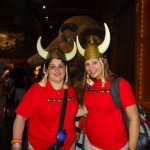 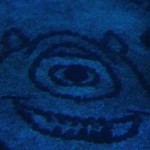 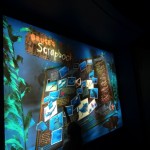 Figment was nothing of what I remembered from when I was a kid – but I guess that it is because it is completely different. (Good to know it is not my memory failing!)  We paid our respects to Robin Williams whose character from Flubber is featured in the ‘Imagination Institute Inventor of the Year Awards Recipients’ photos on the way in to the ride queue.  Afterwards we played around in the area after the ride and made some music.  Then we too a break to enjoy some Mickey ice cream! I opted for the ice cream sandwich and Maribeth got the classic Mickey Head on a stick 🙂

We made a quick stop to the Festival Center to find out about Hanson’s appearance there the next day and then headed to the World Showcase as we had lunch reservations with the princesses!  We first met Belle and got a photo with her and then were greeted while we ate by Cinderella, Snow White, Ariel and Aurora!  I liked that Snow White and Aurora talked to us about Hanson and our shirts.  Cinderella liked that we matched and said she wanted to make outfits for Gus and Jack but they could never decide on the same color! Snow White left our table and told us to “Enjoy your Hanson!” which pretty much made my life. (Snow has been my favorite since I was a kid!)  Ariel just talked to us about Eric because he’s so cute haha and Aurora asked if Hanson was the name of a Prince!  We told her it was the name of THREE Princes and she asked if they had any fairies.  We didn’t think so, so she said she would send her fairies over to help them out.

We spent some time in Norway getting pictures with trolls and then headed to the special Disney Visa cardholder meet and greet where we met Mickey and Goofy.  Mickey really liked our shirts!

After that we headed back up to the World Showcase to get ready for the Hanson shows! I’ll recap those in another post 🙂