October 29, 2014 by ConcertKatie No Comments

Day 2 kicked off with Hanson’s Seminar at the Festival Center.  As soon as we were let in to the park, we rented my ECV and then made our way to the Festival Center.  There were 4 girls there before us but 1 ended up staying behind us to make sure that the scooter didn’t end up trampled (thank you!) and I ended up #4 and Maribeth #5 for the seminar.  We were seated in the front row and waited patiently for Hanson to come out.

At first we were under the impression they would be signing bottles of MMMHops – which was fine – but once we arrived we found out that the bottles were pre-signed (and $7.95) and that we’d be getting PHOTOS with the band too! And not only a photo – a SOLO photo. Jackpot!

The guys chatted for about half an hour or so about the beer and then the first 100 people who had wristbands got a bottle of beer and the chance to meet the guys. (The seminar was also open to standing room only)

After the seminar we made our way to the World Showcase (after having spent most of the previous day in the other side of the park) and headed to America to get wristbands and hang out in the Chase Lounge for a bit.  We got wristbands for the 3rd show that night and made a game plan to ‘Eat Around the World’.  We headed back towards Norway as we had a fastpass for Maelstrom (our first 2 FP+s expired while we were at the seminar – Soarin’ again and Spaceship Earth!) only to find out that it was broken down! (We did make a stop in Poland and China first for some snacks and Germany for photo ops!)    Our Fast Pass turned into one we could use at any ride (except Test Track or Soain) at any time – so we decided to continue our way around the world and hit up Norway again after. 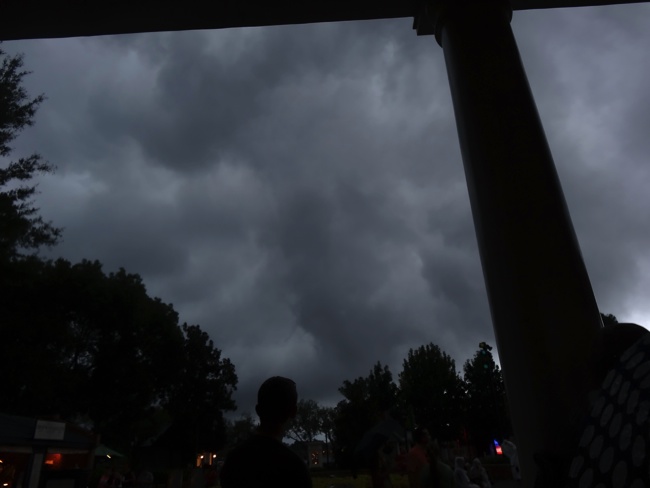 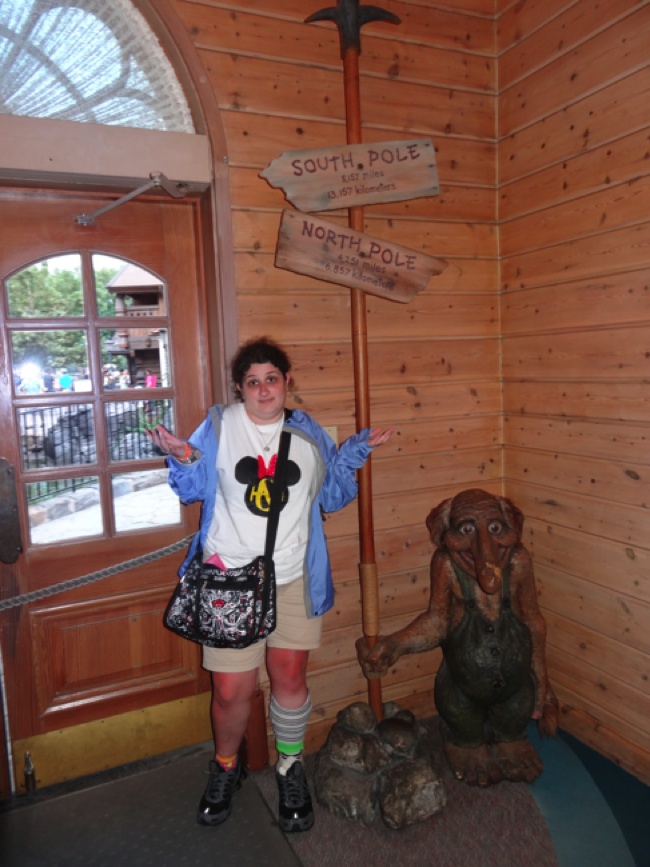 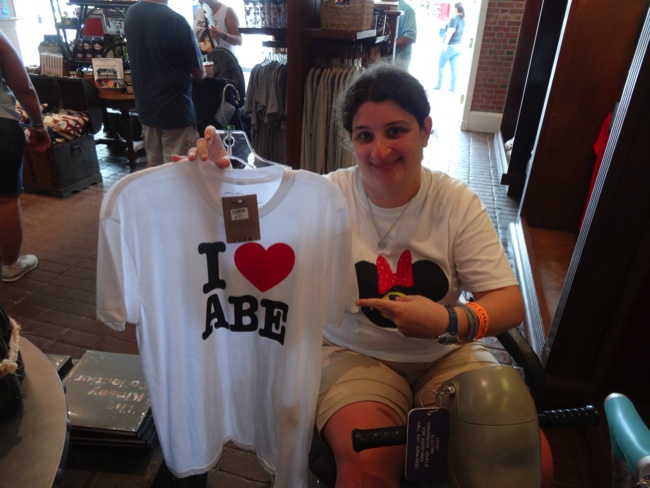 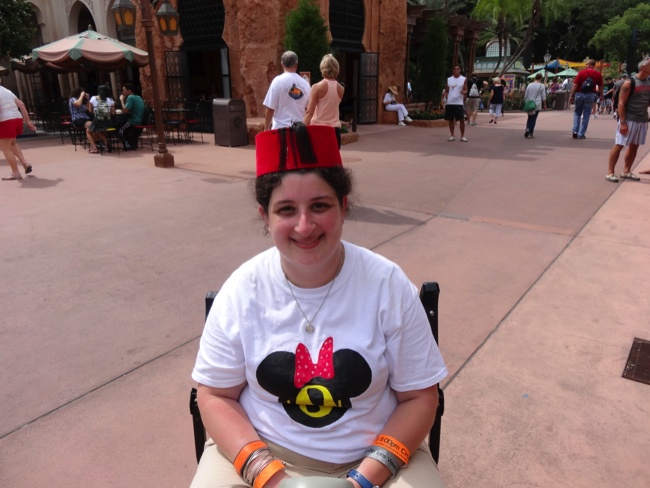 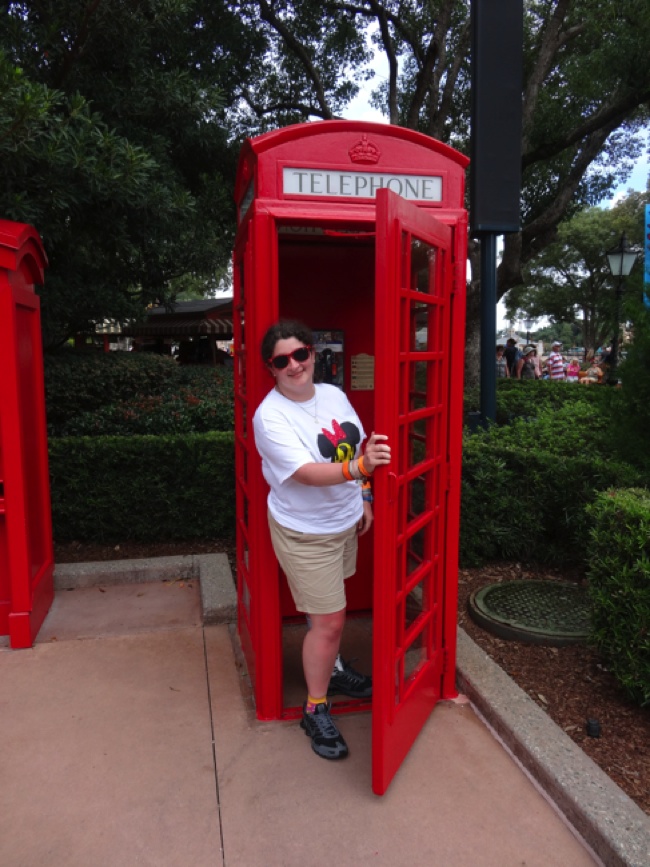 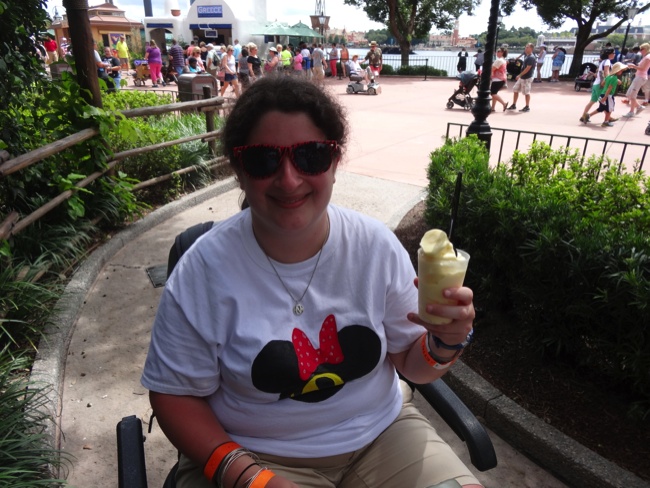 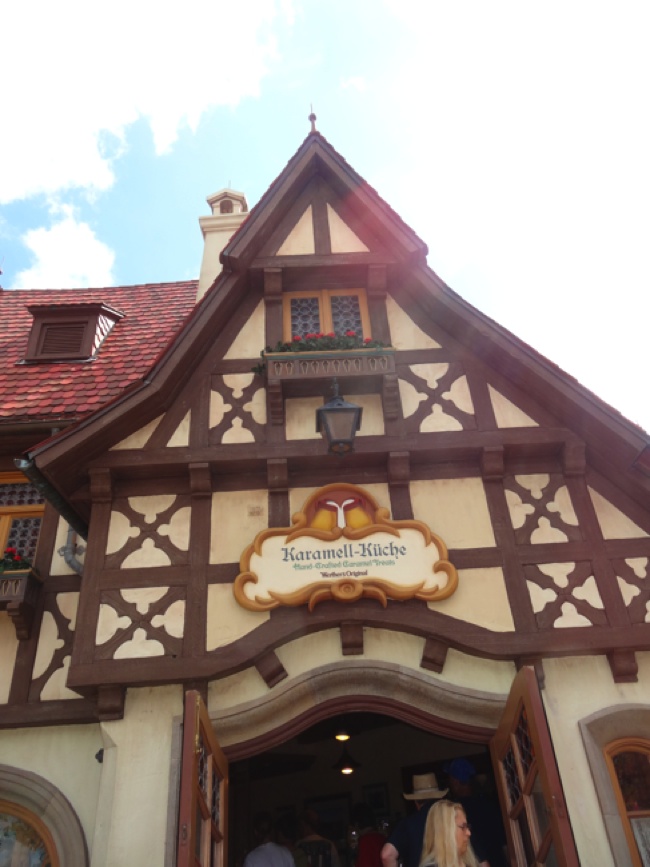 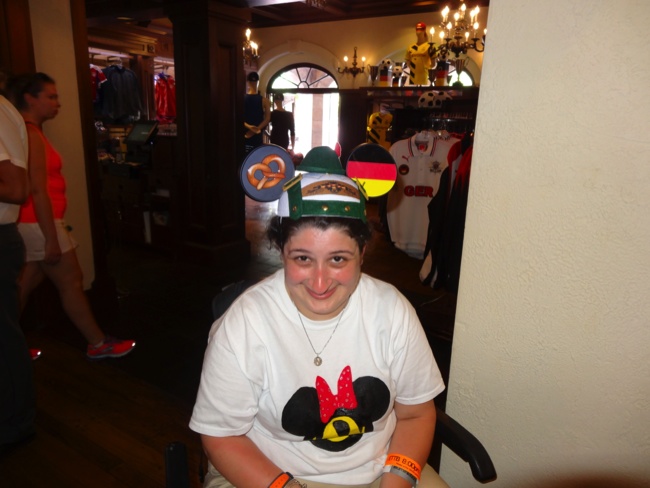 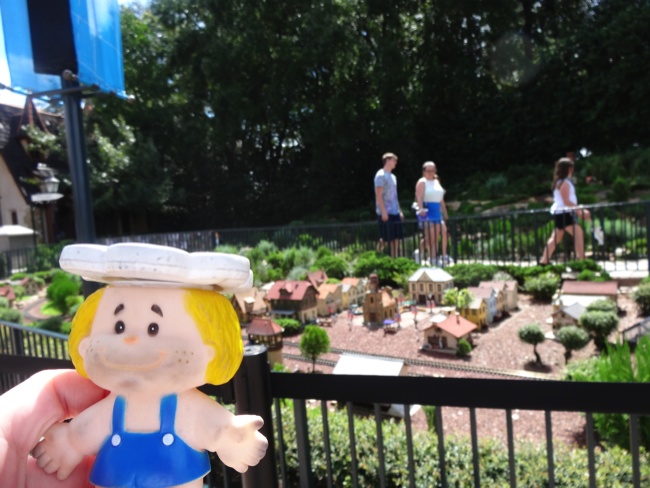 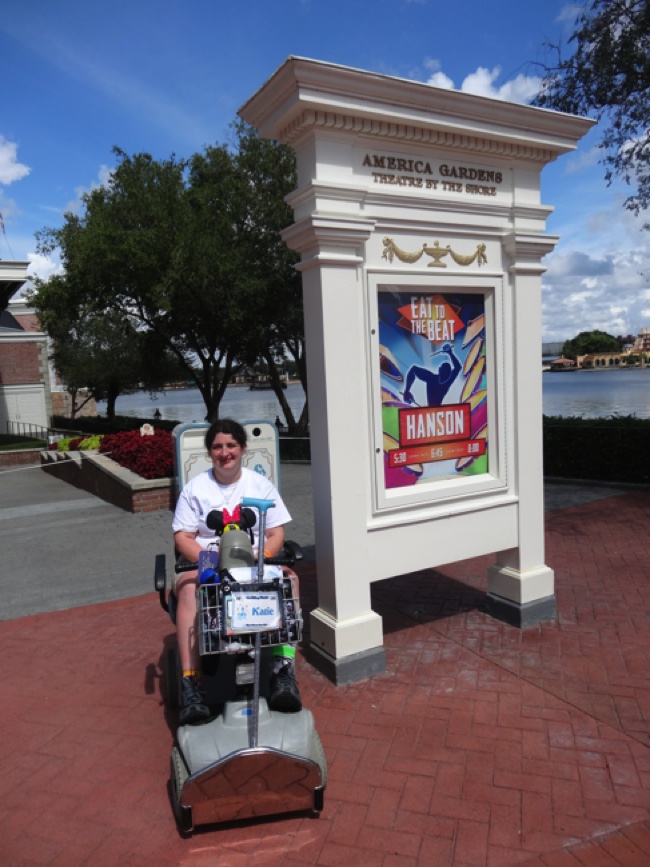 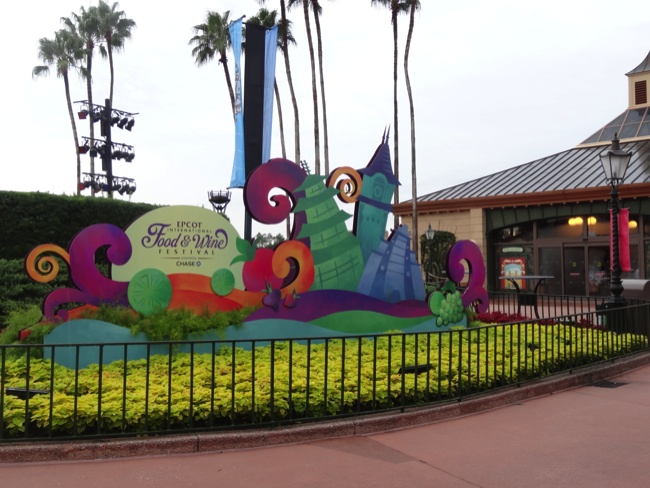 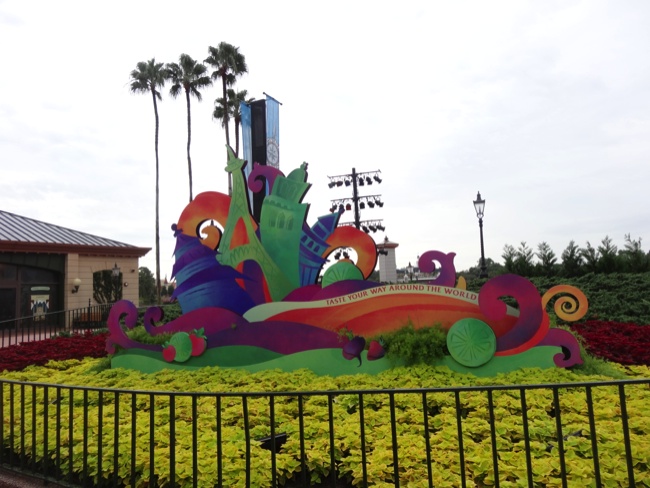 Our other snacks included dole whips, London to meet Tigger and Pooh, Creme Brulee in France (and FINALLY track down the Chip magic shot!), and meeting Aladdin and Jasmine in Morroco.  Aladdin had me freaking CRACKING UP omg. I dont even know why everything was so funny, but Aurora told me at lunch that Jasmine borrowed a carpet and never brought it back.  Jasmine said that she didn’t know what Aurora was talking about and she must have dreamt it!

We also had some bread in Brazil and then headed through the store in Japan because it is cute and it was hot and we wanted to steal some AC for a bit.   We made it back to America but storms were coming so we headed down to Norway – rain jackets on – and Maelstrom was up and running! Hooray! So I took what I believe to be my first – and last – ride on it.  When we got out of the ride it looked like the skies were about to open up.  We quickly hopped on the scooter and found a place to hide in China and it poured and poured.

Watching the weather on a phone app, we made a break back to America so we’d be in position to scoot down for the Hanson shows….

But more on that later!