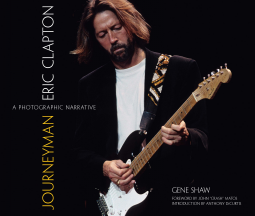 Journeyman: Eric Clapton — A Photographic Narrative is written by Gene Shaw who has gotten the chance to travel the world photographing Eric Clapton shows over the last many years.  The cool thing is that he is from New York, so a lot of the venues he mentioned (at least those in the US) are ones that I have gone to as well – the last chapter is all about Eric Clapton’s show at Mohegan Sun – which is I think where I’ve seen most of my concerts over the past few years!

Each chapter focuses on a different show, with some commentary from Shaw, some photographs and the details of the show – who was playing with the bad, what the setlist was, etc.  I had to laugh a little when one of the setlists was listed as the complete setlist being unknown.  I have a few of those too.

Definitely a cool book, some cool experiences and great photographs!

For over five decades, Eric Clapton has ranked among rock’s premiere guitarists—and since the early 1980s, famed music photographer Gene Shaw has been capturing great moments from Slowhand’s electrifying career. More than 150 of Shaw’s rare color and black-and-white photographs offer a front-row fan’s perspective on many legendary musical events. Highlights include Clapton’s performance at the 1983 ARMS benefit; the 1992 show with Elton John at Shea Stadium; the 2005 Cream reunions at the Royal Albert Hall and Madison Square Garden; several appearances at the Rock and Roll Hall of Fame induction ceremonies; and the current Crossroads Guitar Festivals.
Shaw provides a commentary on each show, recapturing the emotionally charged moods of venues ranging from small clubs and theaters to vast stadiums and arenas. Notes on the performances include a partial band lineup and complete set list. This unique retrospective includes an Introduction by Rolling Stone writer Anthony DeCurtis and a Foreword by John “Crash” Matos, artist and designer of some of Clapton’s signature guitars.

Book Review: Switch Me On 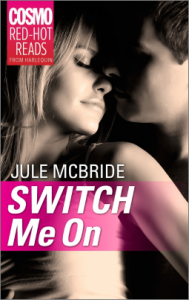 This book is about Ari and Bruno, they meet at a club where Ari was DJing. Bruno is totally into her and he ends up taking her home – to his place.  A little while later, her twin sister is assaulted in an elevator. When Ari goes to the police station to help out her sister, it turns out that it was Bruno who did it – he thought that Ari’s sister was her.  But Ari’s sister seems to have her life together and is about to get married in a matter of days.

For a red-hot read, this book had a lot more back and forth going on than anything really red-hot.  I did like the storyline, to a certain extent, though there were almost too many characters – Ari and Bruno, Ari’s meddling parents (well, her Mom the most) and Ari’s sister and the two guys vying for her attention.

I usually like that these books are short and hot (and get to the point) but this one kind of fell flat.  I may have worked better as a more fleshed out novel. (no pun intended?)

Some girls are made for the city

Successful voice-over artist Ari Madden has been planning her escape from Blackwater Inlet for years. In three more weeks, she’s making tracks—away from her cloying family, the gossip mill and her rep for rejecting local men who threaten her dreams. So it’s definitely the wrong time for a total stranger to start delivering sexy shocks to her lady-circuits.

Bruno Brandt meant to unwind in his new getaway cabin in Podunkville, not get recharged by a red-hot woman with small-town blues. Outrageous, sultry Ari sparks him like a live wire, though, convincing him their fling will never be enough. He’s a world-class whiz when it comes to anything electric, but can he do what no man ever has before—jump-start Ari’s desire to commit? 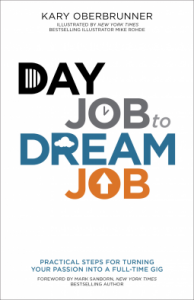 While reading this book I realized I have quite a few “dream jobs”… to create an app and make millions off of it, to blog, to follow Hanson (and probably blog about it), to write books, to write code… None of which I am doing at my current job.  But how do I go about figuring out which one of these is the dream job above all others and how do I go about actually getting paid to do it?  Enter the book Day Job to Dream Job.  It certainly gave me a lot to think about but it basically plans out all the steps and what you need to do to be on your way to your dream job.  There are tons of tips and useful information on every page.  In fact, I’m thinking I should go back and re-read this again and take notes!

Go as you please, earn as you wish, and live as you like. Start living your dream job today!

Are you squandering your talents in a job you don’t love? Do you feel trapped and dissatisfied, afraid to risk your financial security to pursue your dream? The truth is you don’t need an MBA, investors, or a lucky break to have the job you always wanted. With the right amount of knowledge, encouragement, and guts, anyone can make the leap from day job to dream job!Author and life coach Kary Oberbrunner shows you how to· overcome self-limiting beliefs that sabotage success· build a dream team of experts committed to your cause· carve out a niche and get noticed in a noisy world· achieve personal clarity, competence, and confidence· and much moreThrough sharing his own story and the success of others who have followed his process, Kary gives you the tools you need to turn your passion into your full-time gig–starting now! 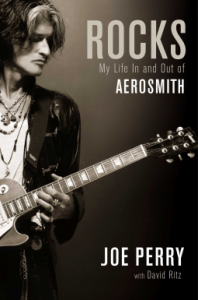 Rocks – My Life In and Out of Aerosmith is the autobiography of Aerosmith’s lead guitarist Joe Perry.  Aerosmith are one of the bands on my “concert bucket list” I would love, love, love to see them but as of yet have not had the chance. (Usually whenever they come around I either can’t get anyone else to go, or if I decide to go alone ticket prices are out of my budget at the time. One of these days I hope I can make it happen!)  I really prefer autobiographies or biographies where the subject is very much so involved in the writing of the book because you know you are getting the true story of their life and not something that has been twisted from various other news sources.  Joe writes this book as if he is just telling you the story of his life. It is very well written and easy to read, as if he is in the room with you just talking about his life.

Within the first 100 pages of the book – Joe meets Steven Tallrico (aka Steven Tyler of Aerosmith).  It’s interesting to read of him recalling these early interactions and how Joe thought that all of Steven’s bands were “professional sounding”.   There are a lot of up and downs with the band – and Joe was in and out of the band as well.  It is nice to have an insider’s side of the story.  If you’re a fan of Aerosmith or just a casual listener, you’ll enjoy this book.

In the tradition of the mega-bestseller Life by Keith Richards, Aerosmith’s Joe Perry opens up for the first time about the wild, inside story of his life in the legendary band he cofounded in 1970—which is still going strong today.

In Rocks, Joe Perry exposes his unrepentant, unbridled life as the lead guitarist of Aerosmith. He delves deep into his volatile, profound, and enduring relationship with singer Steve Tyler and reveals the real people behind the larger-than-life rock-gods on stage. The nearly five-decade saga of Aerosmith is epic, at once a study in brotherhood and solitude that plays out on the killing fields of rock and roll.

With record-making hits and colossal album sales, Aerosmith has earned their place in the Rock and Roll Hall of Fame. But theirs is ultimately a story of endurance, and it starts almost half a century ago with young Perry, the rebel whose loving parents wanted him to assimilate, but who quits school because he doesn’t want to cut his hair. He meets Tyler in a restaurant in New Hampshire, sways him from pop music to rock-and-roll, and it doesn’t take long for the “Toxic Twins” to skyrocket into a world of fame and utter excess.