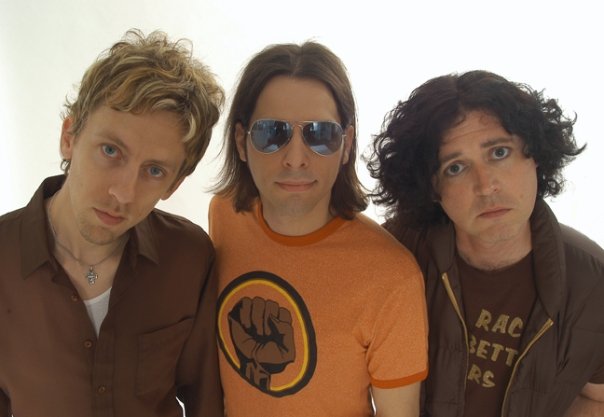 While Hanson was my first concert – Admiral Twin was the first band I had ever seen live.  While we were waiting to get backstage to meet Hanson (!!) they were waiting to hit the stage and were telling us to have fun.  When we got out of the M&G they were already on stage and to be honest, I really have no recollection of their performance other than being mad that it was dark and we had to navigate our way back to our seats while they were performing!

Admiral Twin is a local Tulsa band and friends of Hanson (one of the band members penned Hanson’s official book).  It appears they are now a trio, though I do remember there being 4 members back in 1998.

They are still performing live around Tulsa and their website boasts that since 1998 they have performed for well over 500,000 concert goers. (I am sure that Hanson’s Albertane Tour helped boost those numbers a little bit!)