Sunday night, Stephen Kellogg ended 2013 with his last show in Hartford, CT at the Arch Street Tavern.  This is a restaurant, not a venue so the seating was rather awkward.  We opted for a booth over a seat in the middle of the floor because we wanted to eat.  That meant I had my back to the stage and would have to lean around the booth to see the stage.  Opener Dan Mills took the stage at 8pm and I opted to not turn around for most of his set, but the sound was great and I did enjoy his set even if I couldn’t see him! At 9, Stephen took the stage and more people had showed up, blocking our view even if we did lean out of the booth.  Fortunately they ended up moving to a different spot and I ended up sharing the other side of the booth with my friend so I wasn’t twisting around all night.

Since it was a holiday run of shows – he did a couple of Christmas songs after talking about how creepy most of them are – noting particularly Santa Baby and Baby It’s Cold Outside. Then he did another creepy Christmas song – I Saw Mommy Kissing Santa Claus. He had Dan come back to sing Winter Wonderland with him and Dan stayed on stage to do Start the Day Early with him as well.

Before Ingrid’s Song he asked if the bar could be quiet for just 2 minutes and then seemed to get a bit annoyed when while he was talking about the song and how it is for his mother in law and glasses were still clanking. Things seemed to calm down when he was actually performing the song though.

He talked a bit about how David Copperfield had been really inspiring to him on his latest record (which he said based on sales he knew most of us didn’t have it. oops! I keep meaning to buy it but then get distracted!)  Then he read a few passages from the book.

He ended the main set with Thanksgiving – which gets so much emotion behind it, it gives you goosebumps. The song gets more and more powerful as it goes on and it was just an amazing performance.

For the encore he did a couple songs and then moved out in the crowd and stood on a chair to do My Favorite Place. And he had us sing along.. and along and along. It was a great sing a long to end the night!

He mentioned coming back to end his tour in March in Fairfield so I am looking forward to that – as long as it doesn’t fall on a date when I already have a show. (His other dates are dangerously close to the weekend I am already booked up!) 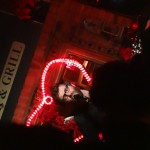 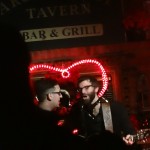 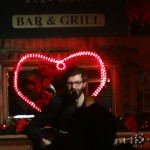 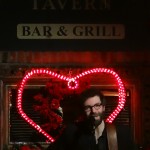 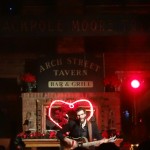 Born in the Spring
Watch You Grow
Shady Esperanto and the Young Hearts
Lost and Found
4th of July
The Brain is a Beautiful Thing
Girlfriend as Pretty As You
I Saw Mommy Kissing Santa Claus
Winter Wonderland
Start The Day Early
Men and Women
Ingrid’s Song
(Copperfield Reading)
See Yourself
Diamond
See You Later, See You Soon
Thanksgiving