December 17, 2013 by ConcertKatie No Comments

Monday night John Mayer returned to Bridgeport, CT where both he and I were born.  He had played there once before but I had to miss it because I was in college and had a math class that night.  I wasn’t entirely sure what to expect at a hometown show – other than greatness of course.

Phillip Phillips once again opened and his set seemed to be very similar to when we saw him over the summer.  The lady who danced through his whole set in Hartford was there too – still rocking out.

Then it was time for John! He came out and bowed to the crowd. The set started out almost the same as the summer show which was a bit of a disappointment – but I think I kind of hyped things up in my head that it was going to be amazing over the top and so I ended up letting myself down.

He said that he wrote in a speech before almost every song – which was totally ok with me because one of my major complaints from the summer show was that he didn’t talk enough. He talked about how he drove his girlfriend around Fairfield and showed her the house he grew up in and the gas station he used to work at. Talked about how there’s a thin line between pedophile and a guy just going to look at his old house. A lot about being home and how no matter where he goes it will always be home.  He also played his guitar from when he was 19 that he bought here and was told by many that he wouldn’t make it.

Before the acoustic set, the band was getting ready to leave the stage and he called them back and said that they were going to jam to one more song and that we could handle it and they did Tom Petty’s You Don’t Know How It Feels.

For nearly the whole show the girls from the music school next to me were chanting “Katy, Katy” after every song. (Of course I pretended they were chanting for me) rumors were swirling that she was in town (and I guess she was since John said he was driving her around) and that she was going to join him for Who You Love. They must have sound checked it because a few of the people who work there had mentioned that she was going to sing with him. There was nothing I wanted less than for her to perform with him. (Well I also didn’t want to pay $15 for parking – and turns out it was $20!) I guess I was in the minority. But she never did show up on stage.

I LOVED the encore – he did Please Come Home For Christmas (I’m all about songs that you probably won’t hear otherwise… even more so if it’s a Christmas song) and my favorite – Gravity.  And then the lights went on and everyone complained (except me) that Katy didn’t show up.  There were people actually really, really pissed over it as we were walking to the car saying it was bad promotion for the single that she didn’t perform with him. (Except they were going to be debuting it on National Television the next morning so I am pretty sure that is even better promotion, no?)

I do wish that there were more older songs thrown in the set but it was better than the summer show which was probably my least favorite show of his that I had seen. But I think that John is changing and is more into the newer stuff than the older stuff, which is to be expected, but I’m more looking for the nostalgia of older stuff. But he said he was going to play his ass off for us and I would say that he did. 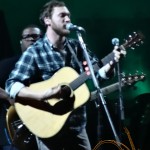 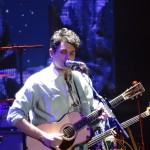 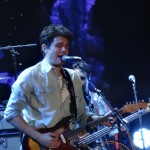 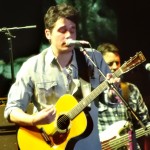 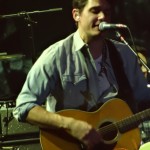 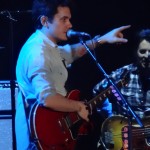 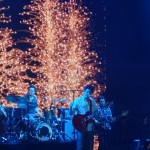 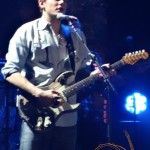 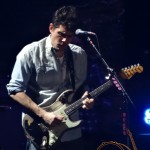