This post contains the setlist from the January 13 Kelly Clarkson Stronger show in Mashantucket, CT. If you don’t want spoilers, do not continue reading! 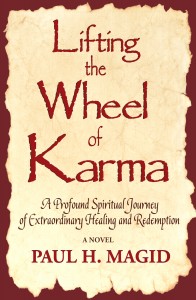 Lifting the Wheel of Karma is a book about Joseph Connell, a high school student living in Montana.  He is quite an athlete – so tough in fact that he has to compete against men in his karate competitions rather than other karate students his own age.  Haunted by nightmares, he believes that one of the ways to make them go away is to focus his energy on his karate. He goes in to one of his matches undefeated, but ends up being beaten by a guy named Tom.

On the way home from the match he ends up injured in an alternation with a deer and becomes wheelchair bound having control of only one of his arms.  Joseph decides that he needs to go to the Himalayas in India in order to learn “mind over matter” and teach himself to walk again.  His brother brings him to India and leaves him there to get back to his own family.

Joseph stays there for 3 years, meets a girl that he really likes, but is forced to come back home to Montana when tragedy strikes his family.

This book was a quick and easy read but interesting enough to keep me wanting to read on and with enough plot twists that I never did figure out just what was coming next!   I have *3* paperback copies of this book to give away.  To enter, check out the details at the bottom of this post.

A Profound Spiritual Journey of Extraordinary Healing and Redemption

Joseph Connell is a gifted high school athlete from Montana, loved deeply by his family, yet tormented by nightmarish visions he can neither explain nor escape.

He believes the answer to what threatens to crush him can be found in the knowledge possessed by a mystical old wise man, who lives deep within the remote Himalayas of India.

If Joseph is ever to find the peace he so desperately seeks, he must get this wise old man to reveal what he truly knows, but that will not be easy…for this sage knows far more than he admits.

A modern tale that harkens back to the myths of antiquity. It takes you on a remarkable journey, while exploring the themes of healing, redemption, forgiveness, sacrifice, and ultimately…peace within. 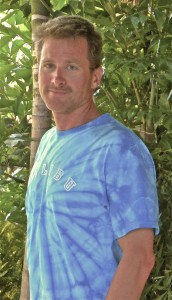 Paul H. Magid started writing his debut novel, Lifting the Wheel of Karma, twenty-five years ago while still in high school. It took him so long to complete because he tried repeatedly to abandon it, but the work refused to be forsaken. Eventually he realized that sharing this story with the world was, in fact, his Dharma.

Along the way he has worked as a Wall Street financial analyst, a waiter (not a very good one), a Hollywood Agent Trainee, a real estate developer, a summer day camp director, an award winning screenwriter, and independent filmmaker—including his autobiographical film, A Life Unfinished, which screened in The Hamptons International Film Festival.