January 22, 2012 by ConcertKatie No Comments 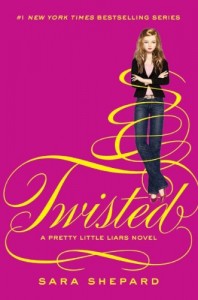 Just when we thought that Rosewood had seen the last of A… she’s back, bitches! With the success of the book series and television show, Sara Shepard decided she would write 4 MORE books for the series!  In July, #9 Twisted was release and earlier this month #10, Ruthless was released.

At first I wasn’t sure if I wanted to read more as I was happy with the story of the first 8 books.  Then I read a preview for book #9 and was hooked!   I’m going to try to review the books without giving too much away, so bear with me if I am really vague at some points (or if I accidentally give something away from one of the earlier books).

The book starts with a flashback of the girls taking a trip to Jamaica where they meet a girl named Tabitha who they are convinced is their friend Ali that disappeared.  Of course, the Pretty Little Liars can’t go anywhere without drama, so there is certainly some drama on their trip.

A couple of new characters are thrown in the mix – Kelsey who Spencer meets at a college program over the summer and Klaudia a foreign exchange student staying with the Kahn’s (Aria’s boyfriends family).  Also – Hanna’s dad is running for political office and so his opponent and family are added to the storyline as well. 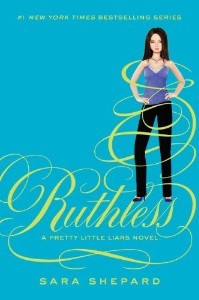 there is someone new tormenting them.  They can not figure out who the person is, but it seems that she knows ALL of their secrets.  At the end of book 10, they think they have it all figured out, but realize that they don’t have a clue.  They also find out some new information with the storyline and I can not wait for books 11 and 12!

I also have to say – don’t worry about reading 9 or 10 and being left with a crazy cliff hanger – while you will want to keep reading, it doesn’t end with such suspense that you won’t be able to make it until the next books are released. 🙂  #11 is due out in June of 2012