October 26, 2016 by ConcertKatie No Comments 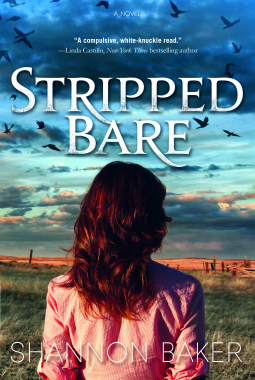 Since this book was a “must read” I figured I… must read it.  I wouldn’t consider it a must read by any stretch, but it was a decent book. It did take me a while to get through it and I’m not sure if that was because of how it’s written or just because I’ve been so busy lately.

The book is about a woman named Kate.  She is married to the Sheriff.  She is currently taking care of her teenage niece Carly whose mother and father have both passed away.  The book begins with Kate getting a call from another local woman named Roxy that Eldon (Carly’s granddad) and Ted (Kate’s husband) have been shot.  Eldon is killed and Ted is in the hospital.  She finds out that Ted got to the scene of the crime quickly because he’s been having an affair with Roxy.  It seems like everyone in town knew what was going on but Kate.  Carly is also nowhere to be found.

When the police come in to investigate, Ted ends up confessing that he killed Eldon.  Kate knows better and knows that he is protecting someone and she vows to find out herself who it is.  When mysterious accidents keep happening to her, she knows she is on the right track but she isn’t sure if she will solve it before something terrible happens to her.

There are a lot of characters in town that we meet throughout the story since Kate and Roxy (!) end up teaming up to try and solve the crime and see whodunit.

I had no idea who the suspect was until all was revealed. If you’re into murder mysteries you’ll have to check this one out and see if you can fair any better than I did.

Stripped Bare by Shannon Baker is “A must read” (Alex Kava, New York Times bestselling author) that stars a female Longmire in the atmospheric Nebraska Sandhills.

Kate Fox is living the dream. She’s married to Grand County Sheriff Ted Conner, the heir to her beloved Nebraska Sandhills cattle ranch, where they live with Kate’s orphaned teenage niece, Carly. With the support of the well-connected Fox Clan, which includes Kate’s eight boisterous and interfering siblings, Ted’s reelection as Grand County Sheriff is virtually assured. That leaves Kate to the solitude and satisfaction of Frog Creek, her own slice of heaven.

One night Kate answers a shattering phone call from Roxy at the Bar J. Carly’s granddad Eldon, owner of the ranch, is dead and Ted has been shot and may never walk again. Kate vows to find the killer. She soon discovers Ted responded so quickly to the scene because he was already at the Bar J . . . in Roxy’s bed. And to add to her woes, Carly has gone missing.

Kate finds out that Eldon was considering selling his ranch to an obscenely rich environmentalist. Some in town hate the idea of an outsider buying up land, others are desperate to sell . . . and some might kill to get their way. As she becomes the victim of several “accidents,” Kate knows she must find the killer before it’s too late. . . .