Book Review: How To Catch a (Falling) Star

October 24, 2016 by ConcertKatie No Comments 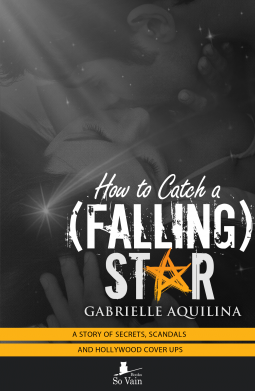 How to Catch a (Falling) Star is the sequel to How to Catch a (Rock) Star which I read and reviewed last summer. That book was about Lillie and Jed, who are featured characters in this book as well, but his book followed Jed’s band mate Johnny and TV actress Darcy Swanson.    Both are on a TV show in the UK, along with another famous actor.  Johnny ends up catching Darcy and the actor after the show – and things seem to be going downhill from there.  Johnny is in jail and charged with assault even though he didn’t do anything, and Darcy wants to keep what happened a secret so it’s possible that Johnny will get in trouble for something he didn’t even do.

About half of the book is before the two even realize that they are into each other – or at least before they decide to act on it.  Like the other book, the love scenes are minimal even though it is considered a “rock star romance”, but like the prequel story, I didn’t really have a problem with that since there was so much action and drama going on with the rest of the story and what was going on.

This book had a lot of female empowerment in it and women standing up for themselves and taking a stand, which I really liked and it is a really great message.

Johnny Moretti, bassist of American rock band The Dead Hour, is hot, single and in demand with women, but he’s becoming disillusioned with the rock star lifestyle. Not that he wants to settle down like his band mate, Jed. Hell, no. He just wants something more out of life than meaningless hook-ups.

While filming for a popular UK chat show, he meets American TV actress Darcy Swanson for the second time. As with the first time they met, there’s no love lost between them so when their lives are thrown together unexpectedly when a traumatic incident involving movie superstar Jack Ford occurs, neither knows quite how to handle it.

With Johnny facing prison and Darcy’s hard-earned career in serious jeopardy, they both need to confront their pasts and face up to the truth, but are they be brave enough to do it?

A web of Hollywood cover-ups begins to surface, but will Johnny and Darcy be the first spark to light the fire and run the risk of getting seriously burnt or will they stay silent and suffer the consequences?